15-year-old suspect arrested in shooting death of an 11-year-old girl in the Bronx, police say 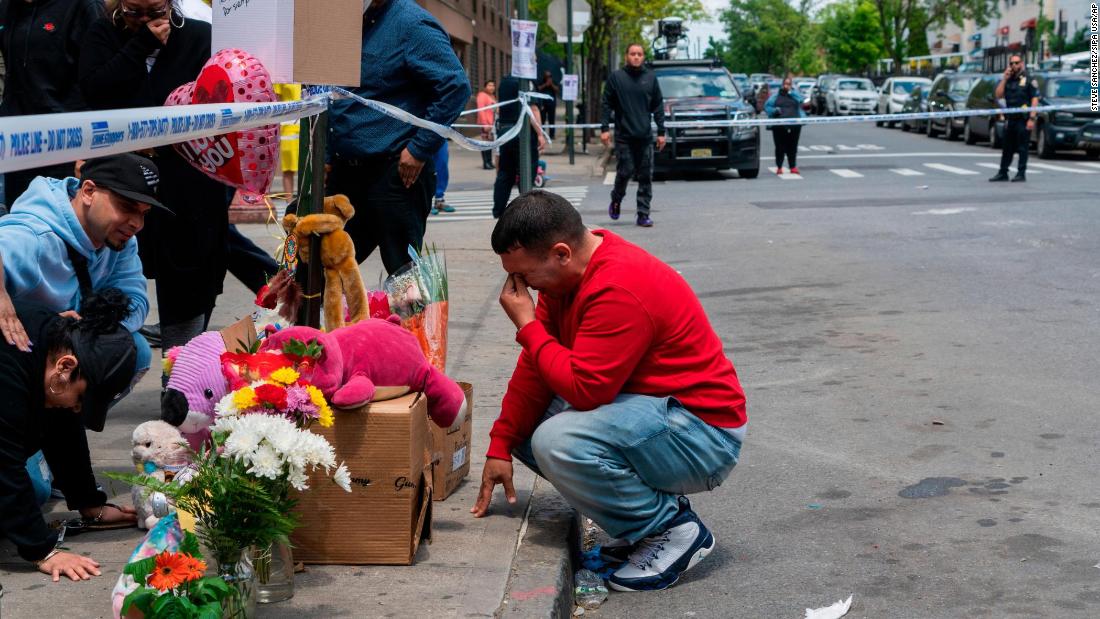 The teenager was captured without incident in a hotel in the Bronx early Friday over the killing of Kyhara Tay, NYPD Chief of Detectives James Essig said during a news conference. The teenager and his mother had booked the room the night before, he said.

The shooting unfolded Monday just before 5 p.m. when an 18-year-old was allegedly driving an electric scooter with the 15-year-old riding in the back. The 15-year-old tried to shoot another 13-year-old boy who was fleeing from the pair on foot, authorities say. A stray bullet hit Kyhara in her abdomen and she died later that night at a hospital.

“I won’t say she was in the wrong place because why shouldn’t an 11-year-old child be able to stand outside in broad daylight?”

The tragic shooting comes as New York City grapples with an uptick of gun violence that has reached even the city’s youngest. In January, a stray bullet hit an 11-month old girl in the face while she was sitting with her mother in a parked car on a Bronx street.

Adams added that since being sworn in, his administration has removed 2,887 guns from the streets, but new firearms continue show up.

So far this year, 16 children under the age of 17 have been shot in the Bronx, said Darcel Clark, the borough’s district attorney. Eleven of those victims were under 15, and five of whom were under 14, Clark said.

“We have to focus on gun violence all the time,” Clark said.

Police are still searching for the 18-year-old alleged driver, Omar Bojang. Authorities are urging the public to come forward with information.
On Tuesday, police announced a combined reward of up to $10,000 for people who provide information that leads to an arrest, including up to $3,500 from CrimeStoppers upon arrest and indictment and $6,500 from the NYPD upon arrest and conviction.

CNN has reached out to the Bronx District Attorney’s office to inquire whether the 15-year-old has retained an attorney.