4 OTC Medications You Can Get Addicted To, Experts Warn — Best Life 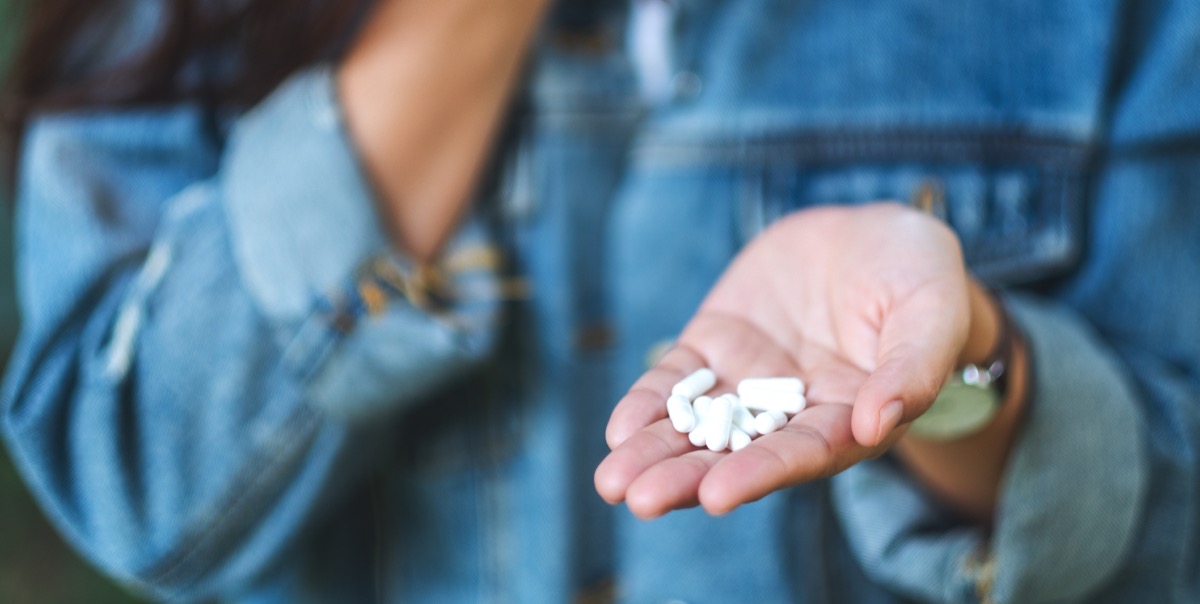 Most people have several over-the-counter (OTC) medications in their bathroom cabinet at any given time. Not only do these drugs come in handy when you have a headache, the sniffles, or a cough that keeps you up at night, they’re typically considered safe at recommended doses. However, some OTC meds are more likely to trigger addiction than others, leaving you vulnerable to OTC drug abuse.

While these medications may be less potent than their prescription counterparts, they are also readily available without the watchful eye of a doctor—meaning addictions can quickly spiral out of control. Read on to find out which four popular OTC medications can be seriously addictive—and in rare cases, deadly.

READ THIS NEXT: This Popular Med Is “The Most Dangerous OTC Drug,”According to Doctors.

Diphenhydramine (DPH), an antihistamine found in allergy medications such as Benadryl and sleep aids such as Advil PM and Aleve PM, is known to cause addiction. According to a 2017 study published in the journal Neurology Clinical Practice, that’s because these OTC drugs can induce “elevated mood, increased energy levels, and mild euphoria.”

The U.S. Food & Drug Administration (FDA) warns that overdose symptoms may include acute psychosis, seizures, difficulty breathing, or collapse. While the study notes that “the exact mechanism leading to abuse is unknown,” and “abuse of DPH may be difficult to identify,” overuse can lead to unintentional withdrawal, hospitalization, or even death.

READ THIS NEXT: This Popular OTC Drug Can Easily Cause “Severe Damage,” Doctor Warns. 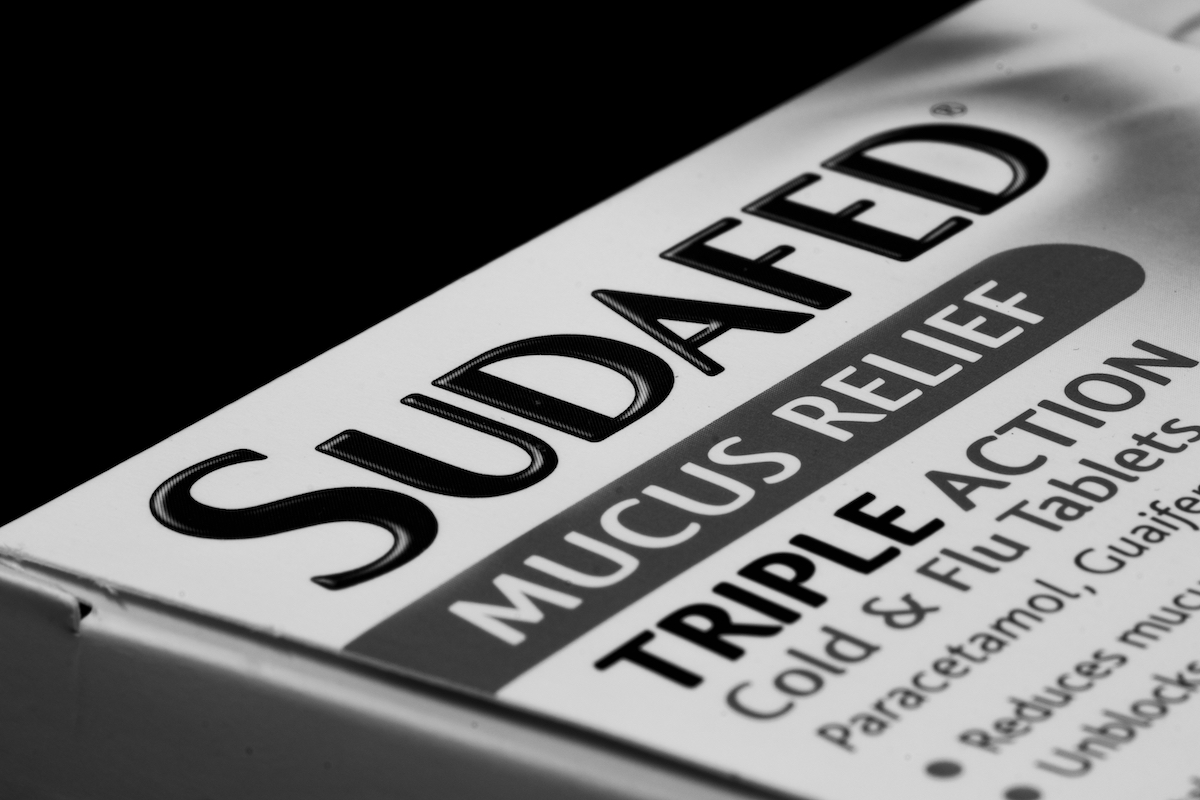 Pseudoephedrine (PSE) is a decongestant used to relieve stuffy nose, sinus pain, or nasal pressure caused by infection. It is sold in the form of cough syrups under the brand names Robitussin, Sudafed, DayQuil, Mucinex, and others. Decongestant pills and capsules can also contain pseudoephedrine.

This particular OTC drug is addictive because it “can give you an instant high,” says Chaye McIntosh, MS, Clinical Director at ChoicePoint, a network of online and in-person addiction treatment centers.  Unfortunately, she told Best Life, this is “an unknown fact for many people.”

For this reason, and because pseudoephedrine can also be used to make methamphetamines, the FDA limits how much an individual can purchase in one month. They also require customers to present photo identification to purchase the medication, and pharmacies to track the personal information of these customers for two years following their purchase.

Dextromethorphan (DXM) is another common active ingredient found in cough syrups such as Robitussin, as well as other OTC medications. According to the Partnership to End Addiction, this particular cough suppressant can provide a powerful psychoactive experience that many find addictive. “DXM may produce euphoria and mind-altering effects when taken in quantities greater than the recommended treatment dose,” the organization explains.  “People who misuse DXM describe different ‘plateaus’ ranging from mild distortions of color and sound to visual hallucinations and ‘out-of-body’ sensations, and loss of motor control.”ae0fcc31ae342fd3a1346ebb1f342fcb

The side effects of misusing dextromethorphan can be serious, and may include “confusion, dizziness, double or blurred vision, slurred speech, impaired physical coordination, abdominal pain, nausea and vomiting, rapid heartbeat, drowsiness, numbness of fingers and toes, and disorientation.” Medications that include this ingredient often also contain antihistamines, pain relievers, and decongestants, which can contribute to additional side effects, such as sedation.

Loperamide is an anti-diarrheal OTC medication commonly sold as Imodium A-D, among others. Experts warn that this particular drug has been linked with addiction, and can have serious side effects if taken in excess. “Loperamide acts on opioid receptors in the gut to slow the movement in the intestines and decrease the number of bowel movements,” explains the FDA. “In cases of abuse, individuals often use other drugs together with loperamide in attempts to increase its absorption and penetration across the blood-brain barrier, inhibit loperamide metabolism, and enhance its euphoric effects.”

Overuse of loperamide can be dangerous or even fatal. “It is safe at approved doses, but when much higher than recommended doses are taken, it can lead to serious problems, including severe heart rhythm problems and death,” says the FDA.

READ THIS NEXT: This Is the OTC Drug Most Likely to Cause Seizures, Experts Warn.