5 dead after severe thunderstorms in Ontario and Quebec; hundreds of thousands without power 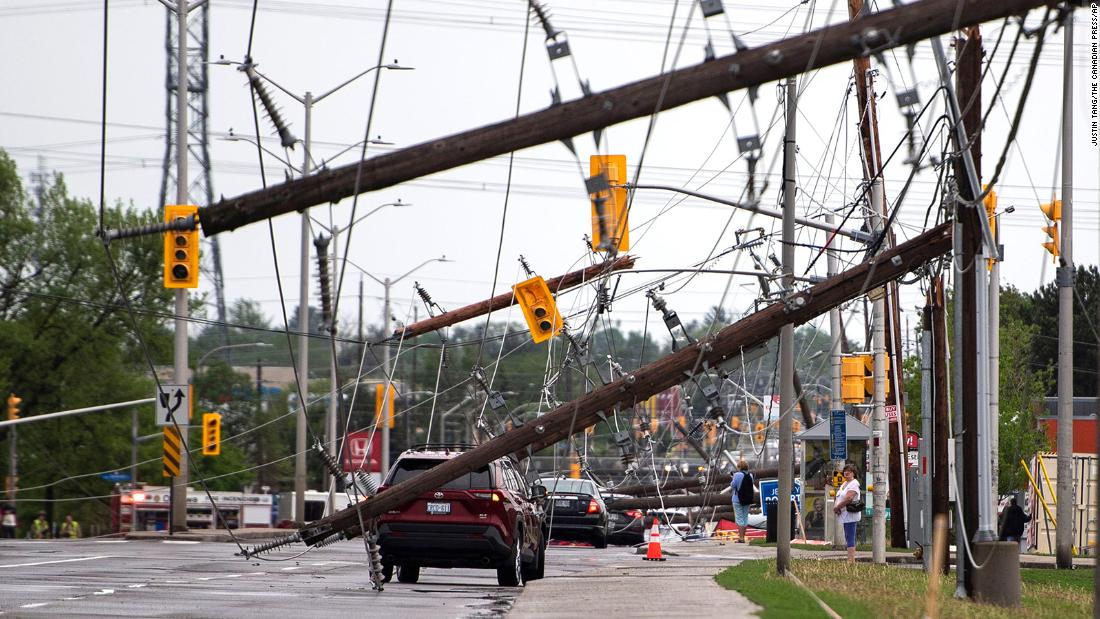 “There were five fatalities reported and a few others injured as a result of the strong winds with this line of thunderstorms,” read a weather summary for Ontario and the National Capital Region. “There was also extensive damage to trees, power lines and buildings. There were also overturned cars reported as well as widespread power outages.”

The line of thunderstorms developed near Sarnia, a city in Ontario, late Saturday morning and tracked over southern Ontario towards Ottawa Saturday afternoon, according to Environment Canada.

The storm left more than 350,000 customers without power, and “many power outages continue today,” the agency said Sunday.

Hydro Quebec said on its website that restoration of service progressed overnight and Sunday morning, and close to 500 crews were mobilized on Sunday.

“Severe thunderstorms that moved across Quebec on Saturday night caused many power outages, mainly in the Laurentians, Outaouais and Lanaudière. At the height of the event, approximately 550,000 customers were without power,” Hydro Quebec said on its website.

Currently, Hydro One is reporting that more than 200,000 customers are without power in Ontario.