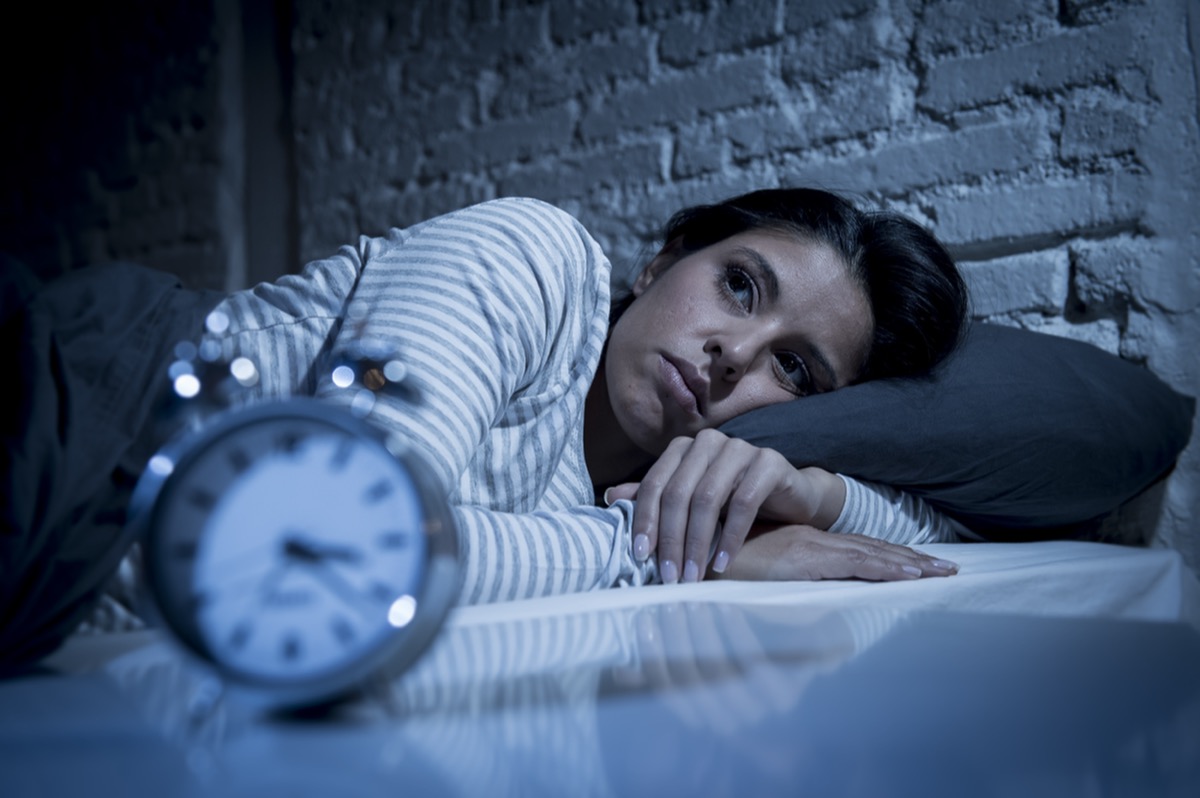 The negative effects from a lack of sleep go far beyond the bags under your eyes. Not getting enough shut-eye can lead to memory problems, irritability, and more—something that people suffering from sleep disorders such as insomnia know all too well. About one in three American adults struggle to sleep at night, according to the Sleep Foundation, and many turn to sleep medication for relief.

“Medications utilized for insomnia can help in different sleep cycles depending on what an individual needs,” says Reema Hammoud, PharmD and AVP of Clinical Pharmacy at Sedgwick, a third-party claims management provider. “Some drugs help with falling asleep, some help with staying asleep, and others help regulate circadian rhythm.”

These drugs, however, are meant for short-term use. When used for too long or in high doses, they can have detrimental consequences to your health. Read on to discover which signs might mean your sleep medication is doing more harm than good.

READ THIS NEXT: If You Take This Common Medication to Sleep, Stop Now, New Study Says.

According to Hammoud, daytime drowsiness is a fairly common symptom of most sleep medications. However, when used continuously, this and other side effects may be heightened. A lack of focus or excess sleepiness throughout the day can negatively impact your ability to complete normal daily tasks such as chores or work functions, and can even put you in dangerous situations.ae0fcc31ae342fd3a1346ebb1f342fcb

READ THIS NEXT: Your Stroke Risk Is 85 Percent Higher If You Sleep Like This, Study Says.

“Side effects [of sleep medication] may also include learning and memory deficits,” says Thimmapuram. He explains that many popular sleep medications create their sedative effect by suppressing activity-promoting centers of the brain, while others may stimulate the receptors of the brain which promote sleep. The same medications may also have effects on the brain which inhibit your ability to create memories and process information. What’s more, some studies have even reported a correlation between the frequent use of sleep medications and the development of dementia or Alzheimer’s later in life.

If your partner or other family members have reported abnormal behavior from you at night, it could be linked to your sleep medication. Though not particularly common, long-term use of sleeping aids can bring on nighttime occurrences called parasomnias.

“Parasomnia refers to an abnormal or unusual behavior during sleep such as sleep walking, sleep talking, bedwetting, and sleep terrors, among others,” says Thimmapuram. “There are many causes of parasomnias, and the use of sleep medications such as hypnotics has been reported to be one of them.”

If you’ve been taking some form of sleep medication for longer than the recommended time—typically just a couple of weeks—you may start to notice a dulling in its strength. This likely means you have developed a tolerance to the medication’s sedative effects and you need higher and higher doses to compensate.

However, you should always consult with your doctor before taking any sort of sleeping pills or upping your intake. High doses can lead to serious consequences, including breathing irregularities and extremely impaired judgment and behaviors. Sleeping pill overdoses can even lead to death, especially when mixed with other substances or medications.

“Perhaps the biggest concern is the potential for addiction and physical dependence,” says Sarah O’Brien, an addiction specialist with Ark Behavioral Health. “The likelihood of developing a substance use disorder increases with long-term use of sleep medications because the body will become dependent on the drug.” Some people may take them to the point that they need them every single night, and even begin craving them throughout the day, according to the Addiction Center.

For those who have become addicted to sleep medication, O’Brien says it’s important to consult your doctor and to “wean off of use gradually to avoid negative withdrawal symptoms.” Quitting “cold turkey” could lead to unpleasant symptoms including rebound insomnia, nausea, irritability, panic attacks, and depression.

In order to avoid the risks associated with sleep medication all together, doctors recommend natural remedies or other methods to improve quality of sleep for those with disorders such as chronic insomnia.

“Some alternatives to help with insomnia include avoiding watching television late at night, avoiding blue light (including cell phones) since it decreases the natural melatonin in the body, establishing a sleeping routine and sleep hygiene, avoiding alcohol and drugs such as caffeine, stimulants, and B-vitamin supplements closer to bedtime,” says Hammoud.

Cognitive behavioral therapy can also be an effective treatment option for insomnia, according to the experts at the Mayo Clinic. The practice helps patients to identify and change the thoughts or behaviors causing their sleep problems through techniques such as stimulus control therapy, relaxation training, sleep environment improvement, and sleep restriction.

READ THIS NEXT: If You Do This When You Sleep, Talk to Your Doctor, Study Says.