7 things to watch in Georgia, Alabama and other primaries Tuesday 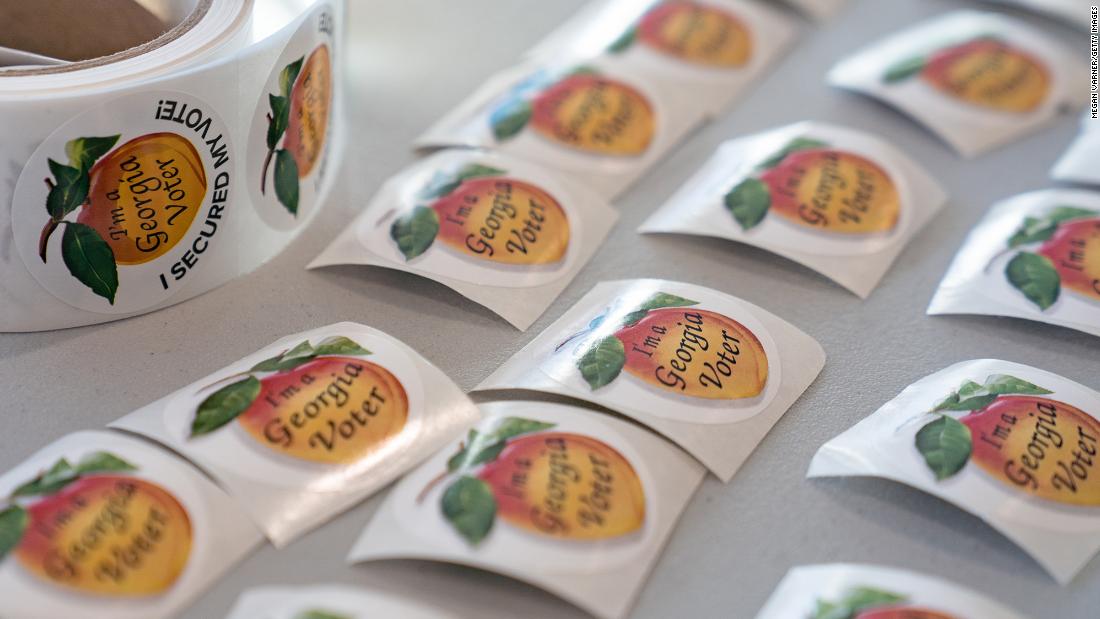 Here are seven things to watch in Tuesday’s elections in Georgia, Alabama, Texas, Arkansas and Minnesota:

Trump turned Georgia into the centerpiece of his effort to punish Republicans who rejected his lies about widespread election fraud costing him the 2020 presidential race. He pushed Perdue — who lost his seat in the same election cycle that Trump became the first Republican presidential nominee since Bob Dole in 1996 to lose Georgia — to run in the primary.

But polls show most Georgia Republicans are ignoring Trump’s mission against Kemp, and that the first-term governor is poised to win easily.

That’s in part because Perdue was a one-note candidate focused on relitigating 2020’s election, while Georgia Gov. Brian Kemp, aside from his clash with Trump, has a record that makes him popular with GOP voters. He reopened Georgia so early in the coronavirus pandemic that even then-President Trump said it was “too soon.” He signed into law a restrictive new voting measure that placed limits on mail-in voting. He imposed a gas tax holiday. He took conservatives’ side in brewing cultural battles over schools.

And perhaps most importantly, Kemp — unlike Perdue — is a proven winner. He defeated Democrat Stacey Abrams in one of the nation’s most hard-fought governor’s races in 2018. Four years later, Republicans who watched the party lose the presidential race and both of Georgia’s Senate seats in the 2020 election are focused on electability, and the winner of Tuesday’s primary will once again face Abrams.

“I think Stacey Abrams is a great unifier. I think every Republican in Georgia will be unified after Tuesday,” Kemp told reporters over the weekend.

Can a Republican Trump spurned win a primary?

“Just call me a modern-day Lazarus,” Brooks told CNN’s Gabby Orr on Sunday, using a resurrection to describe his campaign — one where Trump pulled his endorsement two months ago because Brooks argued it was time to look ahead to the 2022 and 2024 elections, and not at Trump’s 2020 presidential loss.
The primary in Alabama is yet another test of whether Trump’s sway — or in this case, Trump’s antipathy — is enough to sink a candidate. If no candidate receives over 50% of the vote in the primary, the race between Brooks, Britt and Durant will head to a runoff next month, something Brooks admitted was “very little” to happen.

Alabama is also host to a gubernatorial primary in which incumbent Republican Gov. Kay Ivey is fending of challenges from the right centered on her decision to use her office to push Alabamians to get vaccinated in the middle of the coronavirus pandemic. Like the Senate race, it is possible that Ivey will be forced into a runoff.

There is less drama in Georgia’s Republican Senate primary: Former football star Herschel Walker, who is backed by Trump, has a commanding lead in the polls and is all but certain to become the nominee to take on Democratic Sen. Raphael Warnock in November.

The clash between Warnock and Walker will be one of the nation’s marquee Senate races. With control of the 50-50 Senate up for grabs, Republicans see Georgia as a prime opportunity to pick off a Democratic seat just two years after Warnock defeated Republican Sen. Kelly Loeffler in a special election.

The race sets up a clash on racial issues: Warnock is the senior pastor at Ebenezer Baptist Church in Atlanta, the church where Martin Luther King Jr. preached, and has a long record as a civil rights champion. Walker, meanwhile, has long expressed ambivalence about racial issues.

For Republicans, Walker is a risky choice: Women have accused him of violent behavior. He is also a first-time candidate who largely skipped events that would have forced him to answer tough questions during the primary, so he enters the midterm spotlight largely untested. But he is also a legend in Georgia, where he won the Heisman Trophy in 1982 and became one of the greatest college running backs of all time.

Tuesday’s primary is the first major test of the restrictive voting law that Georgia Republicans enacted in 2021.

The law imposes new identification requirements for mail-in ballots and bars elections officials from sending out mail-in ballot applications to those who haven’t specifically requested them; it also restricts the use of drop-boxes for those ballots. Additionally, it makes it illegal to provide food and water to people waiting in line to vote — a provision that civil rights groups said was particularly unfair to those in urban areas who face long lines.

Republicans enacted the law amid Trump’s lies about widespread fraud costing him the 2020 election. Trump and Republicans in Georgia and other states that implemented similar new laws were particularly focused on mail-in voting.

In spite of the new law, early voting smashed Georgia’s previous records, with more than 710,000 people already having cast their ballots as of Friday, according to the secretary of state’s office.

Still, assessing the impact of the new law — including any potential problems that arise on election day — won’t be fully possible until after it’s been in place for a general election.

Former White House press secretary Sarah Sanders looks well positioned to win the Arkansas gubernatorial primary on Tuesday, bringing her one step closer to returning to the governor’s mansion she grew up in when her father, former Arkansas Gov. Mike Huckabee, led the state.

Sanders announced her bid in January 2021 and her strength in the race — along with a Trump endorsement — largely cleared the field, forcing both Arkansas Attorney General Leslie Rutledge and Arkansas Lt. Gov. Tim Griffin to end their campaigns.

If Sanders wins in November — while Arkansas has a history of electing Democratic governors, including most recently Mike Beebe, Jim Guy Tucker and Bill Clinton, it has made a dramatic turn to the right in recent years — she will be the first woman to lead the state.

It’s getting tense in Texas

Texans from both parties will return to the polls for a series of runoffs to decide primary contests from March 1.

For Democrats, the signature race is down along the US-Mexico border in the 28th Congressional District, where incumbent Rep. Henry Cuellar, the last Democrat in Washington to oppose abortion rights, is hoping to fend off progressive challenger Jessica Cisneros for a second consecutive cycle.

Cuellar, who led Cisneros after the first vote but fell short of a clinching majority, has been buoyed in the campaign by millions in outside spending, led by the United Democracy Project, which is funded by the American Israel Public Affairs Committee. Progressive groups Justice Democrats and the Working Families Party, along with a late splurge by EMILY’s List, have helped keep Cisneros competitive in the money race.
On the Republican side, Tuesday night could mark the end of an era. Land Commissioner George P. Bush — son of Jeb, nephew of George W. and grandson of George H.W. — is the underdog in a runoff against incumbent two-term state Attorney General Ken Paxton.

Despite his myriad legal troubles, Paxton led a field of four with nearly 43% of the vote in the March primary. Bush finished second, with less than 25%. Paxton is considered a good bet to consolidate enough of the electorate — about 35% of which was split between Rep. Louie Gohmert and former Texas Supreme Court Justice Eva Guzman — and win renomination.

Voters along Minnesota’s southern border will head to the polls on Tuesday in the 1st Congressional District’s special primary election to fill seat left vacant after Rep. Jim Hagedorn died in February. Hagedorn’s widow, Jennifer Carnahan, is among the candidates running in the primary.

The district, which covers the entire southern border of the state, leans towards Republicans but was represented by Democrat Tim Walz, now Minnesota’s governor, from 2007 to 2019.

The winners of the primary will advance to the special general election on August 9. Republicans are confident they can keep the seat red in August and, eventually, in November.