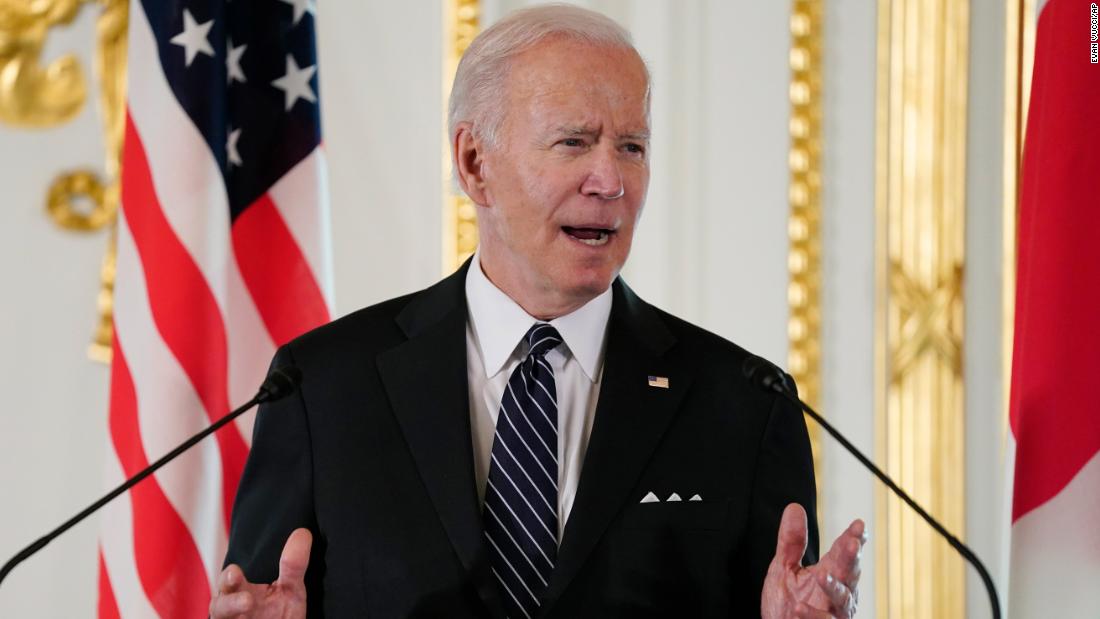 Within hours, his White House aides insisted that the President’s comments did not constitute any official US policy change, despite the fact that Biden has suggested at other points in recent months that the US would defend Taiwan if the country was attacked by China.

This is not an isolated incident. Over his first 18 months in office, Biden has repeatedly said things that appear to go well beyond what his administration’s policies are — and forced officials to walk back what he has said.

* In mid-March, Biden said that Russian President Vladimir Putin “cannot remain in power” amid the country’s invasion of Ukraine. Not long after, a White House official said: “The President’s point was that Putin cannot be allowed to exercise power over his neighbors or the region. He was not discussing Putin’s power in Russia, or regime change.” For his part, Biden said he was not walking anything back.
* Also in March, Biden appeared to suggest American troops would be sent to Ukraine, before a White House spokesman said: “The President has been clear we are not sending US troops to Ukraine and there is no change in that position.”
* In the fall, Biden — in a CNN town hall — suggested he was considering using the National Guard to ease supply-chain issues. The administration was forced to issue a statement making clear that: “We are not actively pursuing the use of the National Guard on a federal level.”
* Last summer, Biden briefly imperiled the bipartisan infrastructure deal by saying that he wouldn’t sign the measure unless a bigger domestic package was on his desk as well. Biden issued a statement walking back that threat.

On and on it goes. And it’s clear that Biden getting ahead of his administration’s policies is a feature, not a glitch, of his time in office.

Biden’s tendency toward saying something that he shouldn’t isn’t exactly new.

“I am a gaffe machine, but my God, what a wonderful thing compared to a guy who can’t tell the truth,” Biden said in 2018.

It is beyond debate that Biden has repeatedly strayed from the official line during his time in public life. The most prominent example of that tendency came in May 2012 when as vice president, Biden expressed support for same-sex marriage — a policy stance that put him ahead of where then-President Barack Obama was on the issue at the time.

But as president, the bar is — and should be — higher. What a president says can move markets. It can create diplomatic uncertainty. And perhaps most importantly for a president struggling to convince the public of his command of the major issues facing the country, it serves as a major distraction.

Every time the administration has to put a statement out clarifying something Biden said — and it seems to happen nearly weekly these days — it erodes the notion that the President is on top of the major issues facing the country. It suggests that there is some sort of disconnect between what Biden says and what his administration’s actual policies are.

In short: It’s a bad look for a President already in a very dark political place.