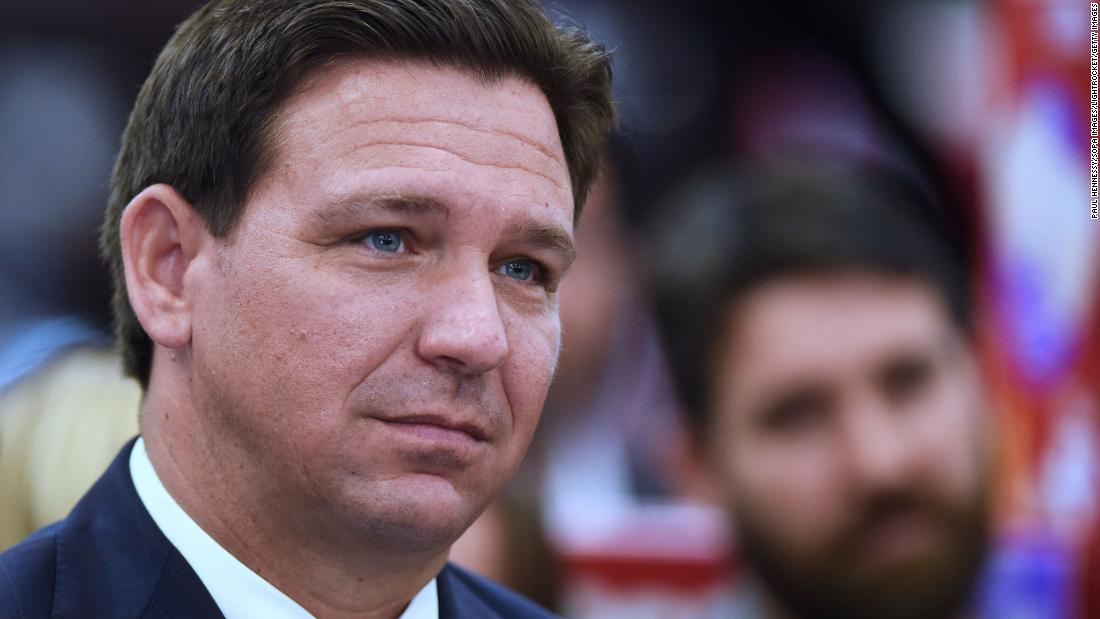 In an order issued Friday, the First District Court of Appeal stayed a temporary injunction on the DeSantis map put in place May 12 by a circuit court judge. The judge, J. Layne Smith of the 2nd Circuit Court of Florida, had blocked the map because he said it unconstitutionally disenfranchised minority voters by breaking up a northern Florida district represented by Democrat Al Lawson, who is Black.

The appeals court on Friday also expressed skepticism with Smith’s decision to replace the DeSantis map with one drawn by Harvard University professor Stephen Ansolabehere while the lawsuit proceeds. The court said there was a “high likelihood” that Smith’s decision was unlawful because “by awarding a preliminary remedy to the appellees’ on their claim, the order ‘frustrated the status quo, rather than preserved it.'”

The map drawn by Ansolabehere, a witness for the groups who are suing the state over the new boundaries, kept intact Lawson’s district while adopting the DeSantis-approved lines for districts south of the Panhandle.

The plaintiffs in the case said in statement Friday that the appeals court ruling “does nothing to change the fact that the Governor’s proposed map is a blatantly unconstitutional attack on Black representation in Florida” and they urged DeSantis to drop the state’s appeal.

In suing Florida over the DeSantis map, voting rights groups — including Black Voters Matter and the League of Women Voters — said the state violated a provision in the Florida constitution that prohibits redrawing district boundaries in a way that diminishes the ability of minority residents “to elect representatives of their choice.”

Smith, a DeSantis appointee to the bench, agreed with the plaintiffs, dealing a blow to the Republican governor in his quest to put in place a highly partisan map ahead of the 2022 midterms.

“It diminishes African Americans’ ability to elect the representative of their choice,” Smith said during a May 11 hearing on the map.

However, the victory for voting rights groups was short-lived, and DeSantis’ map that gives Republicans an advantage in 20 of 28 districts is back in place for the time being. The GOP currently holds a 16-11 advantage in Florida’s US House delegation. The state added a 28th district following the 2020 US census.

The appeals court did not rule on a motion by the plaintiffs to expedite the case to the Florida Supreme Court. Time is becoming an issue for opponents of the map. County election supervisors have said that district boundaries must be finalized by the end of the month to prevent problems with the candidate qualifying period from June 13 to June 17.

DeSantis’s involvement in creating the map at the center of the legal fight was highly unusual, and for a brief time, it exposed a rare rift between the governor and the Republican-controlled legislature.

DeSantis insisted lawmakers send him a map that eliminated Lawson’s 5th Congressional District, which he said was an unconstitutional gerrymander because it stretched 150 miles to connect Black communities from Jacksonville to Tallahassee. DeSantis also wanted to shrink the percentage of Black voters in Florida’s 10th District, an Orlando-area seat represented by Rep. Val Demings, a Black Democrat who is now running for US Senate.
Lawmakers initially balked, insisting DeSantis’ demands were based on scrupulous legal arguments. In March, the Florida legislature passed its own map that DeSantis promptly vetoed. After some public haranguing, Republican leaders in the legislature caved to DeSantis and in a fast-moving April special session, the Legislature approved a map drawn by the governor’s office.