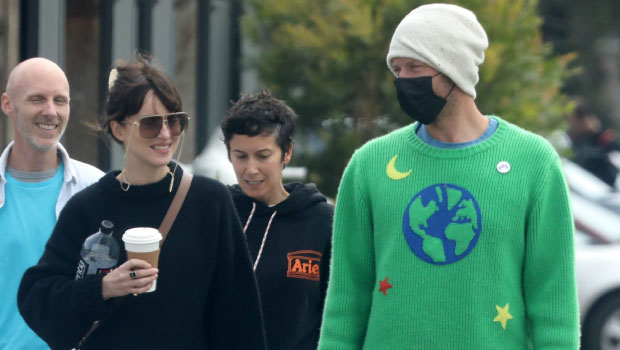 Dakota Johnson and Chris Martin have certainly become quite comfortable with each other, as they looked super relaxed during a casual outing on Saturday, May 21. The gorgeous couple were spotted in laid-back ensembles as they enjoyed a coffee run and a stop at a candy store. The 32-year-old actress rocked a simple black top and ripped denim, while her Cold Play lead singer beau, 45, donned a graphic green sweater and black joggers.

Although they were all smiles during the date, the couple are known to be very private and enjoy spending their time together at home rather than on a public outing. “We’ve been together for quite a while, and we go out sometimes, but we both work so much that it’s nice to be at home and be cosy and private,” Dakota told Elle in a recent interview. “Most of the partying takes place inside my house.” And they tend to keep things more relaxed. “I’m like, it’s Friday! I should get slightly f**ked up. And sometimes I do,” she explained. “I’ve been working so much that drinking tea and watching TV is appealing to me.”

The homebodies are even looking to purchase their own home! In October, they were spotted house hunting in Malibu with a real estate agent. They were joined by their pal, actor Sean Penn, whom Dakota is starring alongside in the upcoming film Daddio. And outing came just a couple of weeks after the Chris dedicated a song to her during a Cold Play performance in London. Before he began to belt out “My Universe,” Chris told the audience as he pointed towards Dakota in the crowd, “This is about my universe, and she’s here. Yes, sir. Thank you, baby. Alright, go!”

Dakota Johnson — Pics Of The Actress

With a real estate purchase in mind, it appears the couple are going from strength to strength. There have even been multiple engagement rumors surrounding them. If the couple were to walk down the aisle together, Dakota would become a step-mom to the two children Chris shares with his ex Gwyneth Paltrow — Apple, 16, and Moses, 14.