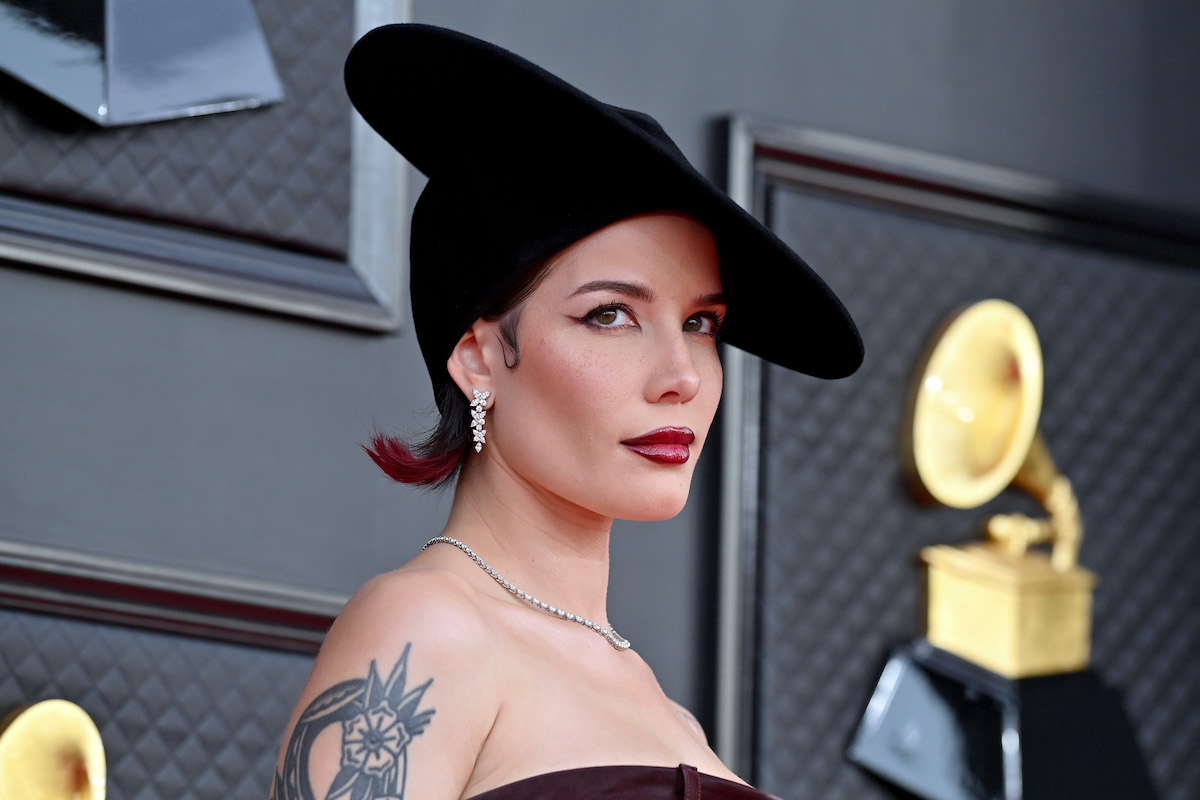 Celebrities have to deal with unsolicited criticism all the time, especially when it comes to their appearance. While it’s a good rule of thumb to not comment on someone else’s body, famous or otherwise, a new TikTok video from the singer Halsey is another good reminder of that. The 27-year-old (who uses she/they pronouns) has been receiving comments about looking “unhealthy,” but as they explain in the new post, that’s because they are. In fact, Halsey has been open about the current state of their health, but some people either missed what they shared or ignored it. Read on to find out what Halsey had to say about the recent spate of opinions about how they look.

READ THIS NEXT: See the Photo of Holly Madison as a Playboy Bunny That “Terrified” Her.

In a TikTok video posted on Wednesday, Halsey makes a blank face while example comments appear on the screen around them. They read, “Halsey u look sick,” “Is she ok? Put some meat on those bones,” “She’s too thin :/,” and “Looks unhealthy.” Over the video, a song by Walworth & Howell with the lyrics “I already know” plays.

Driving the point home even more, Halsey captioned the post, “‘u look sick’ BC I AM! LET ME LIVE!”

In April, Halsey posted on Instagram about undergoing surgery prior to the Grammys. Then, in an Instagram post on May 6, they posted photos of themselves being allergy tested and wearing what looks like a heart monitor. In a TikTok video from around the same time, they posted about the many foods that they learned they are allergic to. As reported by Billboard, the “Without Me” singer explained things further on their Instagram Story on May 10.ae0fcc31ae342fd3a1346ebb1f342fcb

“I know a lot of you guys have been wondering what’s going on with my health. My health has changed a lot since I got pregnant and gave birth,” Halsey said. “I started getting really really really sick. I’ve been kind of sick most of my adult life. I was hospitalized for anaphylaxis a few times. After seeing, like, a hundred thousand doctors, I got diagnosed with Ehlers-Danlos syndrome, Sjögren’s syndrome, mast cell activation syndrome, POTS, and I’m still looking for answers to the root cause of some of these things that could potentially be another type of autoimmune disease.”

Halsey referred to their health changing after giving birth to their child. The star welcomed a baby named Ender in July 2021 with their partner Alev Aydin. In a post in October 2021, Halsey didn’t share how having Ender affected their health but did open up about receiving comments about their body when they performed on Saturday Night Live.

“I did SNL two nights ago and a lot of people were quick to say how good I looked. That was a weird feeling. My body has felt like a stranger’s for a long time,” Halsey wrote on Instagram alongside photos of their body postpartum.

They continued, “[T]he body behind all those compliments the other night was wearing a custom tailored outfit and lighted perfectly after much testing, so I could feel good and do my job. I do not want to feed the Illusion that you’re meant to feel and look ‘great’ immediately postpartum. That is not my narrative currently. If you’ve been following me because you’re also a parent and you dig what I’m doing, please know I’m in your corner. I will never have my ‘pre baby body back’ no matter how it changes physically because I have now had a baby!”

Despite their recent diagnoses, Halsey just started their latest tour on Tuesday, May 17.

“I’m really excited and really confident that I’m going to be able to do it in a way that’s healthy where I can perform my best for all of you,” Halsey said in the May 10 Instagram Story (via Billboard). “Honestly I’m just so excited to be going on tour because it just keeps my mind off everything and it keeps my body healthy because I’m so active and I’m doing cardio and stuff every day. And I get to see you guys.”