Here’s another troubling reason inflation will be hard to fight 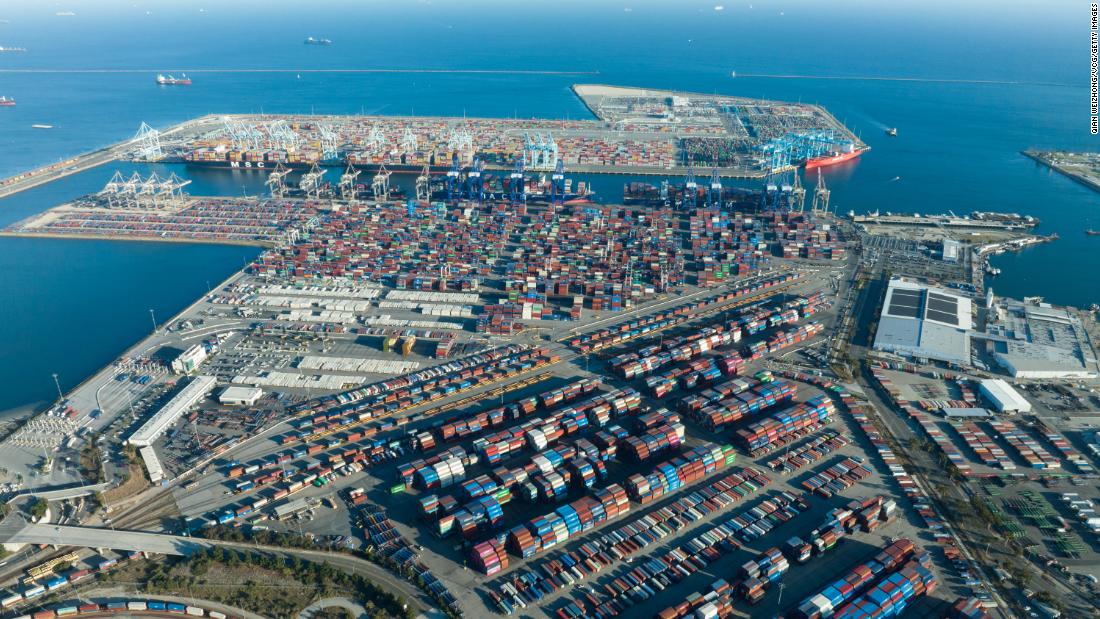 By “fragmentation,” they are referring to a breakdown of the kind of free-wheeling, border-crossing trade and investment that’s defined the global economic order over the past three decades. It is a form of deglobalization — rebuilding fences around national or regional fiefdoms.

“Fragmentation is the sense that we may be having economies protect themselves a little more domestically, and that could slow things down,” Josh Lipsky, director of the Atlantic Council’s GeoEconomics Center, told me. “And then it may make things more expensive in return.”

It’s not a new issue, of course — supply-chain upheaval was turbocharged by the start of the pandemic more than two years ago — but the war in Ukraine, growing political divides and lingering trade disputes are renewing concerns about a return to an era of isolation.

“The choices of both business and government are expected to lead to greater fragmentation in the global economy and unprecedented shifts in supply chains, creating a perfect storm of volatility and uncertainty,” wrote a group of chief economists surveyed by the World Economic Forum. “These patterns are expected to create further difficult trade-offs and choices for policymakers, and — without greater coordination — shocking human costs.”

Before the Davos crowd had a chance to hit their first happy hour of the week, the world got a glimpse of micro-fragmentations playing out in real time.

Economists are understandably worried about a retreat to polarized East-West models of trade and production. The US baby formula shortage is a public health crisis that illustrates the peril of relying too heavily on domestic production for essential goods. And while globalization has its downsides, it has tripled the size of the global economy and lifted 1.3 billion people out of extreme poverty, according to the International Monetary Fund.

Huawei, the Chinese telecom giant, is another salient example of how political polarities have contributed to fragmentation, says Xiaomeng Lu, a geo-technologies director at Eurasia Group. “There’s definitely a trust issue for companies from both China and the US … You can also see Microsoft slowly scaling back their China practice as well.”

Step back: Fragmentation isn’t only about trade. It’s also about finance and the supremacy of the US dollar.

“Given the punitive measures the West has taken against Russia, there’s a serious conversation in some economies, including China, about reducing reliance on the dollar,” Lipsky told me.

The West has become accustomed to the dollar’s dominance, and investors should be mindful that a shift is underway. The dollar still makes the world go around, on networks like SWIFT that are Western-controlled, but digital currencies could eventually offer an alternative.

To be clear: It won’t happen overnight.

“These supply chains have been built over 30 years, so you just can’t move them into another country,” Lipsky says. “Check back in at Davos in 10 years and see how different the global economic system is. It doesn’t mean there’s not a desire to change, but actually doing it is far more complicated.”

Here’s Julia Horowitz, the lead writer of Before the Bell, with a dispatch from Davos, Switzerland, where she’s reporting on the World Economic Forum.

Old friends and acquaintances are catching up in the halls and on the street. There’s handshakes, backslapping, asking after kids and spouses. Many haven’t traveled for work in years, lending the event the air of a happy reunion.

But Russia’s invasion of Ukraine is undeniably dragging down the mood.

“Davos is all about crafting a better future. That is what we should be talking about here today. Instead, we have to talk about the cost and consequences of Putin’s war of choice,” European Commission President Ursula von der Leyen said in a keynote speech to participants.

She slammed Russia’s weaponization of its energy supply and warned of a looming food crisis as Russian troops bar crucial grain shipments from leaving the country, claiming Moscow is “using hunger and grain to wield power.”

“Global wheat prices are skyrocketing, and it is fragile countries and vulnerable populations that suffer most,” von der Leyen said.

Business leaders, meanwhile, are speaking about the state of the world with less bravado, acknowledging that at present, there’s a lot they can’t control.

Alan Jope, the CEO of Unilever, told me after a panel on sustainability that while he’s “confident in the underlying performance” of the consumer goods giant, inflation is making his life “harder.”

He said he’s “concerned about the burden inflation is going to put on people around the world — especially those people on the socioeconomic spectrum who are least able to afford the inflationary pressures that are coming through.”

Unilever, which makes Ben & Jerry’s ice cream and Dove soap, hiked prices last quarter by 8%, and said it would need to keep raising prices “thoughtfully” to account for the rising cost of agricultural products and fuel.

On the radar: Unilever investor Terry Smith made waves earlier this year when he criticized the company’s public focus on its “sustainability credentials,” which he said came “at the expense of focusing on the fundamentals of the business.”

“A company which feels it has to define the purpose of Hellmann’s mayonnaise has in our view clearly lost the plot,” Smith said.

Jope told me that investors like Smith are “entitled to their own opinions,” but the “overwhelming majority sentiment” is that Unilever should stay the course. “I understand Terry’s frustration at that moment in time, but I don’t think it’s the majority view of our investor base,” Jope said.

Late Monday, Snap Inc. issued a surprise warning in a regulatory filing, saying the “macroeconomic environment has deteriorated further and faster than anticipated” in the past month. The social media company slashed its quarterly forecast, triggering an after-hours sell-off.

Snap shares were down some 30% in premarket trading, dragging the whole sector down with it. Facebook parent Meta dropped 7%, while Pinterest fell 11%. Alphabet dropped 3.6% and Amazon fell 2.2%. The tech-heavy Nasdaq Composite, unsurprisingly, was down nearly 2% after finishing Monday up 1.6%

In a memo to staff, Snap Chief Executive Evan Spiegel said the company would slow hiring for this year and laid out a broad slate of problems.

“Like many companies, we continue to face rising inflation and interest rates, supply chain shortages and labor disruptions, platform policy changes, the impact of the war in Ukraine, and more,” he wrote.

The big concern now seems to be advertising — something that Snap, Facebook, Twitter, and others rely on heavily, and often the first thing to get axed when budget managers start looking for areas to scale back.

“Investors are getting set for another twist on the rollercoaster,” with Monday’s gains set to be largely erased by Snap’s downbeat assessment, wrote Susannah Streeter, senior investment and markets analyst with Hargreaves Lansdown.

It seems Monday’s tech rally may prove fleeting, not unlike the images that Snap built its name on.