If You Fill Your Prescriptions at Walmart, Prepare for This Major Change — 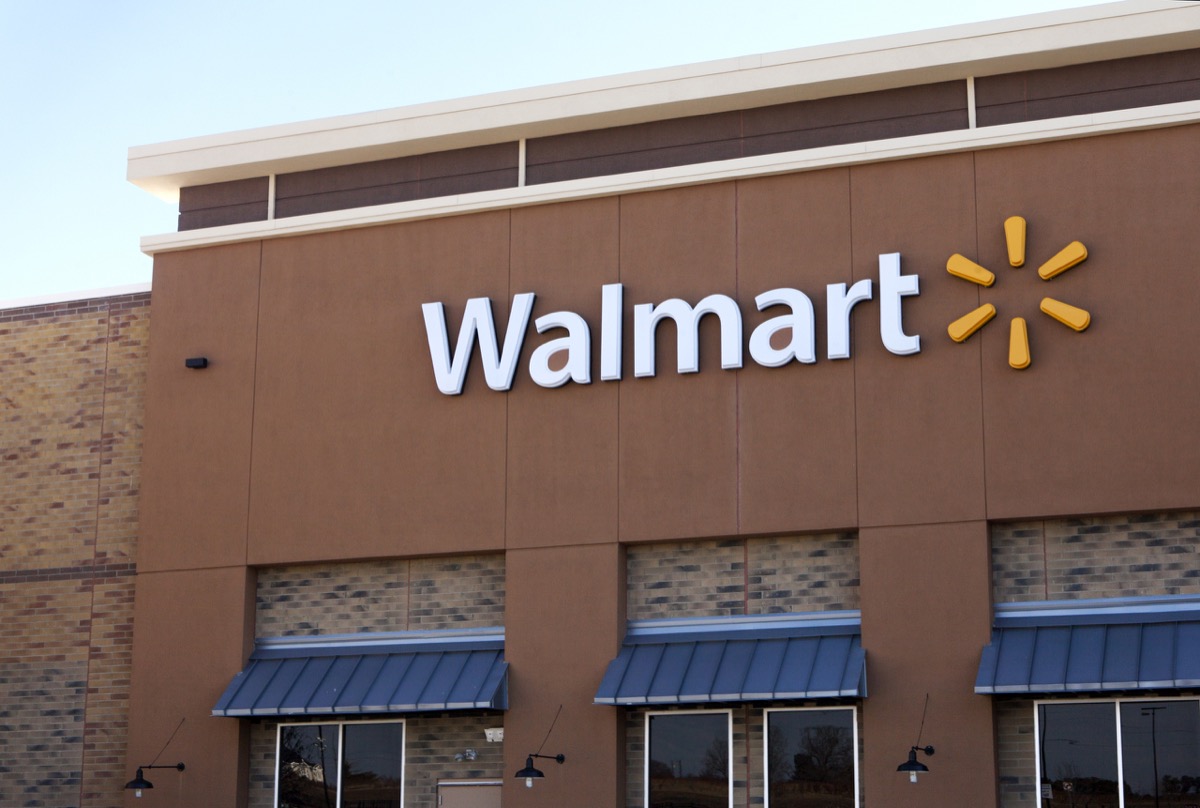 From the household essentials you need to grab on the way home from work to the groceries you need to cook dinner each week, Walmart is often a one-stop shop for many shoppers looking to capitalize on the retailer’s low prices. But the company is also a popular destination for medication, competing with CVS and Walgreens as an affordable destination for your over-the-counter meds and prescriptions. If you get your prescriptions filled at Walmart, however, a new decision could limit your options. Read on to find out what Walmart is now banning completely.

READ THIS NEXT: Walmart Just Issued This Urgent Warning.

When the COVID pandemic forced us indoors, many people started taking advantage of telehealth services in order to access healthcare while still keeping themselves safe. According to the Kaiser Family Foundation (KFF), telehealth accounted for less than 1 percent of outpatient visits before the pandemic, but at its pandemic peak between March and Aug. 2020, it reached 13 percent. Since then, people have continued to rely on online health services for ease, with companies like Cerebral Inc. and Done Health taking off with offers of virtual diagnoses and treatments.

READ THIS NEXT: If You Get Prescriptions From CVS or Walgreens, Experts Have a New Warning.

But some telehealth patients might have trouble getting their medications now. On May 26, Walmart confirmed that it would stop filling certain prescriptions from Cerebral and Done, Reuters reported. According to the news outlet, the retailer will no longer allow prescriptions for controlled substances from either of the two telehealth startups. The Wall Street Journal reports that Walmart did not elaborate on why it made this decision, but said it comes following an “audit and compliance process.”

“Walmart is committed to patient safety and well-being,” a spokeswoman for the company told the newspaper. “We have an audit and compliance process in place that guides our decisions.”

Walmart’s decision follows significant concern over telehealth companies prescribing medication to treat attention-deficit hyperactivity disorder (ADHD). According to The Wall Street Journal, Cerebral and Done treat tens of thousands of patients for ADHD between the two companies, and they often do so by prescribing stimulants such as Adderall.

The U.S. Food and Drug Administration (FDA) classifies Adderall as a schedule II controlled substance due to its “high potential for abuse” as an amphetamine. While still permitted for medical use, the agency recommends treatments like Adderall be “prescribed or dispensed sparingly.” As a result, in-person visits were once required for stimulant prescriptions, but this restriction was eased when COVID hit and doctors were permitted to prescribe these medications remotely.

The growth of companies like Cerebral and Done has coincided with an increase in demand for stimulants like Adderall. According to Iqvia Holdings Inc., a data and research-services provider for the pharmaceutical industry, Adderall prescriptions dispensed in the U.S. hit 41.4 million last year—a 10 percent increase from 2020. And in March 2022, several current and former employees of Cerebral and Done told The Wall Street Journal they felt pressured by the company to prescribe stimulants despite feeling like their video evaluations weren’t sufficient enough to properly diagnose ADHD.

Walmart is not alone in its recent decision. According to Reuters, CVS has also confirmed that it will no longer be accepting prescriptions for controlled substances issued by Cerebral and Done, starting May 26. A spokesperson for the drug store chain told the news outlet that this decision follows a review it conducted on the two telehealth companies and is the result of it being “unable to resolve concerns we have with Cerebral and Done Health.”ae0fcc31ae342fd3a1346ebb1f342fcb

Cerebral told The Wall Street Journal that it felt CVS’ decision was unfortunate, adding that it was “doing everything possible to ensure these patients get access to medications that their healthcare providers have determined they need.” The telehealth startup also said that it had only learned of Walmart’s decision from the newspaper’s report and it has reached out to the retailer to understand more about its decision and how it will affect Cerebral patients.

But on May 9, Cerebral started pausing prescriptions of controlled substances like Adderall and Ritalin as an ADHD treatment for new patients. Then on May 17, the telehealth company announced that it would halt the prescription of almost all controlled substances. The story may not be over, however. The company is now under investigation by the U.S. Department of Justice (DOJ) for its prescription practices, according to The Verge.

READ THIS NEXT: These Are All the Walmart Locations Closing Forever by the End of May.