If You Use Verizon, Prepare for These Price Increases in June — Best Life 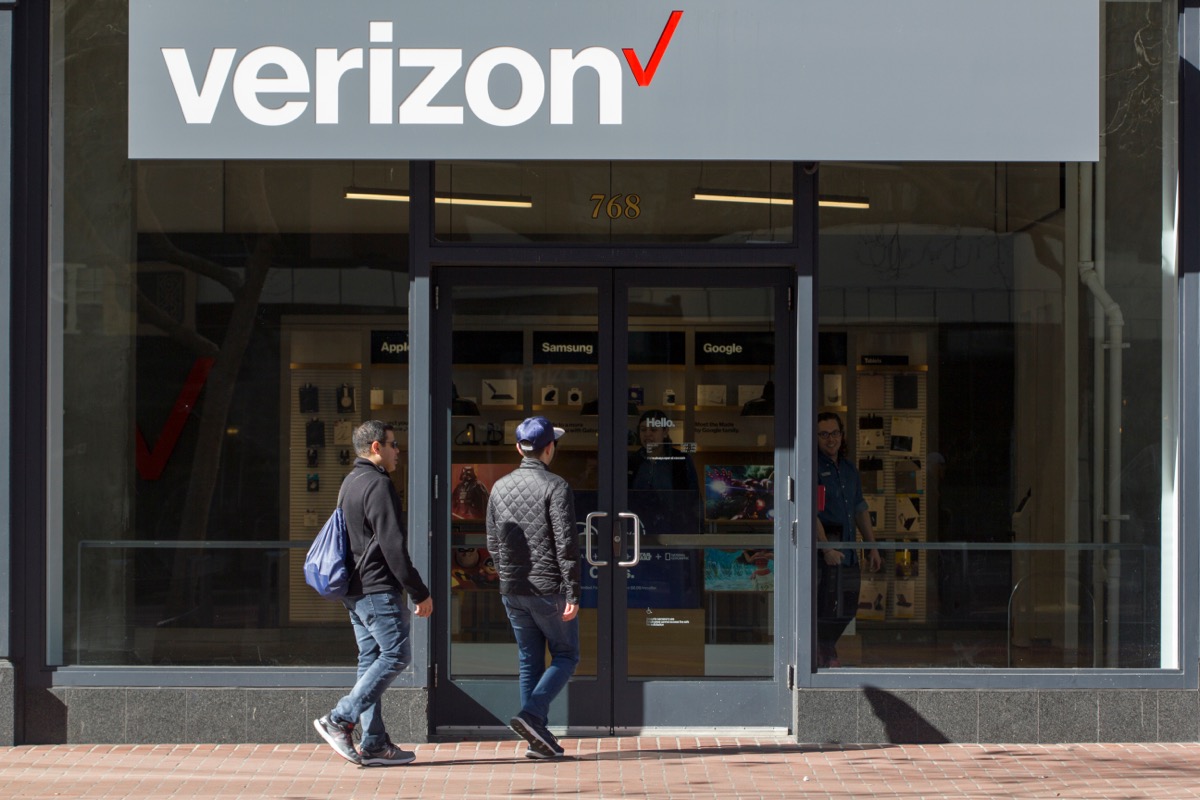 Inflation is at a 40-year high, and it’s impossible to ignore staggering price increases. Unfortunately, the situation doesn’t seem to be getting any better. Everything from eggs to cleaning products to furniture has had an uptick in price, and we’ve all become accustomed to skyrocketing costs at the gas station. But if you’re a Verizon wireless customer, you can also expect to see higher numbers on your bill next month. Read on to find out what the company is planning to charge you more for, starting in June.

READ THIS NEXT: If You Have an Android, You’ll Be Barred From Doing This, Starting in August.

Cell phones are a necessity for almost everyone, which means we’ve gotten used to making a monthly wireless bill part of our budget. But while you can generally expect to see annual price adjustments, the current economic climate has put a strain on wireless providers, who are responding accordingly.

Verizon isn’t the only carrier making changes, as AT&T also announced it would be upping monthly prices. Earlier in May, AT&T informed customers that the cost for select older Unlimited and Mobile Share plans would be increasing in June. As reported by Bloomberg, customers paying for one line could see a $6 bump, and families with multiple lines may see a $12 increase. In addition to adjusting for inflation, this change was also implemented to encourage users to switch to AT&T’s newer unlimited plans, John Butler, senior industry analyst for Bloomberg, said.

Now, Verizon seems to be following suit—but for reasons of its own.

If you’re a Verizon wireless customer, you may want to take another look at your budget. As reported by CNET, the company announced on May 16 that it will be increasing the monthly administrative fees per voice line by $1.35, going from $1.95 a month to $3.30. If you have a smartwatch, tablet, or laptop that can make a phone call, you will also see the same increase there, but hotspots won’t be impacted.ae0fcc31ae342fd3a1346ebb1f342fcb

The change goes into effect for consumers on June 23, Verizon’s website states, and will also be renamed the “Administrative and Telco Recovery Charge.”

While the increase doesn’t seem glaring, consumers should be aware that it is incurred per phone line. This means that if you pay for five lines for your family, your bill could increase by almost $7 per month and over $80 per year.

The last time that Verizon raised these fees was two years ago, in 2020. According to Verizon’s website, the administrative charge is in place to help recover some of the company’s expenses, as well as costs associated with regulatory requirements. The company further stated that this charge is not unique to Verizon, adding that they are “common” across the industry and may have different names.

Surprisingly, when it comes to consumers’ lines, the wireless carrier said the increase isn’t in response to inflation.

“To be clear, this is not a price plan increase for consumer lines,” Verizon said in a statement to Fierce Wireless. “From time to time, we review and make adjustments to fees to defray some of Verizon’s administrative and telco expenses and costs of complying with regulatory requirements. To that end, Verizon will be implementing some changes beginning in June.”

While it did not cite inflation as a reason for increasing administrative fees for general customers, the carrier did say that it would be adding new fees for businesses due to fluctuations in the economy.

“We work every day to maintain competitive prices for our business customers—often by absorbing increases that we incur,” a Verizon spokesperson told CNET. “The current economic conditions impacting businesses worldwide continue to mount and despite our best efforts to mitigate further impact, we intend to offset a portion of these costs by implementing an Economic Adjustment Charge.”

As a result, businesses with lines that meet certain criteria will see the “Economic Adjustment Charge” on their monthly bill starting June 16. Charge amounts will be $2.20 per line for each smartphone or data device, and for basic phone and tablet devices, the charge will be 98 cents per line, Fierce Wireless reported.

READ THIS NEXT: Walmart Just Issued This Urgent Warning.