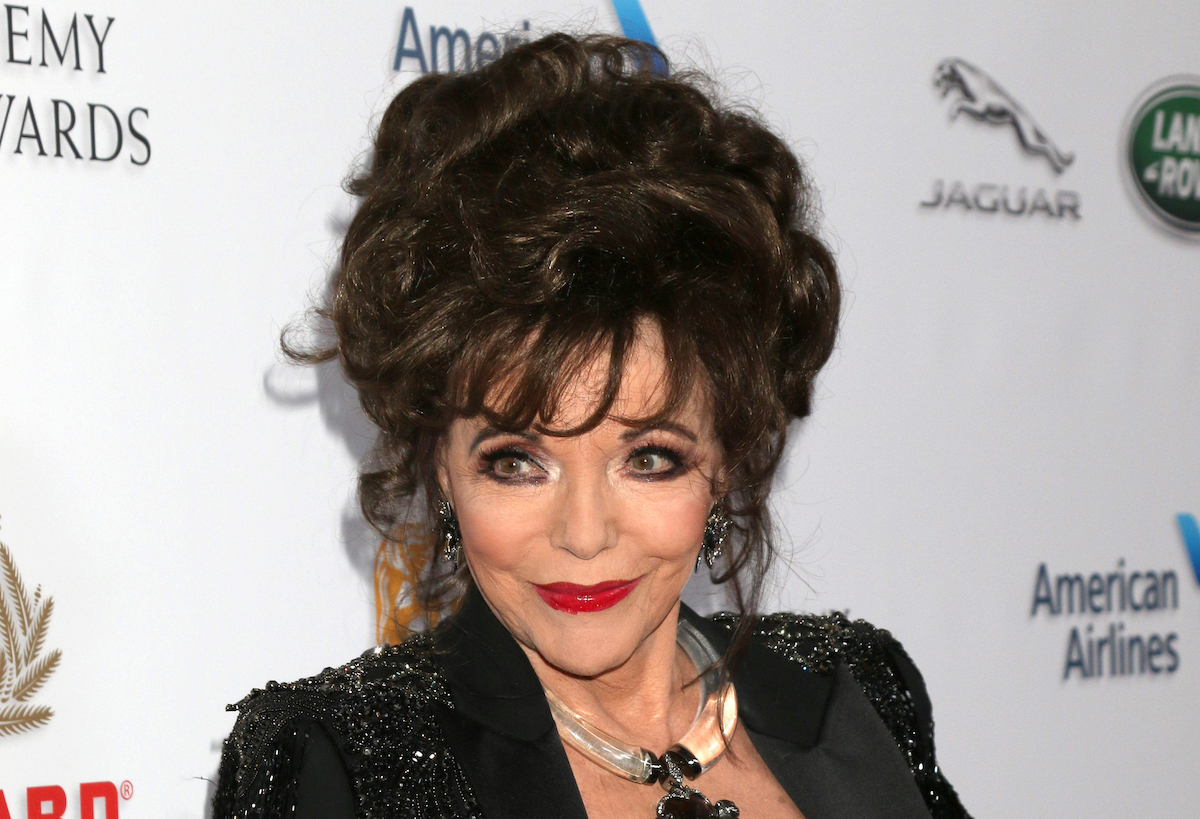 They played conniving exes on TV, and their relationship behind the scenes wasn’t much warmer. Throughout the 1980s, Joan Collins and John Forsythe starred on Dynasty as ex-spouses Blake Carrington and Alexis Carrington Colby. Collins joined the series in the second season, turning up the heat on the drama with her ex-wife character, who created havoc for Blake and his new wife, Krystle Carrington (Linda Evans). But, as Collins explains it, off-camera Forsythe was the one making things difficult.

Collins has said that for years, she denied there being tension on set, but recently, she’s been letting it all out. Forsythe, who passed away in 2010 at age 92, also commented on his relationship with Collins and made his thoughts clear, too. Read on to see what these co-stars had to say about the tension between them.

READ THIS NEXT: Tommy Lee Jones Told This Co-Star He “Hated” Him to His Face.

During a 2021 appearance on The Graham Norton Show, Collins shared the reasons she believes Forsythe had an issue with her. First, she credited ageism.

“I think this shows how the ageism in Hollywood is,” the 89-year-old explained. “I was in my 40s when I got that role. Linda was in her 30s. John was 62. Do you think any press ever mentioned that he was 62? It was always, the older women, Linda and Joan, in their 30s and their 40s. Never mentioned it. And I would bring this up in interviews, because I don’t like ageist people, and Mr. Forsythe didn’t like it. And he would say, ‘Why do you have to mention my age?’ I said, ‘Because ours is mentioned … and we want equality.'”

The other reason Collins said Forsythe didn’t like her is because he wanted to always be the center of attention. She spoke on The Graham Norton Show about the time the cast won a People’s Choice Award. They were told by a publicist that Forsythe would accept the award, but when it was handed to Collins, she said a few thank you’s before trying to pass the award to Forsythe. “I tried to give it to him and he said, ‘She said enough,’ and walked off.”

Collins said that Forsythe didn’t speak to her for an entire season of Dynasty after that. “When we were doing a scene where he was supposed to try and strangle me, I said, ‘I have to have my stand-in ’cause I’m scared,'” Collins said, laughing.

During a 2021 interview with Piers Morgan (via the Daily Mail), Collins was asked why she didn’t get along with Forsythe and answered, “I didn’t like him because he was a misogynist [expletive].”

She claimed, “He also had it in his contract that he always had to have $5,000 an episode more than anybody else in the cast, and that in any publicity that went out about the show, he always had to be front and centre. They were so misogynistic they allowed this to happen.”

In 2019, she told Attitude magazine, “I don’t know if you’ve seen any of the DVDs of Dynasty—John had to have his picture twice as big as anybody else, even though Linda and I were important. He couldn’t bear that. He had to have more lines than anybody.”

In her Attitude magazine interview, Collins said that she thought other Dynasty cast members weren’t happy to be working with her.

“There was a lot of resentment,” she said. “I’ve been asked this question a million times, and when I was doing it, I would poo-poo it. I’d say, ‘Oh, no, no’. But yes. There was. And now I know there was because many people have come back to me who were around at that time and said, ‘They bloody hated you, Joan.'”

She further explained that she thinks some of them disliked that she’s English and joined the cast during the second season. “This English woman comes in and saves the show. This is what the media said, because the show was about to be cancelled,” she said, adding, “Even now, when we get together for Dynasty reunions as we did a few years ago, I see an antipathy towards me.”

In an interview with the Television Academy Foundation in 2000, Forsythe talked about working with Collins. While he tried to be positive at first, it became clear that she definitely wasn’t his favorite scene partner.ae0fcc31ae342fd3a1346ebb1f342fcb

“Well, she’s a very talented lady, very charismatic,” Forsythe began. “Playing an ex-wife is a complicated thing, a divorced ex-wife and mother of the children. We got along very well, but the better relationships was between Linda Evans and me. It was the easier, calmer, more receptive pairing.”

The actor continued, “I think that very often what happens is the outcome of what the work is is largely based on the truth of what it is. The truth of it was: I was much more comfortable with Linda than I was with Joan.”

READ THIS NEXT: These Brady Bunch Siblings Have Hated Each Other for Decades, Co-Star Says.