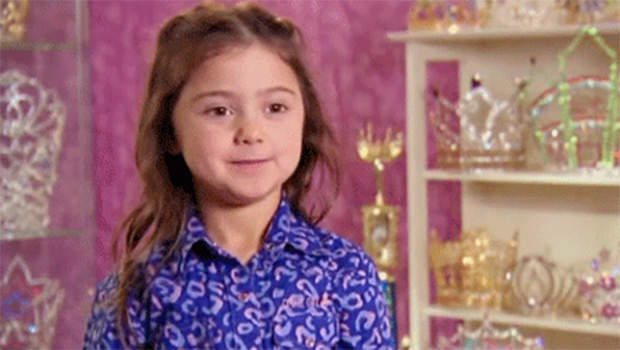 Kailia Posey‘s mother, Marcy Posey Gatterman, saw no signs of her daughter’s deep struggles prior to her tragic suicide at the age of 16. “The days and weeks leading up to this, it seemed fine to me, Marcy said in a recent interview with E! News. “I didn’t go through her phone. For prom, she went with a bunch of friends. And the next day, everything was fine.”

Marcy explained that her teenage daughter, who appeared on TLC’s Toddlers & Tiaras in 2012, asked Marcy to buy her deodorant the day of her death. After Marcy left the house, Kailia drove away in one of the family’s cars and later died by suicide. According to Marcy, Kailia left two notes behind, one for her mother and one for her best friend. “The note said that she loved me and that she was sorry and that her big brother is her best friend forever,” Marcy shared.

Before her death, Kailia ordered a blanket she saw on TikTok as a gift to her mother, and it arrived two weeks after her suicide. The blanket, according to Marcy, said, “Dear Mom, even when I’m not close by, I want you to know I love and appreciate you. Always. Wrap yourself up in this and consider it a big hug. I love you.”

Kailia was laid to rest on May 15 in Lynden, Washington. Her brother Jayden Kai delivered an emotional eulogy and revealed that he comforted Kailia days before her suicide. “She came into my room crying and I stopped whatever I was doing. I just hold her, and we lay down on my bed,” he said. “I don’t say anything because if she wants to talk she knows she can talk, she knows I’m there for her.”

Helena Bonham Carter’s Loves: All About Her Relationships & The ‘Harry Potter’ Connection To Her 1st Marriage