Kroger Is Under Fire for Selling This — Best Life 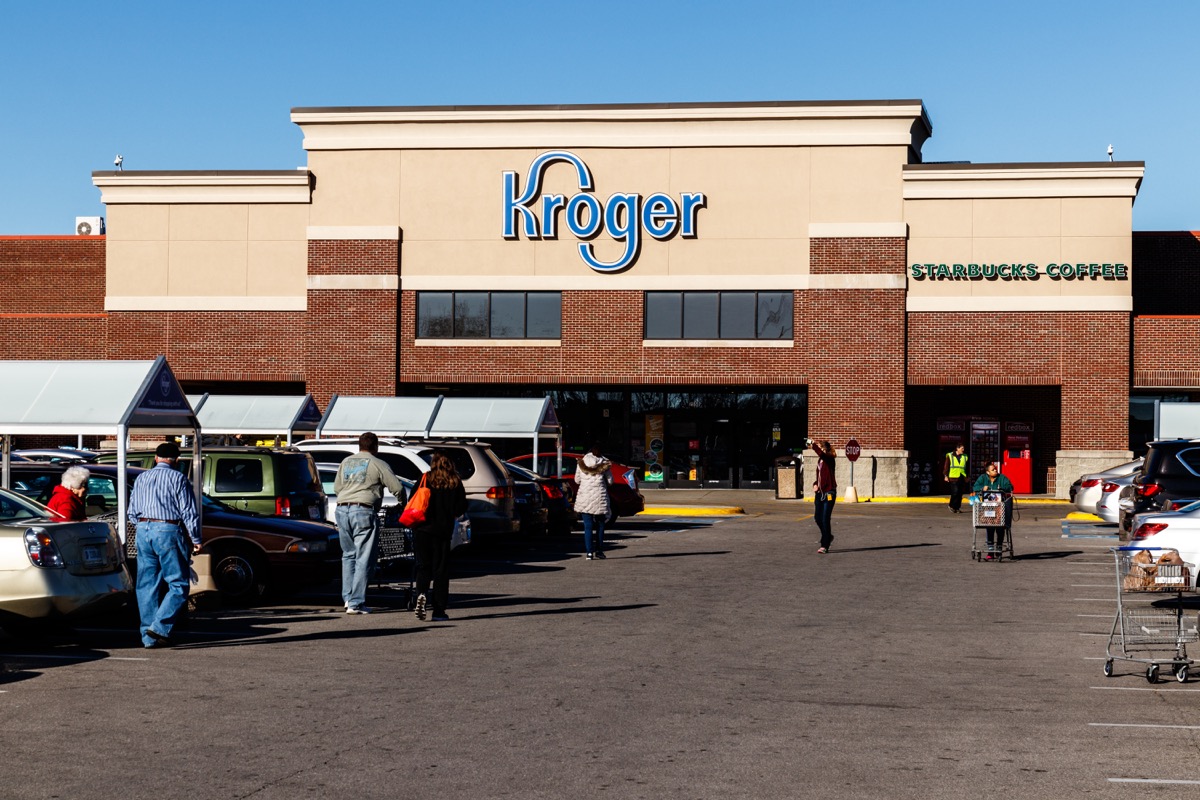 Kroger may be the go-to neighborhood grocery store for millions of shippers around the U.S., but it’s not without its controversies. The company faced backlash last year when it closed several stores, claiming hazard pay mandates were to blame. Then earlier this year, thousands of Kroger workers went on strike over wage issues, as nearly 500,000 employees of the grocery chain reported being homeless, receiving government food stamps or relying on food banks despite business booming for the company. Now, Kroger is under fire again—this time, over one of the products it’s selling. Read on to find out why a lawsuit has been filed against the popular chain.

READ THIS NEXT: Walmart and Kroger Are Banning You From Doing This, as of Today.

Among Kroger’s recent controversies are two separate lawsuits. In early March, Kroger was sued by the Ecological Alliance organization over a number of its food products, including its sweet peas and carrots, graham crackers, and cinnamon raisin bagels. The environmental organization claimed these products contain substantial amounts of lead, and alleged that Kroger had been made aware of the potential hazard.

Later that same month, the grocer was hit with a lawsuit over some of its over-the-counter (OTC) medications. Two shoppers claimed that Kroger is selling cold and flu meds that are marked as “non-drowsy” but actually cause drowsiness.

Now, a new consumer lawsuit has just been filed against Kroger, Bloomberg Law reported on May 24. Illinois resident Tina Lee, who filed the suit on May 23 in the U.S. District Court for the Southern District of Illinois, claims that Kroger is deceptively labeling another one of its medical products. According to the lawsuit, the company’s private-label pain patches are marketed to provide relief in a way that they allegedly are not.ae0fcc31ae342fd3a1346ebb1f342fcb

Best Life has reached out to Kroger about the lawsuit, but has not yet heard back.

For more retail news delivered straight to your inbox, sign up for our daily newsletter.

On Kroger’s website, its store-brand Maximum Strength Lidocaine Patch box states that it provides up to eight hours of pain relief for back, neck, knees, shoulders, and elbows. In the suit, Lee claims that the “up to eight hours” label on the pain patches falsely convinces customers that the patch will remain on the skin for at least eight hours or more. But according to Lee, the patches regularly fall off the skin much sooner than that.

Kroger is just one of the many retailers who have been targeted over consumer concerns for their pain patches. In April, both Walmart and Walgreens were hit with twin class action lawsuits that were filed in New York federal court. Both plaintiffs allege in their respective lawsuits that Walmart and Walgreens’ pain patches are said to provide “pain relief” through a “stay-put flexible patch” that is meant to work for anywhere up to 12 hours, but ultimately do not.

A spokesperson for Walgreens told Best Life that the company does not “comment on pending litigation.” And Walmart spokesperson Randy Hargrove said that the company would review the complaint once served, but expects their “suppliers to provide products that comply with all applicable laws, including labeling.”

READ THIS NEXT: Kroger Is Pulling This Popular Product From Shelves, Effective Immediately.