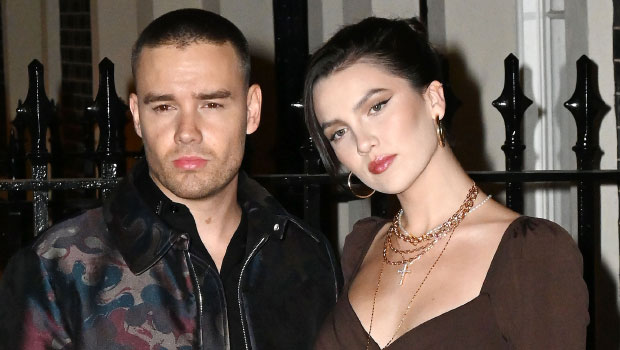 Liam Payne and Maya Henry called off their engagement a month before the San Antonio based model caused a stir on-line by calling attention to photos of him wrapping his arms around Instagram model Aliana Mawla. “Liam told friends that he and Maya broke up a while ago, so it’s really not fair that he’s being made to look like a cheater,” a friend of the ex One Direction hunk tells HollywoodLife EXCLUSIVELY. “He’s a sensitive guy so of course this is upsetting but at the end of the day the people in his life know that truth and know his heart is good.”

Although Liam, 28, hasn’t publicly commented on his split with Maya, 21, he was spotted walking arm-in-arm with Aliana, 24, at Heathrow Airport in London on May 24.  The curvy model – who appeared in the 2018 music video for Liam and J Balvin‘s collaboration, “Familiar”– wore a white crop top that showed off her stomach. The hot and heavy pair reportedly “struggled to keep their hands off each other” as they waited for their luggage. Their loved up trip to London likely to upset Liam’s ex-fiancée, who previously admitted that it was “hard” knowing he was moving on with Aliana.

Maya has since deleted the comment that revealed her heartbreak over Liam cuddling up with Aliana, but eagle eyed followers captured a screenshot of it. “I love all of the fans so much but please stop sending me these pictures of my fiancé wrapped around another woman. This is not me and it’s hard enough knowing this has happened without seeing it. Enough now,” she wrote on May 23 under a photo of Liam and Aliana that was shared to a fan site.

Liam Payne: Photos Of The Singer & One Direction Star

The emotional comment quickly unleashed an avalanche of cheating accusations against Liam, before his rep confirmed to PEOPLE that the two had ended their engagement and had broken up over a month ago. The split isn’t the first for Liam and Maya, who were first linked together in 2018. In August 2021, it was revealed that they had split, one year after he got down on one knee to propose.

At the time of their first split Liam admitted on an episode of The Diary of a CEO, “I’ve just not been very good at relationships. I know what my pattern is with relationships at this point. I’m just not very good at them. I need to work on myself first before I put myself onto somebody else. I just wasn’t giving a very good version of me, and I didn’t appreciate or like me. I feel better out of it.”

But, Liam and Maya reunited in October 2021 and went all in to give their love a second. He even confirmed in March 2022 that his engagement to Maya was back on, and told PEOPLE that she was “still” his fiancée” and that they were “very, very happy at the moment. Probably the happiest we’ve been.” Sadly, it seems their happiness didn’t last and Liam is going in a different direction now.