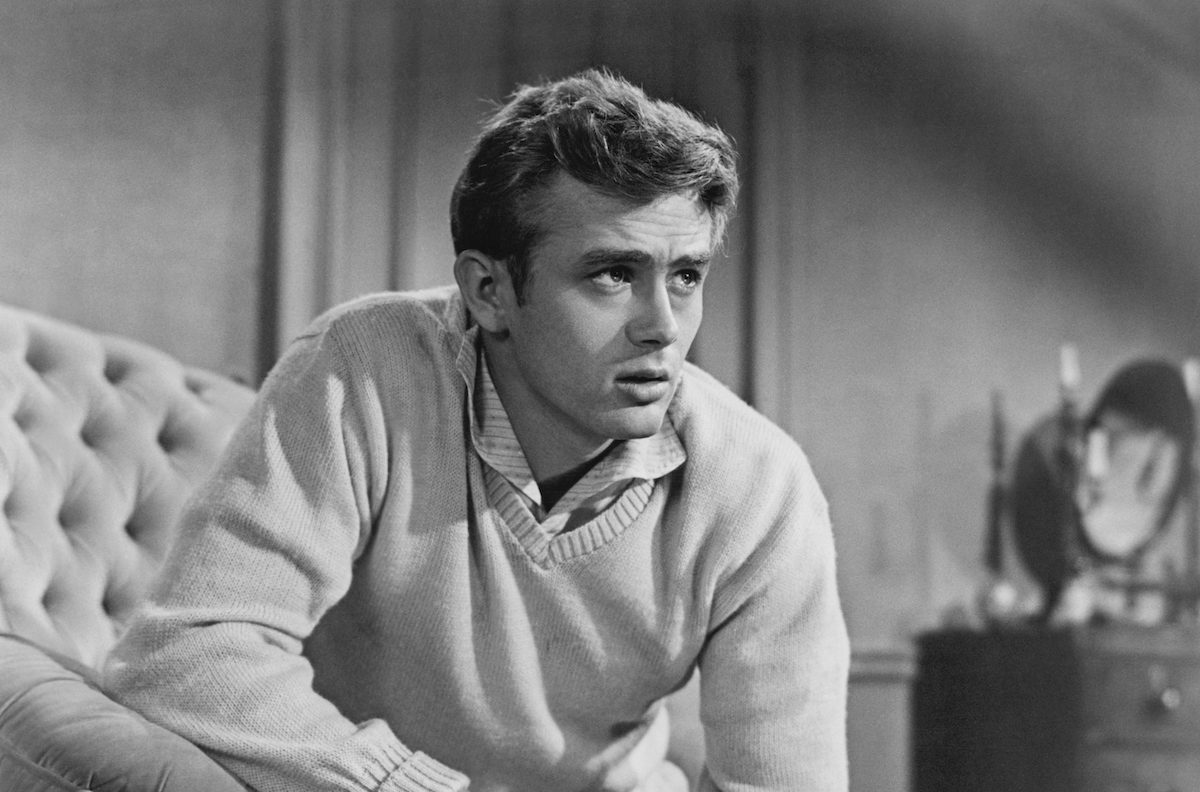 Referring to something as “so last year” may seem like a modern insult, but one old Hollywood star was already using it about 70 years ago. James Dean and Marlon Brando are two of the biggest movie icons of all time. A lot has been said, written, and rumored about their connection—including whether or not they ever had an affair—and one story that has repeatedly surfaced is that Brando thought Dean was a copycat, who was trying to pass of Brando’s acting style as his own. Brando reportedly made one comment after seeing Dean’s first film, East of Eden, that was particularly cutting. Read on to see what he had to say.

By the time Dean started making movies, Brando, who was seven years older, was already established as an actor and becoming well known for his method acting style. Dean studied method acting himself at the Actors Studio in New York City. According to the book The Method: How the Twentieth Century Learned to Act (via Vulture), Dean also studied Brando in particular and watched his 1950 movie The Men repeatedly. The book also reports that after Brando saw East of Eden, he said that Dean was “wearing my last year’s wardrobe and using my last year’s talent.”

The Method: How the Twentieth Century Learned to Act notes that this wasn’t the only time Brando made this sort of comment about Dean. According to the book, actor Norma Connolly said that Dean showed up to an Oscar party wearing a T-shirt and trying to get attention by drumming on pots and pans. When Brando arrived to the party in a suit, he supposedly said of Dean’s casual look, “That was last year, Jimmy.”ae0fcc31ae342fd3a1346ebb1f342fcb

In 1957, Brando was interviewed for The New Yorker by Truman Capote and spoke about Dean, who had died two years earlier.

“No, Dean was never a friend of mine … I hardly knew him. But he had an idée fixe about me,” Brando said. “Whatever I did he did. He was always trying to get close to me. He used to call up. I’d listen to him talking to the answering service, asking for me, leaving messages. But I never spoke up. I never called him back.”

Brando also said that he suggested Dean see an “analyst.” He explained, “[W]hen I finally met Dean, it was at a party. Where he was throwing himself around, acting the madman. So I spoke to him. I took him aside and asked him didn’t he know he was sick? That he needed help? He listened to me. He knew he was sick. I gave him the name of an analyst, and he went. And at least his work improved. Toward the end, I think he was beginning to find his own way as an actor.”

According to The Method: How the Twentieth Century Learned to Act, Dean defended himself against claims he was copying Brando. “[W]hen a new actor comes along, he’s always compared to someone else,” Dean reportedly told the press. “People were telling me I behaved like Brando before I knew who Brando was … I have my own personal rebellions and don’t have to rely on Brando’s.”

Dean only starred in three movies during his career, two of which—Rebel Without a Cause and Giant—were released after his 1955 death in a car crash. The actor was nominated for two posthumous Academy Awards: Best Actor in 1956 for East of Eden and Best Actor in 1957 for Giant.

READ THIS NEXT: Aretha Franklin Feuded With This Star for Years: “We’ve Never Been Friends.”