Maude Apatow’s Parents: All About The ‘Euphoria’ Star’s Family 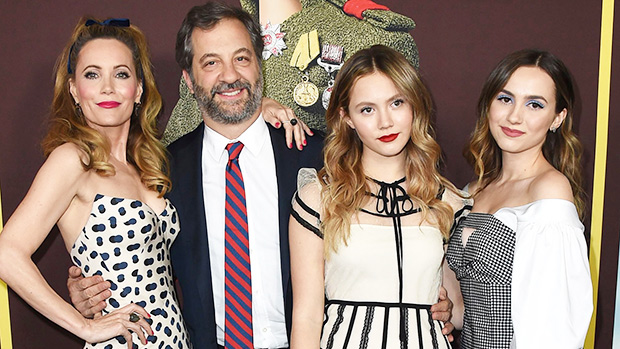 Maude Apatow has quickly become the darling of Hollywood after first getting fans’ attention in Knocked Up, Funny People and This Is 40. With roles in Assassination Nation and The King of Staten Island alongside Pete Davidson, the 24-year-old artist cemented her name on the go-to list for young actresses. And her recent turn as Lexi, the shy sister to Sydney Sweeney’s Cassie in HBO’s high school drama series Euphoria, catapulted her to a whole new level of stardom.

Carving her own path in Tinseltown is quite impressive when you factor in Maude’s parents are quite famous themselves. She just happens to call actress Leslie Mann and director Judd Apatow “mom” and “dad” respectively. Maude even worked with them in her first few movies, Knocked Up, Funny People and This Is 40, all written and directed by her father. “I always just wanted to do a good job because I care about what my parents think the most,” she EXCLUSIVELY told HollywoodLife in 2018. “Just from watching my parents, I’ve seen my whole life how hard they work and that’s what I’ve always wanted to be. Because I know how hard it is and hard work pays off.”

Find out all about Maude’s relationship with her famous parents, below!

Maude’s uber talented father directed her in the three films previously mentioned, as well as The King of Staten Island. “We have a very good working relationship,” she told Highsnobiety. “My dad is my mentor and gives me a lot of advice about everything that I do, with acting, writing, and directing. We have always had that relationship. But it’s hard to take advice from your parents without automatically wanting to stand up to them or be rebellious. I don’t know, sometimes he tells me things and I pretend not to hear them. But I always do listen to what he says. But I’ll call him out sometimes.”

Khloe Kardashian’s Tattoos: Everything To Know About Her Body Ink

While Maude has starred alongside her mother Leslie in the Judd-helmed comedies like Knocked Up, etc., the mother/daughter duo have also lent their talents to Jergen’s skincare commercials. “My mom’s taught me everything about beauty since I was really, really young,” Maude told People in 2018. “How to curl my hair, how to put on mascara, and the importance of always moisturizing!” As for what she thinks she interited from Leslie, Maude explained, “A good sense of humor, her passion… I feel like all of my good qualities. Also her feet. We literally have the exact same feet, even toenail shape and toe shape. Everything is exactly the same and the same size.”

And during a Mother’s Day interview with ET in 2021, Maude gushed, “I’m so lucky, I have the best mom, and my mom’s my best friend.”