Michelle Williams’ Kids: Everything To Know About Her Daughter & 2 Kids With Thomas Kail 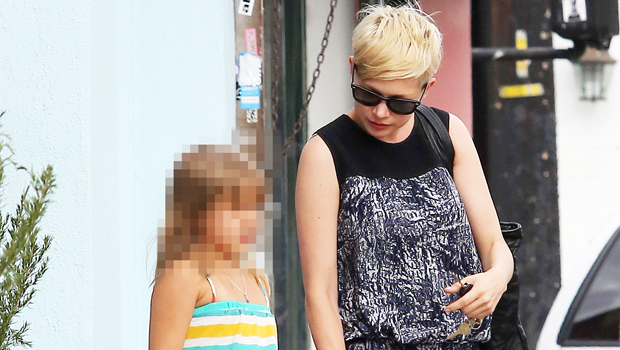 Michelle Williams is a critically-acclaimed actress! After her breakout role in Dawson’s Creek in 1998, she’s gone on to many beloved movies! She was cast in the 2005 romantic drama Brokeback Mountain, which earned her her first Golden Globe and Oscar nominations. It’s also when she started dating late actor Heath Ledger, who she had her first child with. Michelle, 41, has gone on to many more popular movies, like My Week With Marilyn, which earned her a Golden Globe win and another Oscar nomination, and Manchester By The Sea as well as many more.

Besides her daughter with Heath, Michelle also had a son Hart with her husband Thomas Kail, who she married in 2020, and they’re expecting their second child! Find out everything you need to know about Michelle’s kids here!

Michelle and Heath welcomed their daughter Matilda, 16, in 2005. Sadly, Heath died at age 28 in January 2008, when Matilda was still just a toddler. Since Matilda’s birth, Michelle clearly prioritizes motherhood above all else. When she won the Golden Globe in 2012, she made sure to thank her daughter in her acceptance speech. “I consider myself a mother first and an actress second and so the person I most want to thank is my daughter, my little girl, whose bravery and exuberance is the example that I take with me in my work and in my life,” she said, via Us Weekly.

As Matilda’s gotten older, she’s looked so much like her dad with so many people pointing out how closely she resembles The Dark Knight star, including Michelle. Shortly after his death, Michelle said that her daughter was a reminder of her late boyfriend in a 2009 profile from Vogue. “Every time I really miss [Ledger] and wonder where he’s gone, I just look at her,” she said, per Us Weekly.

Heath’s death was heartbreaking for his loved ones, and the actress has explained how hard it’s been to raise her daughter without Heath. “In pretty much all senses but one, I would be able to go totally down that line of thinking were it not for Matilda not having her dad,” she told Porter in a 2016 interview. “You know, that’s just something that doesn’t… I mean, it just won’t ever be right.”

Even though it was undoubtedly heartbreaking to watch her daughter grow up without her dad, Michelle has said that she’s seen Matilda be joyful, and she’s clearly a doting mom. “I watched [Matilda] warm in the sun, in her swimsuit, get on her bicycle and smile and wave as she rode off to go meet her friends. I went back into the house and sobbed because of this incredibly simple moment ― common everyday happiness,” she said in the same interview.

Over a decade after Heath’s death, Michelle married director Thomas Kail in March 2020. She’d been briefly married to indie singer Phil Elverum from 2018 to 2019. Michelle and Thomas had their first son Hart, 1, in June 2020. It seems like Michelle and Thomas have mostly kept their son private since his birth.

Long before she struck up her romance with Thomas, Michelle had spoke about wanting Matilda to have siblings in a 2012 interview with GQ. “I really expected or imagined, that Matilda would have siblings that were close to her age. I wanted that for her. But I couldn’t make that happen. And now that she’s 6 that isn’t even a possibility anymore,” she said. Even though there may be a 15-year gap between Matilda and Hart, it is super sweet that she gets to be a big sister now!

Michelle revealed that she’s expecting her third child and second with Thomas in a May 2022 interview with Variety. The Blue Valentine star was definitely “joyous” about becoming a mom for the third time. “As the years go on, you sort of wonder what they might hold for you or not hold for you. It’s exciting to discover that something you want again and again, is available one more time,” she said.