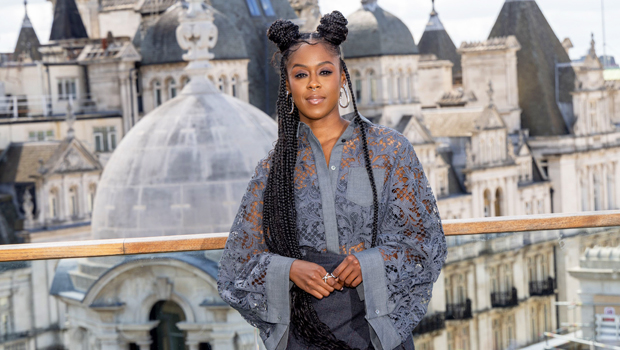 Obi-Wan Kenobi, premiering May 27 on Disney+, will feature the return of the beloved Jedi played by Ewan McGregor. Plus, Hayden Christensen is back as Darth Vader, setting the stage for an epic face-off. The series takes place after the events of Star Wars: Revenge of the Sith and will welcome a slew of new characters, including Reva/the Third Sister, a red lightsaber-welding Inquisitor who hunts down Obi-Wan on behalf of the Galactic Empire. Reva is played by Moses Ingram, who is relatively new to the acting world, but has already given an incredible performance in another hit television series. Here’s everything you need to know about Moses.

1. Moses is from Baltimore.

Moses grew up in Baltimore, Maryland in a blended family. She was one of six children and her mother worked in childcare, while her stepfather worked in city operations. Moses went to high school at Baltimore School for the Arts, where she participated in an after-school theater program. She graduated in 2012.

2. She went to drama school.

Moses continued her passion for theater after high school. She couldn’t attend Howard University for financial reasons, and instead went to Baltimore City Community College. But Moses continued doing local plays and eventually graduated with an associate degree. She ended up competing in young acting competitions and went up against Jonathan Majors, who went on to become a star in his own right. Moses, at Jonathan’s behest, auditioned for Yale School of Drama and was accepted in 2016, graduating with her Master of Fine Arts in June 2019.

Ahead of Obi-Wan Kenobi, Moses’ most notable acting role is definitely as Jolene in Netflix’s The Queen’s Gambit. Jolene is an orphan and childhood best friend to Beth, played by Anya-Taylor Joy. The series debuted in October 2020 and become Netflix’s most-watched scripted miniseries ever.

Moses’ performance in The Queen’s Gambit secured her a nomination for the Primetime Emmy Award for Outstanding Supporting Actress in a Limited Series or Movie. She was nominated against Jean Smart and Julianne Nicholson for Mare of Easttown, Kathryn Hahn for WandaVision, and Renee Elisa Golsberry and Phillipa Soo for Hamilton. Julianne beat Moses and the other ladies at the 2021 Emmy Awards. In total, The Queen’s Gambit won eleven Primetime Emmy Awards, including Outstanding Limited Series.

5. She was warned about getting hate from ‘Star Wars’ fans

In an interview with The Independent, Moses revealed that LucasFilm warned her about facing racism from Star Wars trolls. “It was something that Lucasfilm actually got in front of, and said, ‘This is a thing that, unfortunately, likely will happen. But we are here to help you; you can let us know when it happens,’ ” Moses shared. The actress also said that Obi-Wan Kenobi “is going to bring the most diversity I think we’ve ever seen in the galaxy before.” “To me, it’s long overdue,” she added.