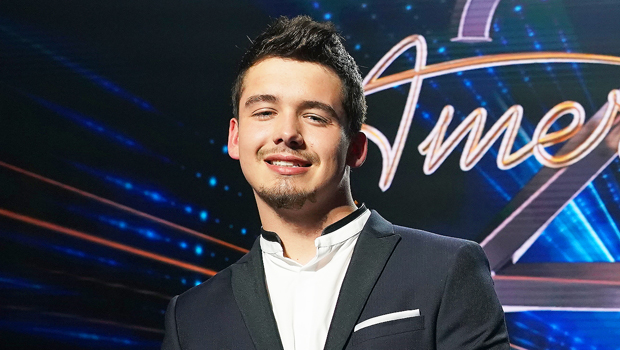 Noah Thompson joins other incredible singers as the newest American Idol winner. His family, including his 1-year-old son Walker, were there to witness Noah be crowned the new champion. “That meant the world, man, having them there,” Noah told HollywoodLife EXCLUSIVELY. “Them being there and be a part of that moment with me, that meant the world. It really did.”

For the 20-year-old Kentucky native, pursuing his dream of music and winning American Idol has been for his adorable son. “That’s the whole point for me doing this is… one day he’s going to look back on this, and I want him to look at and be like, ‘That’s my dad. That’s my dad.’ I want that to be something he can be so proud of. I think that’s what’s so beautiful about all this is, for Walker and me, this is something he’s really going to be proud of me as a dad,” the country singer continued.

After a whirlwind few days, Noah is back in Kentucky and taking some time to “be with my family for a minute [and] just see my little boy for a second because it’s been a long time coming. I just wanted to kind of spend some time with my boy…”

However, Noah has big plans for his future. Noah plans to move to Nashville because “that’s where music’s at. That’s where it’s all happening. I feel like that’d be my best bet. I’m really not that far from Nashville, so I can always come back home.” During his time on Idol, he actively tried to write new music. While at home in Kentucky, he “could never find the time to sit down and write a song. So I tried to really just take that time every day when we would actually have a break for a second sit down, pick up a guitar, try to put some words down, and do some things. So I don’t know. Hopefully, you hear some new things.”

When it comes to an album, Noah said he’d “love” to release one someday. “That’s what I’m looking forward to doing. I’m looking forward to playing shows and doing all those things,” he told HollywoodLife. The season came down to two country artists — Noah and HunterGirl — and he teased that “you might be hearing a duet here pretty soon on something. You might.”

The season 20 contestants were a tight-knit group. Noah admitted that the producers told him that “this is one of the best years they’ve had, and I fully believe that because we were all so just supportive of each other. We were all really rooting for each other. We wanted to see everybody go through, and we just became this little family.”

Even before he won American Idol season 20, Noah’s new single “One Day Tonight” climbed to the top of the country music charts. Noah is still stunned to see how his music is resonating with fans. “It blows my mind as much as it does anybody. Like I said, I’m still processing this. I’m coming to realize this is all really happening, and this is my life now. This is what I gotta do. This is what it is,” he said.