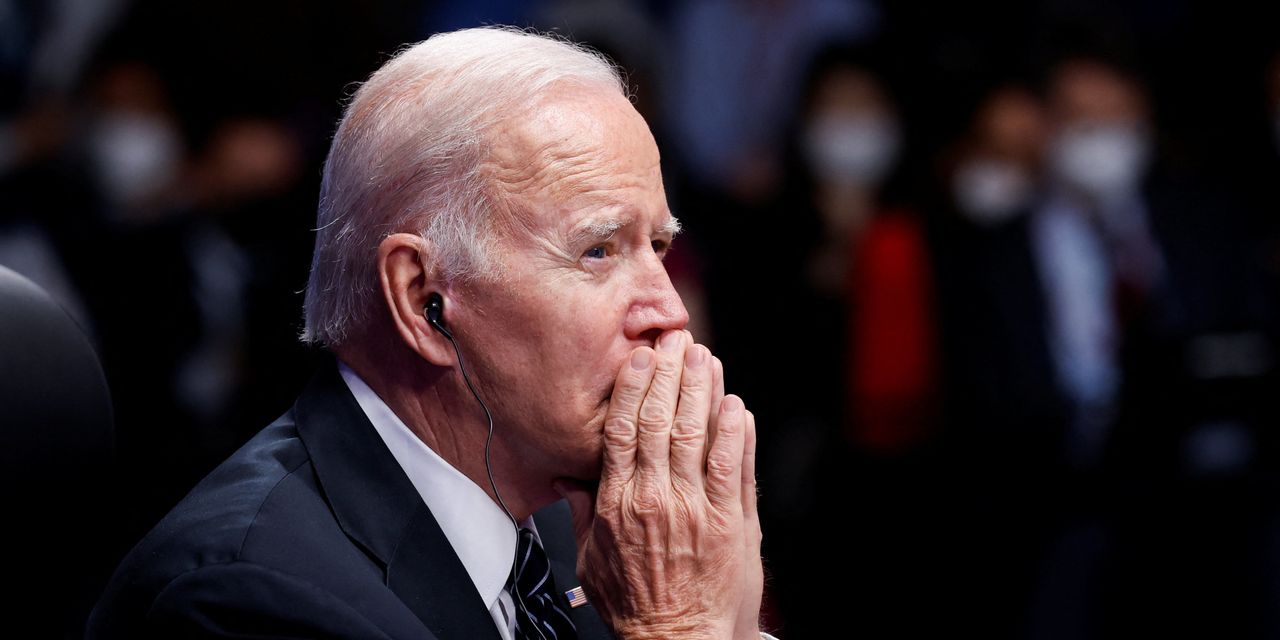 The press is saying President Biden blundered Monday in committing the U.S. to defend Taiwan, but after three similar statements in the last year maybe he means it. The arguably much bigger mistake is his decision not to include Taiwan in the new Indo-Pacific Economic Framework that the Administration launched on Monday.

Asked by a reporter if the U.S. would defend Taiwan militarily against China, Mr. Biden answered with a blunt “yes.” He went on to say that, “We agree with the One China policy. We signed onto it and all the attendant agreements made from there. But the idea that it could be taken by force, just taken by force, is just not—it’s just not appropriate. It will dislocate the entire region and be another action similar to what happened in Ukraine.”

That wasn’t a model of clarity, but it sounded like a change in policy from the “strategic ambiguity” toward the defense of Taiwan that has long been U.S. policy. Under the 1979 Taiwan Relations Act, Washington committed to arming the island democracy to defend itself but was unclear about whether the American forces would join the fight.

And, as they often do, the ever-nimble White House communications shop quickly told the press that Mr. Biden hadn’t meant to suggest a policy shift. The President is a master of the verbal muddle, but perhaps he is doing this intentionally. Knowing the U.S. is likely to intervene—and if it does, that the U.K., Australia and Japan are likely to join—may give Chinese President

some pause about the costs of an invasion.

The problem is that no one can be sure what the U.S. policy now is. The constant White House walk-backs of the President’s statements undermine his personal credibility with allies and adversaries. We’d support more clarity in defense of Taiwan, but it ought to be announced in more considered fashion—with support lined up at home and abroad.

It would also require a larger and more rapid plan to arm Taiwan and build up U.S. defenses. One lesson of the Ukraine war is not to wait until the invasion begins to start sending enough weapons. Send them now to make deterrence more credible.

China has built its military to be able to overwhelm Taiwan’s defenses with an amphibious and aerial invasion. But it has also built a force to prevent the U.S. from rapidly reinforcing Taiwan with air and naval assets. China has a long-range missile force that could cripple U.S. bases and airfields in the region. Those missiles would also attack U.S. warships, including aircraft carriers, if they move within range to deploy U.S. fighters to defend the island.

Mr. Biden’s budget sets the Navy on a path to shrink to 280 ships in 2027 from 298 today even as China greatly expands its fleet. A credible defense of Taiwan and U.S. territories and allies in Asia is going to require a much bigger military budget.

All of which makes it odd that Taiwan wasn’t included in the 13-nation Indo-Pacific Economic Framework the President rolled out on Monday. The new platform is clearly intended to counter China’s rising economic influence. It includes Japan, South Korea, India, Australia, New Zealand and much of Southeast Asia.

The exclusion of Taiwan makes no sense if you’re trying to show the U.S. commitment to the region. Taiwan is an economic powerhouse whose participation would enhance any trade or supply-chain agreements.

the White House national security adviser, ducked a question on why Taiwan was excluded. He said the U.S. plans “to pursue a deeper bilateral engagement with Taiwan on trade and economic matters in the coming days and weeks.” This would be welcome, but it’s still no reason to exclude Taipei from this new economic community.

The framework is also disappointing in its overall lack of ambition. It includes no reduction in tariffs or trade barriers, which would help the world economy. The White House says the deal is “intended to advance resilience, sustainability, inclusiveness, economic growth, fairness and competitiveness of our economies.” At least it included “growth” with the mumbo-jumbo.

The framework’s generality underscores the U.S. mistake in abandoning the Pacific trade pact that Barack

walked away from it, but Mr. Biden has been unwilling to re-enter the accord that went ahead without the U.S. That blunder has let China set the rules of trade for Asia with its own regional pact.

At least the new framework is an attempt to get back in the Pacific mix on matters other than defense and security. But it still has a long way to go to restore U.S. economic leadership in the world’s fastest-growing region.