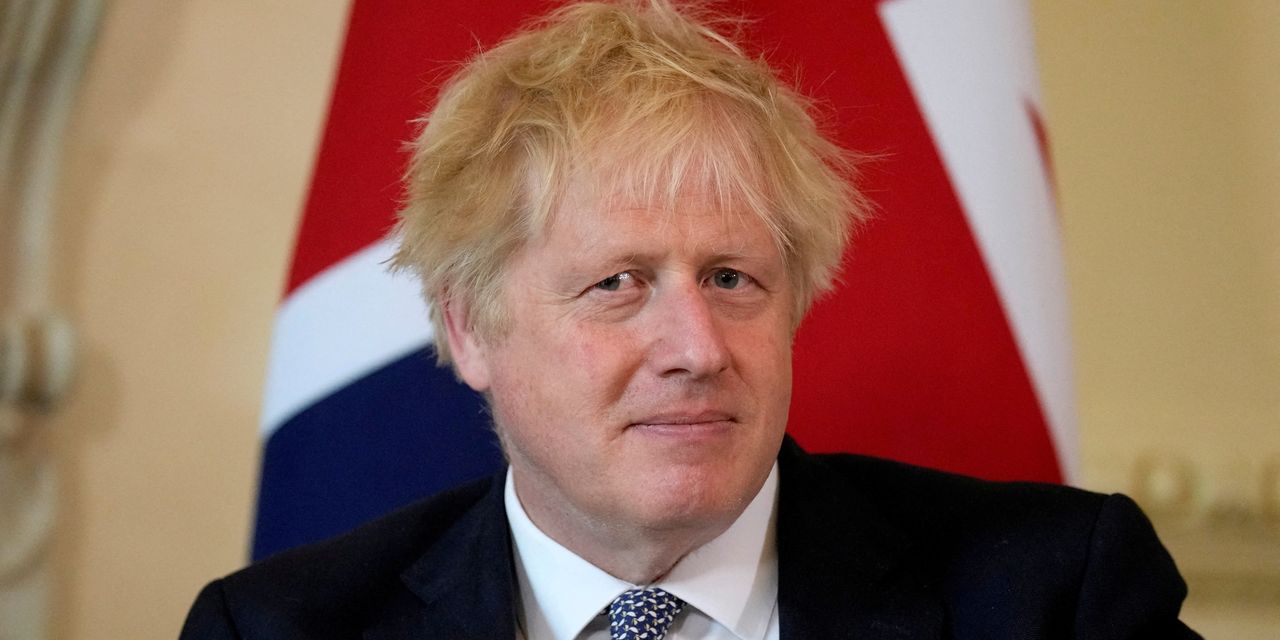 was embarrassed by this week’s report on his pandemic lockdown-busting parties, but the greatest political danger to his tenure is his mismanagement of inflation. His Tory government is handling it even worse than the Biden Administration is.

Mr. Johnson’s Chancellor of the Exchequer, rolled out another package of subsidies for households walloped by rising energy prices. This will include £650 each to about eight million people who receive means-tested social benefits. He’s doubling, to £400, an energy-bill discount for all households and converting it from an automatic loan into a subsidy.

These and other handouts will be funded in part by a windfall-profits tax of 25% on oil and gas companies, which itself will be offset by an investment-incentive plan that would do

proud. Even President Biden has so far resisted this kind of

None of this solves the underlying energy-inflation problem that Mr. Johnson has done so much to create with his green mandates and subsidies. He could cut household and commercial energy bills tomorrow by reducing green levies and mandates that account for about 25% of a household’s electricity bill. Britain could also produce more oil and gas in its North Sea fields, which Mr. Sunak hopes to accomplish via his investment tax break.

But the growing suspicion earlier this week that the windfall-profits tax was imminent was enough to trigger a selloff in London-listed energy-company shares (to the detriment of pension savers). Apparently the capital markets that will have to fund this investment doubt Mr. Sunak’s sincerity.

Voters have cause to feel the same way. These tax increases on energy companies and handouts to households have been endorsed by the opposition Labour Party since the winter. Now that Messrs. Johnson and Sunak have decided to imitate their left-leaning opponents, Labour is asking why voters shouldn’t prefer the real thing.

“You can’t fake fairness,” said Rachel Reeves, Labour’s shadow chancellor, in response to Mr. Sunak’s plan. “You either believe in it or you don’t. Labour called for a windfall tax because it is the right thing to do. The Conservatives are doing it because they needed a new headline.”

When parties of the right try to out-tax and out-spend the left, voters will trust parties of the left to spend with more conviction. Ms. Reeves has learned that lesson even if Messrs. Johnson and Sunak haven’t.

The Tories also are abandoning tax cutting, an issue on which they still do enjoy more credibility than the left. Or did. Labour is now demanding that Mr. Johnson reverse the 2.5% payroll-tax hike he imposed last month and cut the 5% consumption tax on energy bills. Who cares if voters don’t trust Labour to mean what it says on tax cuts if Labour is the only party promising to cut taxes?

Mr. Johnson’s Tories won a historic majority in 2019 thanks to the leftist excesses of

But Labour is learning its lesson and tacking to the middle, while Messrs. Johnson and Sunak are botching the Tory reputation for sound economic management. Mr. Johnson has survived this bad political week as Prime Minister, but it still could be the beginning of the end if he can’t give voters a better reason to vote Tory than Labour’s economic agenda.