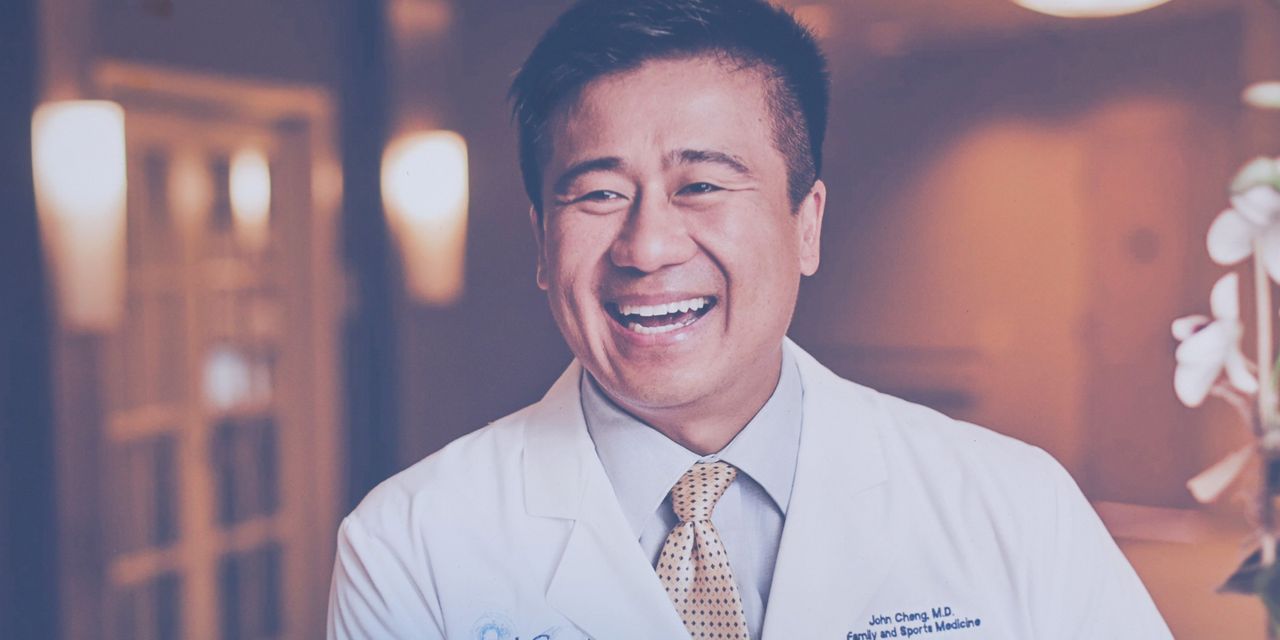 One can only hope to be remembered the way family, friends and patients across the country are treasuring their memories of Dr. John Cheng, the 52-year-old husband and father of two who gave his life confronting evil last weekend in California’s Orange County.

Amy Taxin and Julie Watson of the Associated Press report from Aliso Viejo:

He was known by all as simply Dr. John, the quiet, calm physician who mentored kids in kung fu, finding time between patient appointments to encourage people to learn self-defense. So it was no surprise to friends and colleagues that John Cheng spent his final moments saving others by rushing a gunman who fired on a Southern California church luncheon of mostly older Taiwanese people, including Cheng’s recently widowed mother…

“It was characteristic of Dr. Cheng to charge forward at that gunman,” said Erica Triplett, Cheng’s office manager. “It does not surprise any of us. Dr. Cheng exemplified what he was built for — his heroism that saved so many people not only at that church, but throughout his career.”

Among childhood friends from East Texas and classmates from Baylor University and Texas Tech’s medical school, intense grief is mixed with gratitude. “Every now and then, this overwhelming sense of pride fills my heart because I knew this man.. and I’m proud to call him my friend,” former classmate Sam Hammontree tells Shreveport, La.’s KSLA-TV.

The BaylorProud website carries remembrances from those who knew Cheng as a college student:

“He really had a heart for the Lord in a way that not any other man that I ever met did, and from a young age,” says Heidy McWhorter…

“You could just tell he was a very loving person,” adds Jinny Henson… “He was born to be a protector and to be a helper.”

In southern California, where Cheng built a family and a successful medical career, the AP reports:

Those who knew Cheng said that selflessness defined his life.

He started his practice by knocking on doors to introduce himself as the new family doctor in the area, said Johnna Gherardini, executive director of South Coast Medical Group. Cheng gave physicals to student athletes and then donated the money he was paid to Aliso Niguel High School.

Gherardini took kung fu with her daughter at Cheng’s urging.

“He’s always taught us how to protect ourselves,” she said…

“He was unfathomably kind,” read a note left by a patient taped to the door of his office, where people left flowers to pay homage.

In a video posted online, Cheng said he was inspired to get involved in medicine after seeing the care his father provided as a physician in their small community in East Texas, where the family had moved… from Taiwan when Cheng was a baby.

“It’s those small-town values that were ingrained in me when I was younger that really helped create this sense of community,” said Cheng, who… did his residency in California. “And in this modern society, in these modern times, we miss a lot of that.”

So many are now missing Dr. Cheng—or wishing they’d had a chance to know him.

Russia—though such opportunities continue to dissipate.

is losing several senior executives and board members, a brain drain that stands to weaken a prime driver of the country’s economy while Moscow wages war on Ukraine.

a longtime friend of President Vladimir Putin, are leaving the board of directors, the company said Friday.

Their departure coincides with those of several other executives who also hail from outside Russia. Ms. Hirtenstein and Mr. Wallace add:

The timing of the exits may be related to European Union sanctions, according to one of the people familiar with the matter. A ban on some contracts with certain state-owned Russian companies, including Rosneft, came into force on May 15. Whether this also applies to employment contracts isn’t clear. Having citizens of countries that imposed sanctions against Russia in the executive ranks at state-owned companies is also now seen as less acceptable by the Kremlin, the person said.

Some may continue to wonder how Mr. Warnig became acceptable in the first place. The Journal reporters add:

Mr. Warnig, a German businessman, served as an agent in East Germany’s secret police, where he forged a decadeslong friendship with Mr. Putin. He has been on Rosneft’s board since 2012.

And get this—if you believe the corporate ESG crowd, investors are supposed to think that Rosneft has been serving as some sort of model of social responsibility.

decision on whether to forgive student debt will be personal for many of his aides, who are among the millions of Americans carrying loans for college and graduate school.

At least 30 senior White House staffers have student loan balances, according to 2021 financial disclosures Bloomberg News obtained from the Office of Government Ethics… Collectively, they owe as much as $4.7 million, the documents show, including one legislative aide who reported owing between $500,000 and $1 million. Generally, only senior or well-paid White House staff have to file financial disclosures, and they don’t have to report debt less than $10,000, meaning the total number of Biden’s aides with loan balances is certainly higher.

Breaking News From Busytown
“Woman tries to flee police, drives into wet concrete and gets stuck,” Orange County Register, May 18

(Teresa Vozzo helps compile Best of the Web. Thanks to William Hestir and Mark Zoeller.)