Opinion | Constitutional Thunder Out of the Fifth Circuit 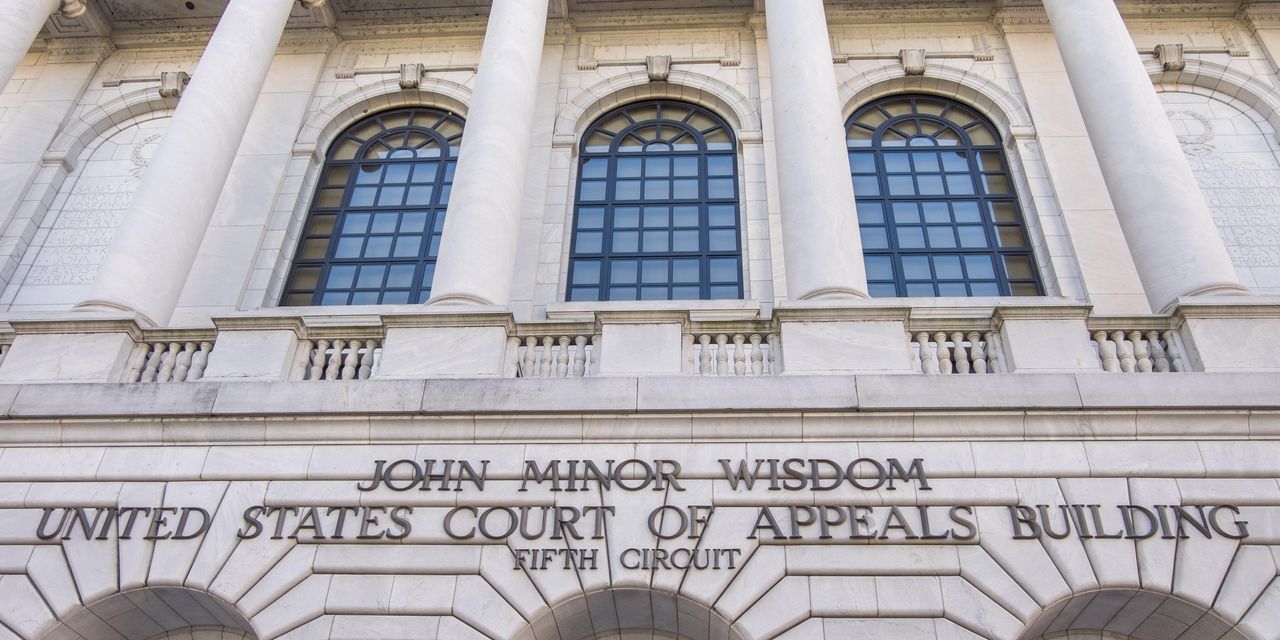 That rumble you hear in the distance is federal courts moving to re-establish the proper understanding of the Constitution’s separation of powers. The latest legal bombshell is a decision last week by the Fifth Circuit Court of Appeals (based in Louisiana) against the Securities and Exchange Commission.

and an investment adviser, and it goes to the heart of whether the Constitution still protects individual liberty. In 2013 the SEC charged the pair with securities fraud for allegedly inflating the value of fund assets. The agency said the higher valuation allowed them to earn higher management fees.

Mr. Jarkesy wasn’t allowed to defend himself in a court under Article III of the Constitution. Instead the case came before an SEC administrative law judge, who ruled against Mr. Jarkesy and his business partner. The commissioners then affirmed the decision and ordered them to pay a civil penalty and disgorge allegedly ill-gotten gains. The commission barred Mr. Jarkesy from the securities industry.

Merits of the case aside, the constitutional problem is that the SEC acted as prosecutor, judge and jury. The Dodd-Frank Act lets the SEC decide whether to bring charges in its own tribunal or federal court. The agency usually chooses the former, as do other agencies such as the Federal Trade Commission.

Enter the Fifth Circuit, which held in Jarkesy v. SEC that the SEC’s tribunals, as currently structured, violate the Seventh Amendment’s right to trial by jury. As Judge

explains for the 2-1 panel majority, the jury guarantee applies to all suits of “common law,” as understood at the time of the founding. This includes fraud prosecutions.

The Fifth Circuit also ruled that Congress’s delegation of legislative power to the SEC to decide where to bring fraud enforcement actions violates the Constitution’s separation of powers. Congress may grant agencies prosecutorial discretion to decide what cases to bring, Judge Elrod noted, but it cannot give them free rein to decide their judicial forum.

dissent in Gundy v. U.S. (2019) in which he said the Supreme Court should revisit its nondelegation doctrine that has given too much leeway to the executive branch to perform legislative functions. Two new conservative Justices have joined the Court since Gundy and may be willing to take up their colleague’s invitation.

It gets better. The Fifth Circuit found that the job protections of administrative law judges violate the constitutional imperative that the President “take care that the laws be faithfully executed.” The Supreme Court has interpreted this to mean that a President must have power over officers’ appointment and removal.

Yet SEC judges can only be removed by the five SEC commissioners if the government’s Merit Systems Protection Board (MSPB) finds cause. Commissioners and MSPB members can only be removed by the President for cause. SEC judges are insulated from Presidential removal by two layers of for-cause protection. This violates the Court’s Free Enterprise Fund (2010) precedent.

All of this is a blow to the SEC, but it’s a blessing for the proper understanding of the Constitution. The agency isn’t used to losing cases since defendants often settle to avoid the expense and hassle of litigation. Credit to Mr. Jarkesy for fighting back. The Biden Administration could seek an en banc review of the panel decision, but Judge Elrod’s opinion is sound and unlikely to be reversed by the full Fifth Circuit.

The ruling applies only to the SEC, but it could encourage similar challenges against other independent agencies. Some conservative Justices have hinted that they’d like to overturn the Court’s wrong-headed Humphrey’s Executor (1935) precedent that upheld limitations on the President’s ability to remove members of bipartisan independent agencies. The Biden Administration will have to decide if it wants to take that risk by appealing to the Supreme Court.

High Court watchers are preoccupied these days with looming decisions on social issues, especially abortion and gun rights. But the movement to rein in the runaway administrative state is arguably more important for limiting government and protecting liberty. This is an essential project of the conservative judicial movement, and the Fifth Circuit ruling shows the thunder coming from the judicial provinces.