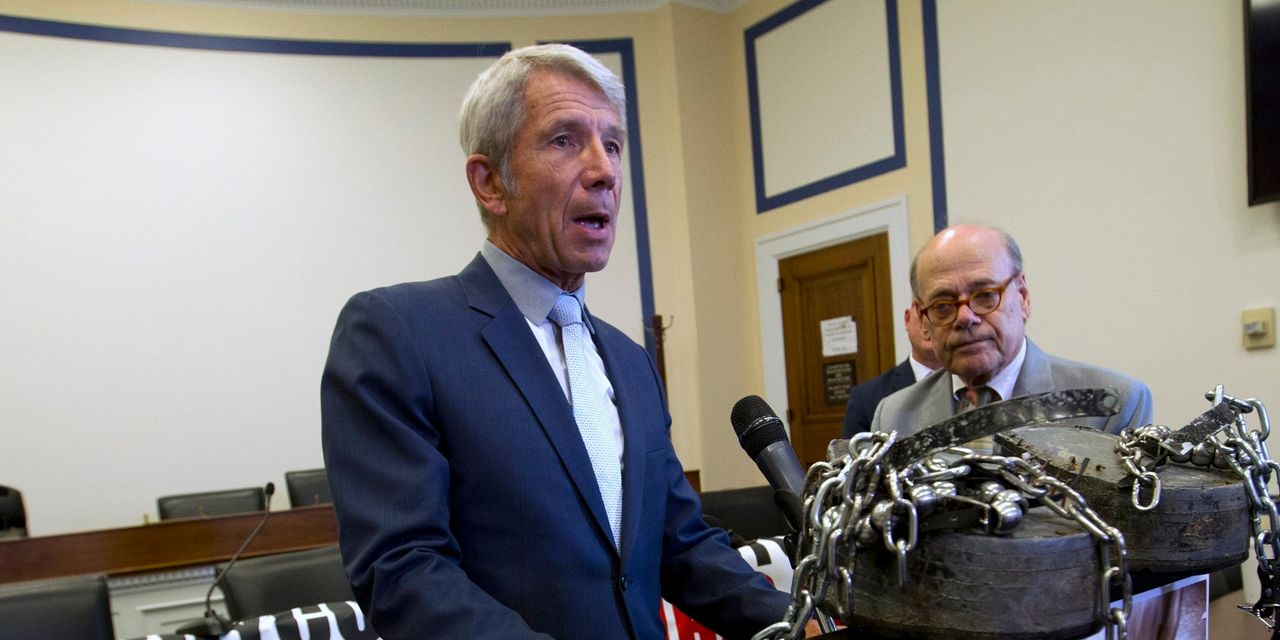 a member of the dwindling Blue Dog Coalition, has apparently been ousted by a left-wing challenger, Jamie McLeod-Skinner. The race hasn’t been called owing to a ballot issue in Clackamas County, but Ms. McLeod-Skinner holds a 20-point lead. Until 2019 I lived in Bend, the city that propelled her to victory, and I saw how the California exodus has made a once-moderate community increasingly intolerant of Democrats who stray, even slightly, from leftist orthodoxy.

Republicans outnumbered Democrats in Deschutes County when I moved there in 2014. But since then, Democrats have registered about two voters for every new Republican and now outnumber GOP residents. Oregon’s population growth, largely from California and Seattle, gave it a sixth congressional district in 2021. In reworking the Congressional map, Democratic legislators pulled most of Deschutes County from the reliably Republican 2nd District and tossed it into Mr. Schrader’s newly fashioned 5th District.

of Oregon.” She dubiously claimed on her campaign homepage that Mr. Schrader wasn’t pro-choice because he once said something positive about the Hyde Amendment, which prohibits federal funding of abortion—though he voted against it. Planned Parenthood gave Mr. Schrader a 100% rating and its endorsement.

He committed other heresies. Mr. Schrader warned colleagues the second Trump impeachment could be perceived as a “lynching,” then apologized and voted for it. He voted against

for speaker in 2018 and reportedly said she was “truly a terrible person.” He voted against various Democratic spending proposals, including Build Back Better’s welfare provisions. In a debate, when his opponent was asked how she’d tackle inflation, she chided Mr. Schrader for opposing $2,000 stimulus checks.

Mr. Schrader voted with President Biden 96.4% of the time, according to FiveThirtyEight, and won the endorsement of the president but not of several county Democratic officials. Ms. Mcleod-Skinner, who lives on a ranch near Bend, slightly outside the congressional district, was fired in 2017 from her job as city manager of Phoenix, Ore., after four months for allegedly creating a “hostile work environment.” Since then, she’s worked for short spells as an emergency preparedness coordinator, served on various boards, and ran unsuccessfully for Congress in 2018 and for secretary of state in 2020.

a small-business woman and former mayor of the Portland suburb of Happy Valley, in what could be a bellwether race in November. A key voting bloc will be the state’s newcomers, who’ll need to decide if they prefer the progressive politics of the places they left or something new. Meanwhile, spare a thought for “Oregon’s Joe Manchin” and all the other conservative Democrats, a coalition that becomes more endangered with each election cycle.

Mr. Seminara is a former diplomat and author of “Mad Travelers: A Tale of Wanderlust, Greed & the Quest to Reach the Ends of the Earth.”