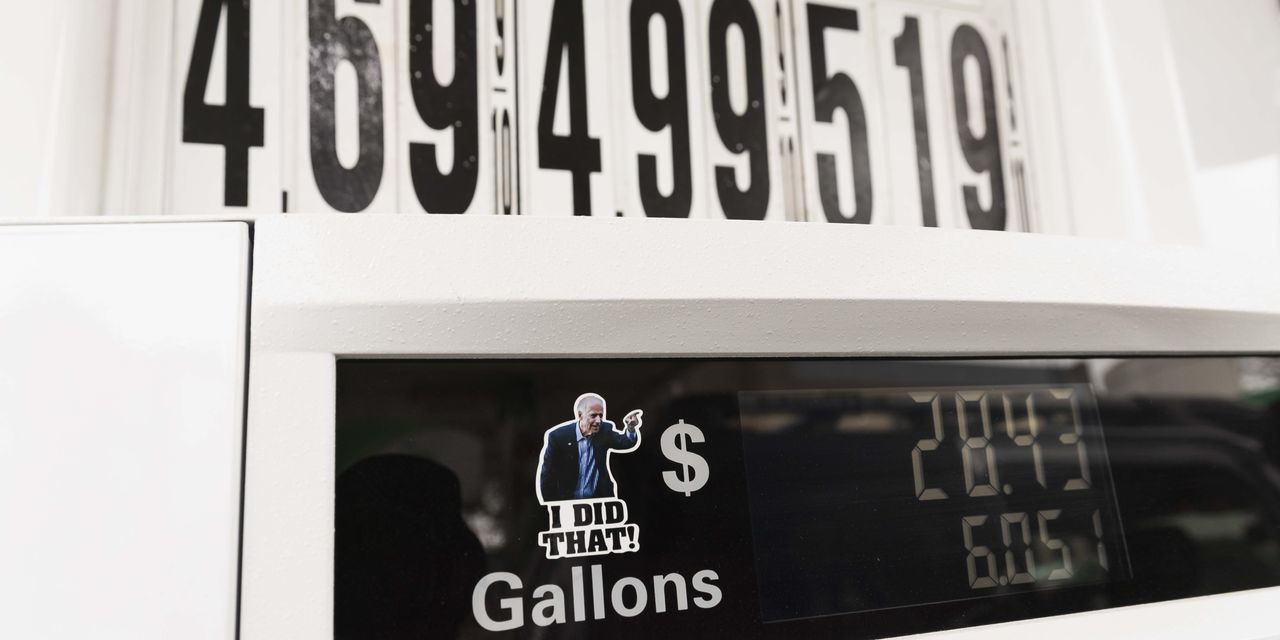 Most Americans will spend Memorial Day weekend with family and friends. Democrats campaigning for re-election will spend it in hell—gasoline prices through the roof, inflated prices forcing bargain-brand picnic food onto the table, stocks close to a bear market, constituents looking up the difference between recession and stagflation and the president is . . . Joe Biden, whose falling approval rating has become the political future’s most reliable indicator.

Mr. Biden spent his week in Asia talking about the economy back home. Aficionados of how the president arranges reality have noted that the Putin-did-it rationale for the troubled U.S. economy is giving way to the argument that it’s an economy “in transition.”

As the art of political nomenclature, this is progress, and I’d say Mr. Biden’s argument deserves a hearing.

“When it comes to the gas prices,” he said in Tokyo, “we’re going through an incredible transition that is taking place that, God willing, when it’s over, we’ll be stronger and the world will be stronger and less reliant on fossil fuels.”

The head of Mr. Biden’s White House economic council, Brian Deese, previewed this argument a few days earlier: “Our economy is in a transition from what has been the strongest recovery in modern American history to what can be a period of more stable and resilient growth that works better for families.”

Messrs. Biden and Deese are getting mocked in some quarters for euphemizing the current mess as a “transition.” But these remarks aren’t just Psakiesque word salads. Those “transition” statements help define how Mr. Biden and the Democratic Party want American workers to live into the far future. Buying into this “transition” will be the party’s pitch to voters in the fall elections.

One might say their argument has become irrelevant, since the party is almost certainly heading toward an election wipeout, with Republicans simply picking up the pieces. Too bad this isn’t a presidential-election year, which would produce a more focused debate on the proper post-pandemic relationship between government and a complex, advanced economy that is attempting to reorganize itself.

What Americans are going through now isn’t just another turn in the business cycle. Since 2009, the Federal Reserve has kept interest rates close to zero, an unprecedentedly long era of cheap debt. Ultimately, it gave birth to cryptomania and large investments in digital avatars.

We’ll never know whether an economy floating on the Fed’s soap bubbles could have run like this indefinitely because a black-swan event showed up as the Covid-19 pandemic of 2020.

Two years and trillions in federal stimulus spending later, the U.S. has a rate of inflation—8.3%—not seen since the 1970s, intractable supply-chain problems, the phenomenon of some companies inflating wages to attract workers while others plan layoffs, and stock-market volatility that is ruining 401(k) retirement plans and turning the financial industry’s best minds to mush.

This isn’t 1929. Most people have held on to their jobs. But the intensity of the current economic disruption calls to mind the remembrances of parents or grandparents who lived through the Depression. The years before the Depression were the Roaring Twenties. What came after—a world war and the 1950s—was a more sober, nose-to-the-grindstone economic era.

The only thing we know today is that the pre-existing status quo is gone. When Joe Biden and

say they want to transition to an economy with more “stable and resilient” growth, they are describing their alternative to the prepandemic froth. That vision has two goals.

The first is to use taxes and government-guided capital investments to compensate for the widening spread between the incomes of knowledge-economy workers and everyone else. The other goal, of course, is their great white whale—a non-fossil-fuel economy. Growth, they assume, will be slower in their economy but somehow steadier and more predictable. Substance aside, the progressive economic model is on its way down the political drain. Mr. Biden admitted as much in Tokyo when he remarked that passing his Build Back Better agenda would have lowered child and family-care costs and tempered the effects of inflation. Of course, it’s not happening.

Still, this grand progressive experiment—a final choice between the U.S. as a welfare state or a growth state—came within one Senate vote of reality. Sen.

blocked creation of the transfer-payment state, and the Democrats’ massive Covid outlays produced insurmountable political problems with inflation and labor-market distortions. The green-energy dream—whose relentlessly ignored costs will always be at cross purposes with their transfer payments high costs—is on hold for this election cycle and probably the presidential election in 2024.

Republicans will pocket November but shouldn’t gloat. Mr. Deese is right to say the goal is a stable, resilient economy. But they blew it. Their post-pandemic economy is a historic train wreck. The political gods, in their unfathomable wisdom, have handed Republicans a once-in-a-generation chance to help voters understand how to build a future from this ruin. Start talking.