Opinion | Oz vs. McCormick on Ballots in Pennsylvania’s Senate Race 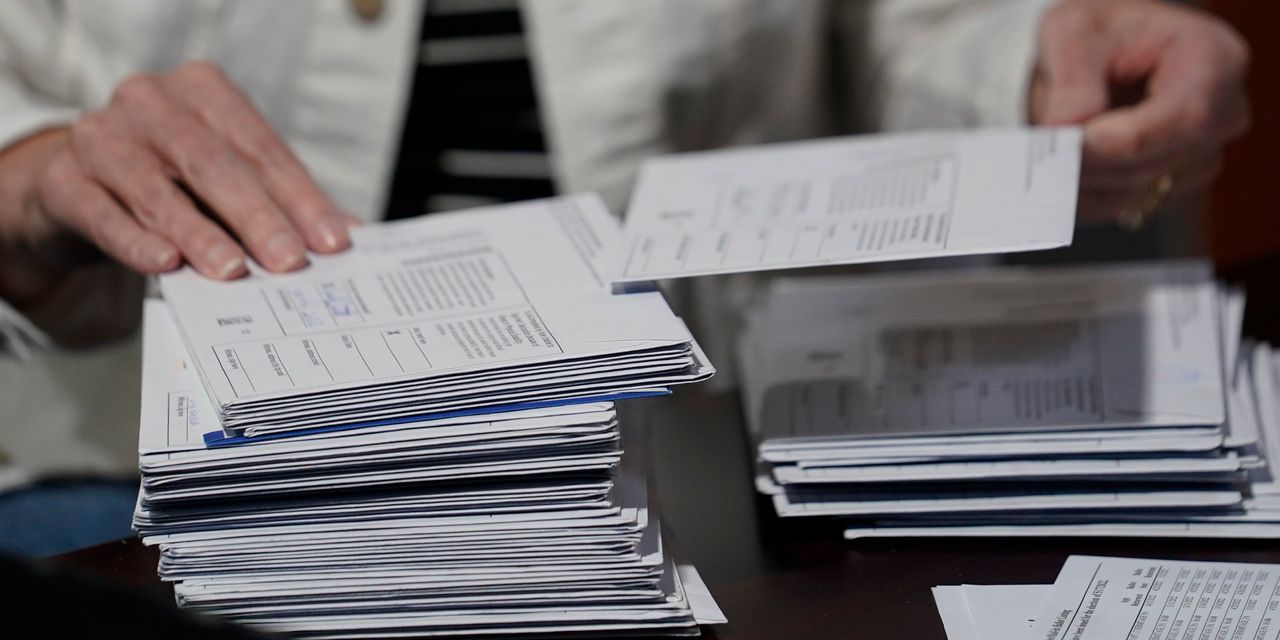 After a week of counting ballots,

lead in the Pennsylvania GOP Senate primary has fallen to 992 votes. Down, down it goes, and where it stops nobody knows. Pennsylvania’s sluggish processing of absentee ballots is bad enough, but every time the margin narrows, it raises the odds that this will turn into a larger mail-vote fiasco.

As of Monday, plenty of ballots were up in the air, including 2,000 provisional votes from both parties in Allegheny County. That’s a stronghold for Mr. Oz’s rival,

The two sides are also jockeying over mail ballots that voters neglected to date. Mr. McCormick wants them counted, since he’s winning 32% of mail votes statewide, versus 23% for Mr. Oz, who is urging the opposite.

The Pennsylvania Supreme Court ruled two years ago that undated ballots are invalid, even if they arrive on time. State law clearly says voters must “fill out, date and sign” the ballot envelope. Yet five Pennsylvanians who apparently can’t comprehend basic instructions sued in federal court after their undated ballots were rejected in last year’s judicial elections.

On Friday the federal Third Circuit Court of Appeals ordered that those undated 2021 ballots be counted. The judicial panel hasn’t posted its full opinion, but its judgment cites the Civil Right Act of 1964. That law prohibits officials from throwing out ballots with minor mistakes, “if such error or omission is not material in determining whether such individual is qualified under State law to vote.” In the Third Circuit’s opinion, a missing handwritten date on a timely ballot is “immaterial.”

Now counties are in a pickle as they consider undated ballots from last week’s primary. Do they set aside such votes, as the state Supreme Court said? Do they follow the Third Circuit’s view of a 2021 election, though the ruling could be appealed?

The figures look small, but there’s a chance they could be decisive if Mr. Oz’s lead continues to drop. Allegheny County says it has 42 undated GOP ballots. Montgomery County has 46, which will stay “unopened while we await guidance from the Pennsylvania Department of State and any potential legal action.” What if some counties count undated ballots and others don’t?

The worst outcome will be if a federal court ends up picking the winner. In any case, state legislatures shouldn’t wait for scenarios like this to blow up someday, somewhere. Undated ballots and the like are the new hanging chads, a source of indeterminacy, which is election poison. If they flip the outcome, both sides can plausibly argue they won.

As for the Third Circuit’s argument, does it apply to other goofs? Pennsylvanians are supposed to put mail ballots into unmarked secrecy envelopes, which go inside the return envelopes. If a “naked ballot” is sent in, it’s rejected. In 2020 the state Supreme Court upheld that law. Would the Third Circuit call an enveloping error “immaterial”? Allegheny County has 658 naked ballots for both parties. Another 14 have “identifying marks on the secrecy envelope.”

With any luck the U.S. Supreme Court will tidy up the Third Circuit’s mess, and state legislatures will act before 2024 to clarify muddled laws on mail voting. But if that fails, look out for more ballot-counting chaos, and more public mistrust in election results.