Opinion | Princeton Fed Me to the Cancel Culture Mob 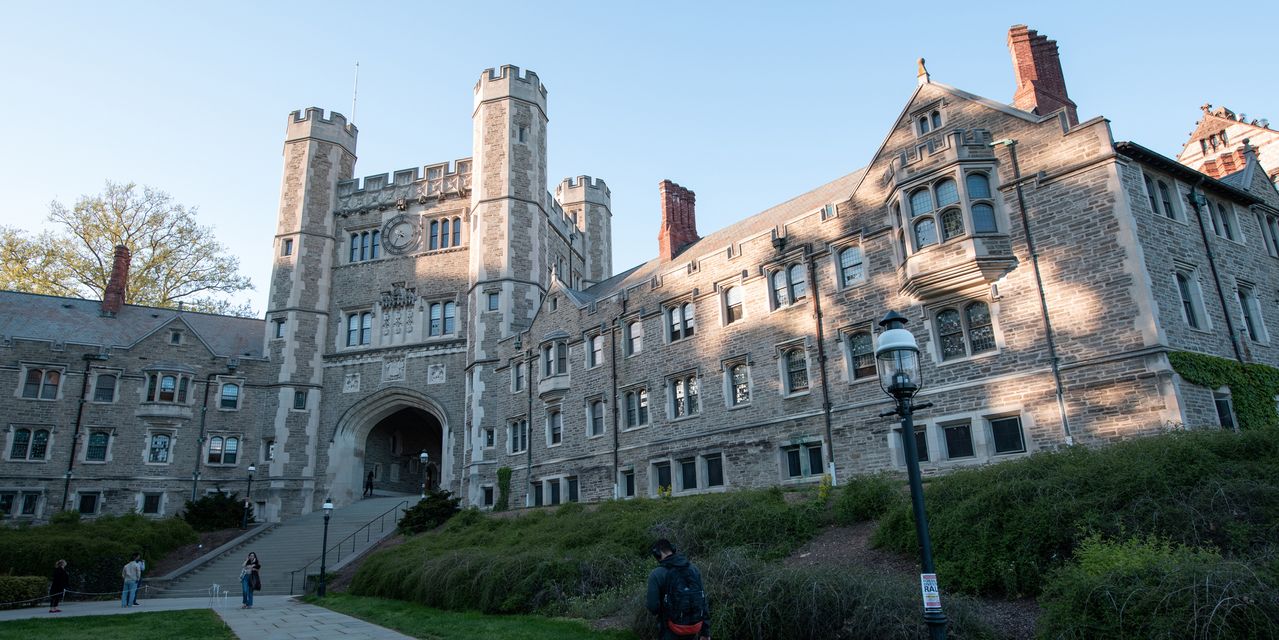 Nearly two years ago, I wrote in these pages, “I survived cancellation at Princeton.” I was wrong. The university where I taught for nearly a quarter of a century and which promoted me to the tenured ranks in 2006, has revoked my tenure and dismissed me. Whoever you are and whatever your beliefs, this should terrify you.

The issues around my termination aren’t easy to summarize. What is nearly impossible to deny (though Princeton does deny it) is that I have been subjected to “cultural double jeopardy,” with the university relitigating a long-past offense—I had a consensual relationship with a 21-year-old student—for which I was already suspended for a year without pay well over a decade after my offense. This was, I emphasize, a violation of an internal university rule, not a Title IX matter or any other crime.

Why would one of the country’s leading educational institutions do this to a successful faculty member who once made a grave mistake, admitted to this mistake as soon as he was investigated for it and served his time without complaint? Unfortunately, the current environment makes the question all too easy to answer: In the summer of George Floyd, certain opinions about the state of America that would have been considered normal only a few months earlier suddenly became anathema. For better or worse, I was the first on campus to articulate some of these opinions, publicly criticizing a number of “antiracist” demands, some of them clearly racist and illegal, that hundreds of my colleagues had signed on to in an open letter to the administration in early July 2020.

While I stand by my words to this day, even in the immediate aftermath of the faculty letter, few of my colleagues gave signs of standing by theirs. But as they go about their merry destructive way, I live with the tremendous backlash against me, which has never ceased. It was during a fleeting and illusory lull in late July 2020—after Princeton’s president,

who had initially condemned me, stated that what I had written was protected speech after all—that I rashly suggested all was well.

So what did I get wrong? There are at least five things of which I was unaware. First, I didn’t yet know that one of my colleagues had, in her official capacity as director of graduate studies, written an individual letter to every graduate student in the classics department about the “pain” I had caused. Second, I didn’t yet know that, in a Zoom session about “equity” only a couple of days later, students and colleagues would badger me to apologize. (For what exactly, they did not say, and I refused—which was absolutely the right thing to do.) Third, I didn’t yet know that, with only a handful of exceptions, almost none of my colleagues would ever speak to me again. Fourth, I didn’t yet know that the university would make an example of me to the entire incoming freshman class in August 2021, singling me out among sitting faculty as a virulent racist, in part by doctoring a quotation from my article—a move that has brought widespread condemnation.

And then there is the fifth thing. I didn’t yet know at the end of July 2020—and could scarcely have imagined—that two student reporters at the Daily Princetonian had begun digging into my past in an attempt to destroy me. The result of their investigations was published in early February 2021, whereupon the editor-in-chief wrote an email to her staff about the “stellar reporting,” which “has been in the works for seven months,” that is to say, since early July 2020, only days, if not hours, after I had criticized the faculty letter. This stellar reporting uncovered the illicit relationship, which was already known to the administration and for which I had already been punished. But that is not all: The reporters also made a series of false and outrageous claims about my behavior. As longtime

legal reporter Stuart Taylor Jr. put it, the Daily Princetonian’s “unprecedented investigation and hit piece . . . threw away basic journalistic standards,” for “[n]o credible newspaper would . . . print an article with such a large number of unnamed sources, filled with conjecture and innuendo.”

But no matter. The point was to stir up the mob, which it did. It also stirred up the woman with whom I’d had the relationship so many years earlier. Having resolutely refused—of her own volition, I stress—to participate in the investigation that led to my suspension, she now provided the university with a selection of decontextualized emails. I then provided the context, in full detail, but the administrators didn’t care. They had their ammunition and were all too glad to use it.

In October, John McWhorter wrote in his best-selling book “Woke Racism” that I would “not be selling pencils on the street anytime soon” since I had “said no and survived.” He was partly right. I will be fine: I have a wonderful wife and parents, I have true friends, and I am not indigent. I won’t need to sell pencils on the street. But not everyone who is dismissed from his job is so fortunate. I shudder to think of how things would be for me if I didn’t have a safety net.

To quote the Journal editorial board, “The dean of the faculty insists that Mr. Katz’s politics ‘is not germane to the case.’ And if you believe that, you have been living in a cave off-campus.” Quite right—except that no one does live in a cave off-campus. Unfortunately, as Andrew Sullivan put it in 2018, “we all live on campus now.” It is high time to leave, and to rescue town from gown.