Opinion | Red Flag Laws Are As Good as the Data 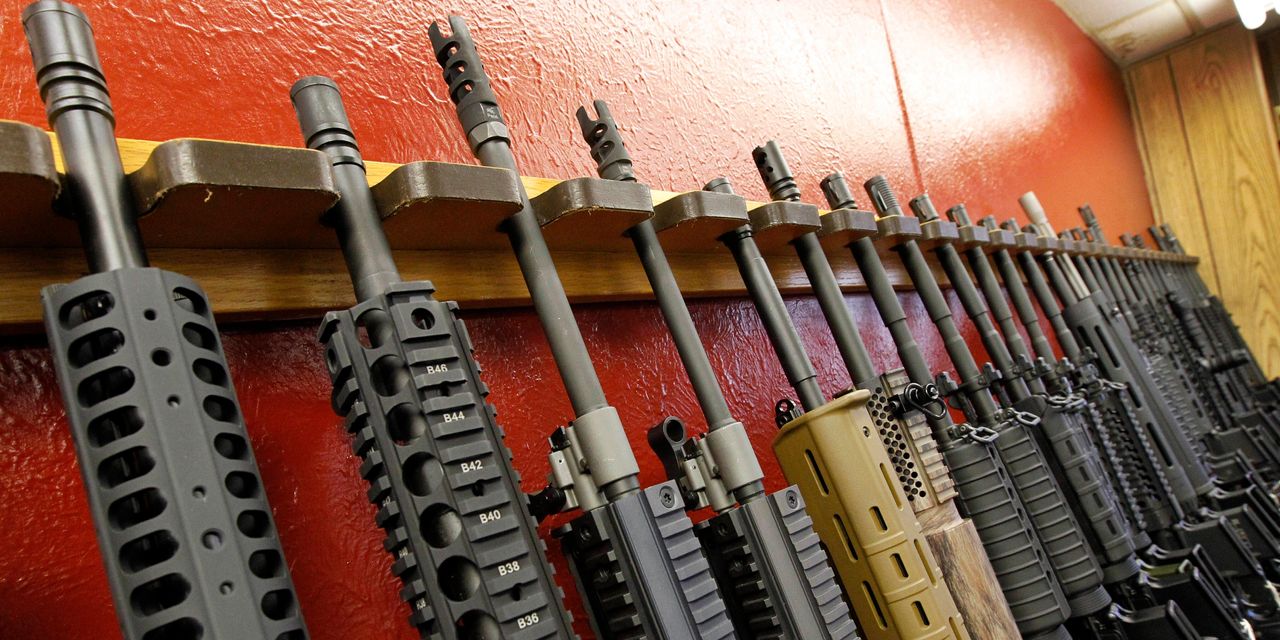 emphasizes that it was in a “private” message, not a public post, that

announced his intent to kill his grandmother and attack a school. But electronic text messages, including those designed to disappear as soon as read, are not private in relation to the carrier. The intended recipient may never see them but the carrier always does. The message must exist in a database to be seen. Google, until a few years ago, scanned your private email to show you ads. Many email carriers still do. If private electronic messages can be scanned for one purpose, they can be scanned for any purpose.

in a headline, saying the president demanded the “US ‘Stand Up’ to Gun Makers after Texas Attack.” No he didn’t, because he’s not an idiot. His actual words were not gun makers but gun lobby, which at least allowed some intelligent ambiguity about whom he was referring to. Gun makers are a nonfactor in U.S. gun policy. They have no clout and little voice relative to the actual gun “lobby,” if we can use that word to refer to millions upon millions of pro-gun voters.

would have been president in 2000 if he hadn’t lost his home state thanks to these voters and the 1994 assault weapons ban. Enacted in horror after the Luby’s mass-shooting in Texas, it expired quietly 10 years later because pro-gun voters changed Congress in the same quiet way they denied Mr. Gore the White House.

Of the 20 million guns sold in the U.S. a year, half are clip-fed semiautomatics of the sort handy for slaughter by somebody wanting to make a demented statement. Stopping these sales is not on any legislature’s agenda. Getting these guns out of the public’s hands would be an even taller order. Wisdom, however, is preserved in clichés: There’s more than one way to skin a cat. Ask Google,

or Facebook, companies that employ data scientists by the thousands, which databases they would have to access to head off the next mass shooting, which privacy restrictions would have to be relaxed. It would be the simplest problem they were asked to solve all week.

In Texas, you can’t buy a gun without presenting a driver’s license or other government-issued ID, filling out a federal form, undergoing an instant background check, all of which create information in a database. An oversight is Texas’ failure to make sure anyone buying ammunition also leaves a record. This can be fixed.

A disciplined, hardened terrorist, or an odd fish like the Las Vegas mass-murderer

might not otherwise betray his murderous intentions, but the typical gun-fetishizing, mass shooter-admiring obsessive copycat will. This has been made clear in excruciating episode after excruciating episode. As the Texas atrocity showed again, killers of this ilk advertise their inclinations online and offline. They advertise their acquisition of weapons. They give voice to threats because making threats meets the same psychological need that acting on those threats does.

Red-flag laws, by acclamation, may be our response to the latest Texas and Buffalo shootings. But red-flag laws are only as good as the evidence that causes somebody, often police, to invoke them. Most are single-data-point laws—somebody complains for some reason. The results are bound to be mediocre, producing false positives and harassment of innocent citizens. But now punch the name into a hypothetical Google Mass Shooter Profiling Tool, scanning the subject’s recent online history, purchases and school, employment, police, medical, and travel records. A subroutine, the Google Social Stability Matrix, examines data related to the subject’s longer-term life pattern. Is he a stable, invested member of the community or adrift and unconnected?

Many data points are better than one, making the red-flag petition less of a shot in the dark and less of a menace to the law-abiding. A subject who rates a 3 might merit a welfare check, one who earns an 8 an immediate lookout-order using networked license-plate readers and face-recognition cameras. But then ask: Why wait for a red-flag petitioner to supply a name? Why not have an algorithm already looking for warning patterns that even a family member, school official or employer might not see?

Sound like China? The data exist. Private and public institutions already have many feet in this pool. The Uvalde school district, according to the Washington Post, was monitoring social media to identify budding student conflicts. These techniques won’t be uninvented or stop progressing, so the remaining choice is to wrap them in democratic accountability and due-process. Most crimes may not be stoppable by such means but statement-style mass shootings peculiarly are almost begging to be stopped.