Opinion | Return of the National Nanny 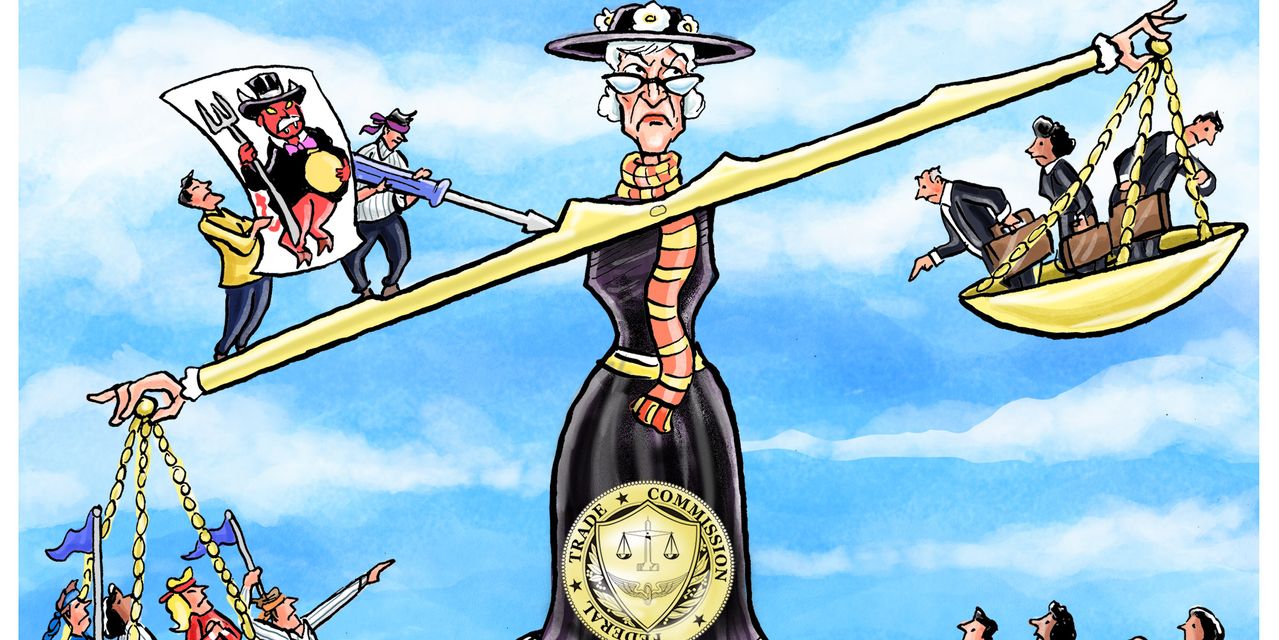 Consider this scenario: With the political wind at their backs, activists, concerned over the putative power of business and the harm they are sure it causes, take control of the Federal Trade Commission. They propose to transform the economy by wielding the Commission’s most powerful weapon: industry-wide rulemaking.

That happened, with disastrous results, in the 1970s and seems likely to happen again. Although the FTC barely survived its ’70s debacle, Commission leaders today appear bent on reshaping the American economy to fit their own vision. In a new report for the American Enterprise Institute, we analyze rulemaking changes the FTC approved last year that appear to have been made solely to expedite these radical goals.

In 1975 Congress gave the FTC’s consumer protection rules the power of law. The Commission launched 16 rulemakings in a year, seeking to transform entire industries that touch everyday life, from antacids to used cars to vocational schools. Only five of the proposed rules survived, mostly as pale shadows of the original proposals. As a review mandated by Congress and academic studies concluded, the proposals lacked three essentials: clear legal theories of why the practices they targeted were illegal, substantive theories of why the practices were occurring and how to fix them, and evidence to evaluate the problem and remedies.

The epitome of misguided 1970s rulemaking was the 1978 Children’s Advertising proposal, which could have banned all TV commercials directed at or seen by a largely young audience. The proposed rule signaled to many in Congress, the business community, and the media that the Commission was pursuing a personal vision, not addressing consumer harm. The Washington Post, no bastion of conservatism, editorialized that the FTC was becoming the “National Nanny.” In 1980 Congress limited FTC rulemaking and briefly denied the agency funding, the first time an agency was forced to close in a budget dispute.

Following this turmoil, bipartisan leadership over the next decades rebuilt the FTC into a respected consumer protection agency and the enforcer and reinforcer of basic marketplace rules. Today’s activists reject these gains and instead assail what President Biden described as 40 years of failure.

Transforming the American economy into a progressive utopia would require the FTC to become a powerful legislature. To expedite FTC-crafted legislation, or rulemaking in agency-speak, the Commissioners last year approved substantial changes, on a 3–2 party-line vote. They did so with neither public comment about the changes nor input from most of the agency’s professional staff.

FTC leaders should have learned from the past. To avoid the mistakes of the 1970s, the Commission must use processes that guarantee scrutiny of its proposals, provide for an inquiry into their facts, and ensure a critical evaluation of proposed remedies and their likely effects. Congress sought to establish just such a process when it first codified rulemaking authority.

Instead, the Biden FTC’s changes are all about accelerating the progressive agenda. The Commission’s explanation doesn’t say the goal is writing better rules or avoiding mistakes. The new rules will produce greater political control of rulemaking and less public input, violating both the agency’s statutory authority and sound public policy. For example, the changes remove the statutory requirement that the Commission explain its reasons “with particularity,” allowing instead a general statement of reasons. The many critiques of 1970s rulemaking identified the Commission’s failure to articulate clear legal and substantive theories as a root cause of the problems.

The new rules subvert the independence of the presiding officer, who oversees the rulemaking, and eliminate the public staff report, which summarizes the often extensive record and makes final recommendations. With no staff report, there will be no opportunity for public comment on the staff’s final recommendations, which have often changed substantially from the initial proposal. In prior rulemakings, both outside parties and reviewing courts have relied heavily on this report.

Good rulemaking takes time, with careful scrutiny and public input. Making sound rules that will stand the test of time is more important than crafting them quickly, with less attention to their merits and less public input.

The procedures for the proposed Children’s Advertising rulemaking gave rise to lawsuits against the FTC. In its 1979 opinion in Association of National Advertisers v. FTC, the D.C. Circuit noted that the Commission appeared to have “long ago settled on what it had in mind and deliberately fashioned its special rules to achieve that result with the fewest possible outside intrusions from precisely the parties Congress intended to have participate” in such a proceeding. The new changes project the same aura of inevitability for the emergent rulemaking plans.