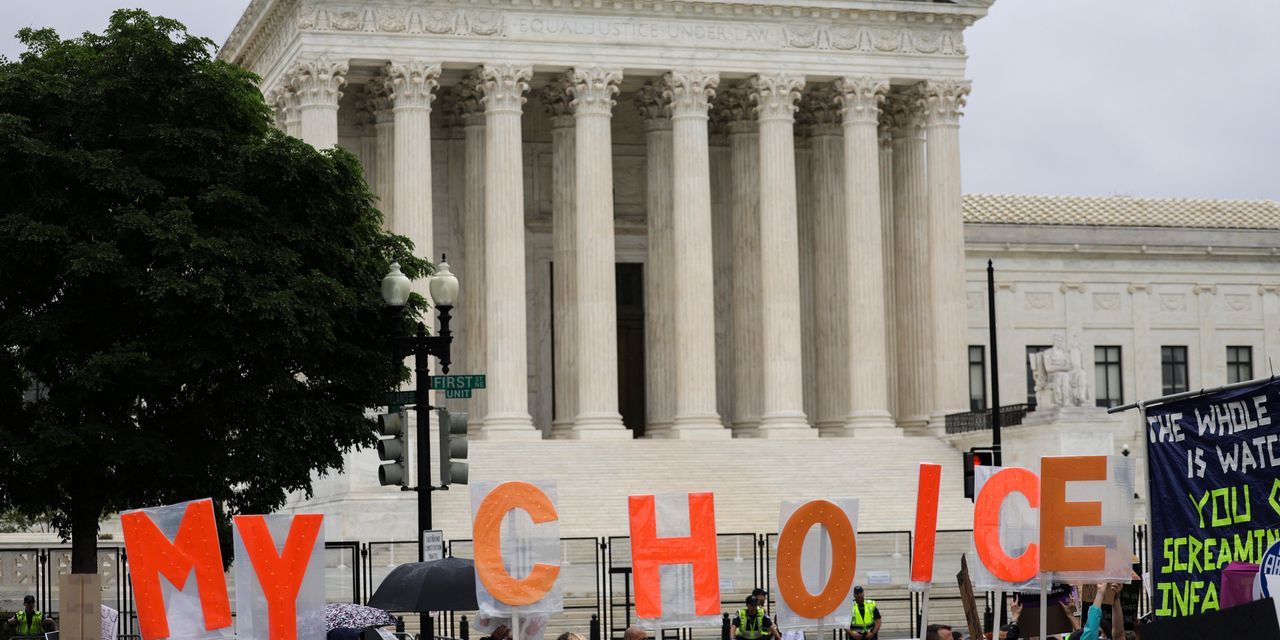 For decades, every argument about Supreme Court precedent has been a proxy war over Roe v. Wade (1973). Anytime the justices questioned a precedent, their opinions were read as clues for the future of Roe.

Now that Roe itself is at stake in Dobbs v. Jackson Women’s Health Organization, the script has flipped. Critics of Justice

leaked draft opinion charge that overturning Roe would condemn other precedents: Griswold v. Connecticut (1965), establishing the right to contraception; Obergefell v. Hodges (2015), the right to same-sex marriage; even Loving v. Virginia (1967), the right to marry regardless of race.

Yet Roe v. Wade is in a class by itself. No modern Supreme Court precedent has less connection to the Constitution’s text; none stir greater moral and political disagreement. And if some take Roe as the epitome of precedent, that is one more reason to overturn it. The doctrine of precedent is too important to be defined by such a poorly reasoned and divisive case.

Precedent, or stare decisis, is fundamental to our constitutional system.

urged in Federalist No. 78 that “to avoid an arbitrary discretion in the courts, it is indispensable that they should be bound down by strict rules and precedents.” America’s judicial power reflected its English common-law heritage: By giving weight to earlier judges’ decisions, each new generation of judges would acknowledge their own fallibility and practice self-restraint.

But U.S. judges must be governed first and foremost by the written Constitution. A Hamiltonian respect for both “rules and precedents” becomes more complicated when old precedents conflict with judges’ reading of the Constitution.

The Roberts court confronts such a moment, as a conservative majority applies an originalist methodology different from the dominant jurisprudence of a prior generation. But these aren’t the first justices to doubt the wisdom or propriety of the precedents they inherited. Liberal courts from the New Deal era through the 1960s overturned many 19th-century precedents based on new understandings of the Constitution.

Justice Alito’s draft opinion in Dobbs exemplifies a Constitution-focused approach to reading text and weighing precedent. First it analyzes the Constitution’s text, to determine if Roe was rightly decided. Then, on the question of stare decisis, it considers reasons why even a mistaken precedent might be left intact.

Critics point to the draft opinion’s skepticism of judge-made rights that are neither spelled out in the Constitution nor “deeply rooted in this Nation’s history and tradition” and “implicit in the concept of ordered liberty”—both quotes from Supreme Court precedent. That approach, they claim, would doom Loving, Griswold, Obergefell, and more.

Their invocation of Loving is baseless. The court’s rejection of laws against interracial marriage was plainly correct under the 14th Amendment’s right to “equal protection of the laws.”

Griswold and Obergefell are dubious interpretations of the Constitution’s text. But any case seeking to overturn them would need to grapple seriously with the stare decisis factors that Justice Alito’s draft opinion highlights, such as the precedent’s “workability” and its effect on other areas of law.

Overturning Obergefell would unsettle the legal relationships of countless same-sex spouses and their families and a host of other related rights. And defending Griswold as a matter of stare decisis would be much different than defending Roe.

Because abortion involves the interests not only of the mother but also of the unborn child (and the government’s interest in both), the court’s abortion jurisprudence has always been a mess of contrived categories and multifactor tests, resembling legislative logrolling more than judicial reasoning. Griswold, by contrast, simply created a categorical right to contraceptives for married couples, extended to the unmarried in Eisenstadt v. Baird (1972). Even if these cases were wrongly decided, they are far more workable than Roe.

Such stare decisis considerations are ultimately prudential judgments. But that is precisely the point: Taking precedent seriously in our constitutional system means taking each precedent’s specific details and circumstances seriously. Like all prudential judgments, a judge’s analysis of stare decisis factors will surely spur debate and criticism. And the judge may exercise his judgment poorly—but so may the critics, especially when they attempt to reduce the doctrine of precedent itself, one of the most nuanced parts of constitutional self-government, to slogans.

Abandoning Roe would improve this part of our constitutional discourse. Precedents in other areas of law will be evaluated and debated in much more nuanced and open-minded terms without lawyers, judges and citizens looking over their shoulders at what Sen.

once called the “super precedent” of Roe. Cases would be taken more seriously on their own terms, and not as a proxy war for a court-made right to abortion.

Roe was a bad precedent, but precedent itself is a constitutional good. Abandoning the former will do justice to the latter.

Mr. White is a senior fellow at the American Enterprise Institute. Last year he served on President Biden’s Commission on the Supreme Court of the United States.