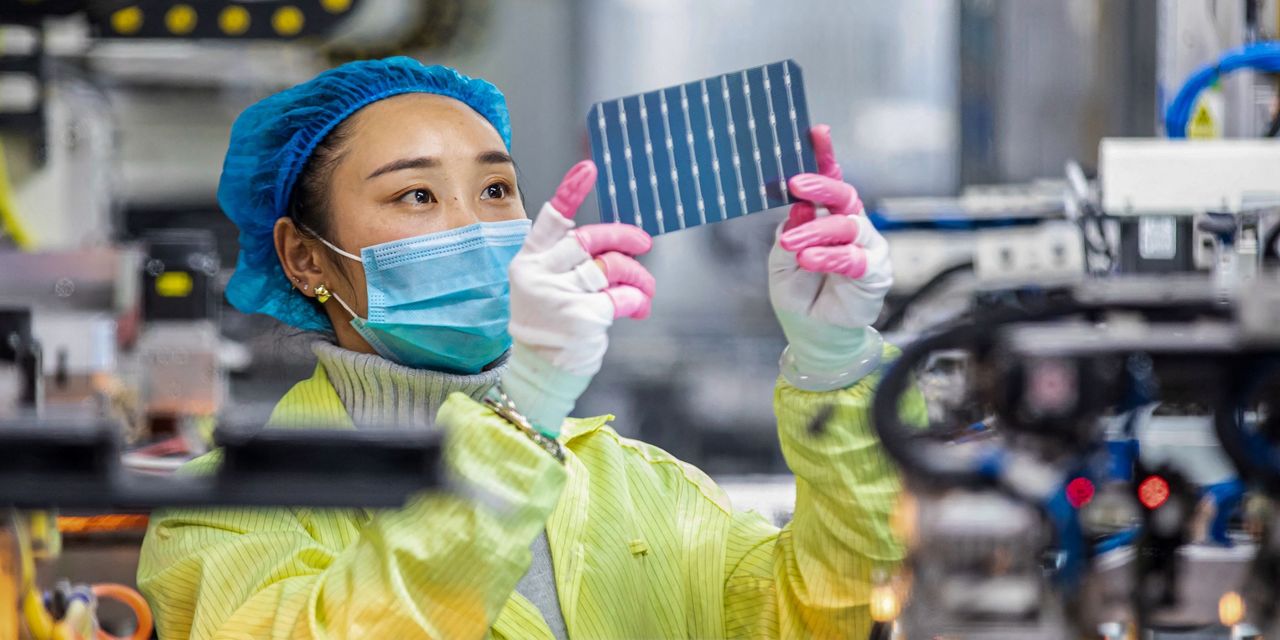 The Biden administration lobbies for renewable energy funding programs that nominally support the U.S. solar industry. However, I sit on the boards of four solar energy companies that are being harmed badly by existing U.S. tariffs and threats of new ones. Two of those companies are suffering through serious financial problems, and three are refocusing on Europe, Asia and Australia, where the solar markets are growing rapidly and suffer less from government interference.

How did the U.S., where silicon solar panels were invented, get to this point? In 2001 Silicon Valley’s

created a compelling vision of the solar future by developing the cells covering the wings of NASA’s Helios solar-powered airplane with a 247-foot wingspan. Yet, SunPower almost went bankrupt that year in the dotcom crash. The problem was—and remains—manufacturing cost. According to SunPower founder,

My company, Cypress Semiconductor, was expert in cost reduction. We invested heavily in SunPower, convinced its management to shut down an old Silicon Valley wafer-fabrication plant and sent its R&D team to a “Moore’s Law Boot Camp” at our plant in Texas. After SunPower’s engineers spent months creating blueprints for the automated plant and equipment to achieve competitive cost, they turned down my offer to give them our wafer-fabrication plant because it wasn’t economically viable, even at zero cost.

To win, SunPower had to do exactly what U.S. chip companies had to do with their cost-sensitive chip assembly factories in the 1970s—first automate them, and then put them in low-cost countries. SunPower’s new plant was built in the Philippines. The Chinese solar industry followed suit and created multiple generations of automated solar-cell lines that eventually drove the price of utility-grade solar panels down to a record-low 27 cents per watt by 2020. As a result, 5 of the 6 U.S. solar wafer manufacturing plants operating in 2009 shut down by 2013, according to Clean Energy Associates. These shutdowns led to a punitive 2012 tariff levied by the U.S. Commerce Department.

Those manufacturing jobs—government subsidized or not—will never come back to the U.S. And we shouldn’t invest to bring them back either, because they can pay workers only about $2 an hour to remain viable, even when they are automated.

Today, the Chinese solar industry stretches from high-purity sand mines in Mongolia to the mega-factories that produced 30 billion silicon solar cells for $1.05 each in 2021. By contrast, in my “free” silicon plant in Texas, it cost $10 just to deposit a single layer of metal on a wafer. China also built massive glass and aluminum plants to produce the window-sized, antireflective tempered glass panels and aluminum frames. One of my companies wants to build a U.S.-based panel-lamination plant for logistics reasons, but the government hampers that effort by subjecting the importation of glass and aluminum frames to another 2018-vintage tariff.

Silicon Valley prospers because it invents and then moves on quickly from yesterday’s technologies, such as the assembly of personal computers and cellphones. My next-generation solar technology companies are

Clean Energy Associates reports that for every $0.35 per watt the American consumer paid in 2021 for Chinese solar panels, the U.S. solar industry collected another $2.30 per watt to mount them on houses, convert their erratic DC current to grid-legal AC current, and hook them up via the “internet of things” to the sophisticated Network Operation Centers that monitor the performance of millions of American solar systems.

So, what is the Commerce Department doing to preserve America’s hard-won, disproportionately large share of the American residential solar market? In 2021 it opened a new investigation to determine if the Chinese are circumventing the 2012 tariffs, again with threats of draconian, retroactive tariffs that will disproportionately harm the U.S. solar industry and threaten 100,000 of the 230,000 American jobs, according to a Solar Energy Industry Association survey. The threatened jobs are mostly those of local installers spread out all over the U.S. As

said, “The nine most terrifying words in the English language are ‘I’m from the government, and I’m here to help.’ ”

Last year some members of the American solar industry alleged harm by the Chinese module industry and anonymously petitioned Commerce for added tariffs on Chinese solar cells and panels. That’s right, they wanted the government to trash their competitors without having to disclose their names. When that gambit failed, a new petition was submitted this year by Auxin Solar, a tiny San Jose, Calif., company that laminates solar panels, but doesn’t even make solar cells.

Even if the Auxin tariff petition fails, as I believe it should, the mere threat of new retroactive 50% to 250% tariffs has already caused several of the Chinese giants—Longi, Trina and Jinko—to stop shipping to the U.S. market, shutting down or delaying 83% of U.S. utility solar deployments being worked on by Austin’s FTC Solar, according to CEO

We expect no relief for the rest of the year given the Commerce Department’s yearlong decision-making promise. Meantime, the Chinese solar panel companies still shipping to American residential markets have raised their prices in the last year over 70%, from $0.35 to $0.60 per watt, forcing U.S. consumers in effect to prepay the threatened new tariff.

Our politicians disingenuously campaign for conversion to solar energy, but their propensity for top-down economic controls is forcing American homeowners to pay $2.65 per watt on average to install a residential solar system today, according to Clean Energy Associates. The equivalent fully installed residential solar costs are $1.50 in Europe, $1.25 in Australia and $1 in India—because these places practice, and get the benefits of, free-market capitalism in their solar markets.

By the way, the federal government pays a tax credit of 26% of the price of a new solar systems installed by U.S. residential customers. A pro rata portion of that subsidy goes, via higher prices, to the very Chinese panel makers on whom Washington places tariffs.

Mr. Rodgers was founding CEO of Cypress Semiconductor Corp and chairman of SunPower Corp. at its IPO.