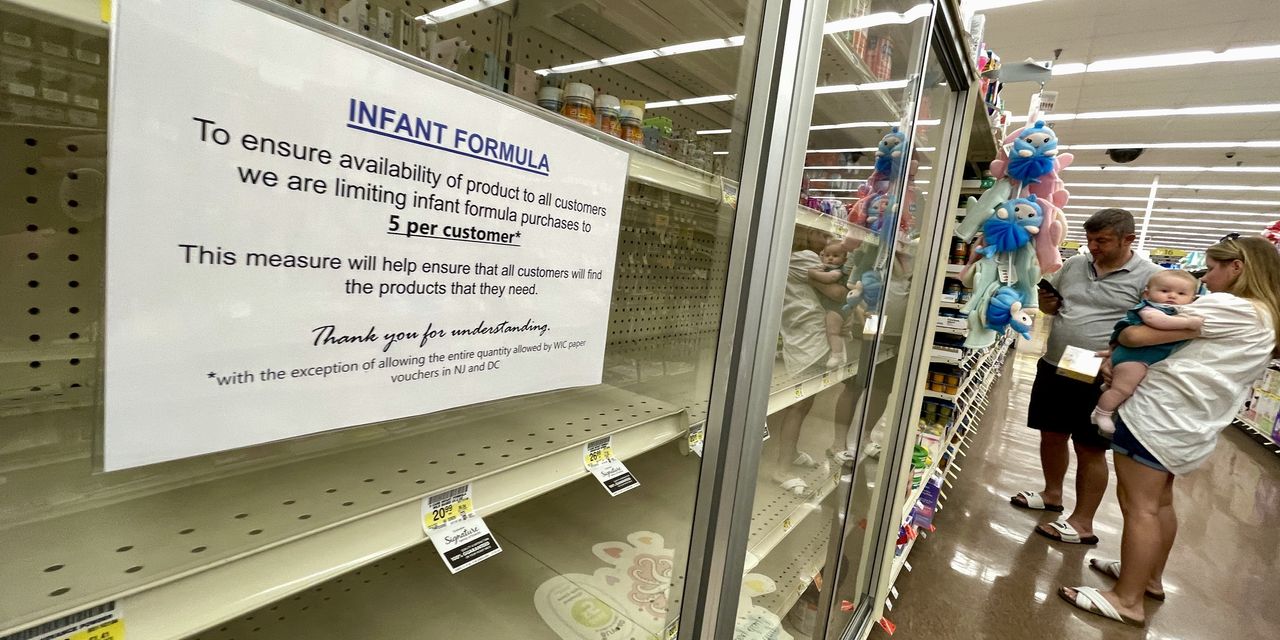 A reporter recently pressed President Biden on his administration’s response to the infant formula crisis: “Some of the steps that you and your administration are taking now, including loosening these import requirements next week, should you have taken those steps sooner, before parents got to these shelves and couldn’t find formula?” The president’s reply: “If we’d been better mind readers, I guess we could have, but we moved as quickly as the problem became apparent to us.”

Anyone who heard this exchange probably wasn’t persuaded by Mr. Biden’s answer. In a recent CBS News survey, only 35% of Americans said that the president responds to important issues and events promptly, compared with 65% who felt that he is “slow to react.” Responding to problems before they become crises communicates a leader’s competence and control of his administration, while getting ahead of events—as Mr. Biden has done with Ukraine—is a key test of leadership, and source of public trust in government.

In a modern society, citizens can’t possibly be aware of—let alone monitor—all the complex processes that affect their lives, so we ask government to do this on our behalf. We grant government a substantial measure of discretionary authority, and in return we expect officials to scan the horizon for potentially harmful developments. We cannot expect them to divine an imponderable future, but we do expect them to understand the reasonably foreseeable consequences of events—and of their response to them.

This brings us, first, to the Food and Drug Administration. On Oct. 21, 2021, the FDA received a report from a whistleblower who raised serious concerns about conditions at an Abbott Laboratory plant that produces infant formula. It took the agency about two months to interview the whistleblower, another month to inspect the plant, and more than two additional weeks until Abbott issued a recall notice and shut the plant. Members of Congress from both parties are raising tough questions about this dilatory pace.

The consequences of the plant shutdown were foreseeable. The infant formula market is highly concentrated, with two firms accounting for more than 80% of all domestic production. Abbott is the single largest producer, and the plant that shut down accounts for about 20% of the total. Common sense suggests that when you abruptly remove a fifth of supply from the market, shortages are inevitable.

Compounding the problem, foreign firms couldn’t fill the gap. Regulatory barriers and steep tariffs ensure that 98% of all infant formula consumed in the U.S. is produced in the U.S., which is good news for American producers but not for American consumers. I’m not the only one wondering why we have tariffs as high as 17.5% on formula produced in the European Union, or why our regulations exclude imports from countries whose food safety standards are at least as strict as our own.

Three months ago, most Americans were unaware of these facts about the infant formula industry, but it stretches credulity to believe that the White House wasn’t. When the Abbott plant shut down, alarm bells should have gone off at 1600 Pennsylvania Avenue, and planning should have begun to avert the inevitable shortages. Judging by the scramble of the past 10 days, whatever plans there were didn’t get very far.

If regulatory roadblocks had been softened in a timely manner, for example, the U.S. could have imported enough infant formula to mitigate the impact of the plant closing. Instead, the president has had to use the military to conduct an emergency airlift from overseas. If formula from the EU is safe for U.S. consumers today, it was safe three months ago—and probably three years ago.

I hope Mr. Biden reflects on this episode and makes the changes needed in the White House (and elsewhere) to ensure that it doesn’t recur.

This is also an opportunity to make other changes, starting with tariffs and regulations and extending to some unnecessary rigidities in the Women, Infants, and Children programs, which help cover the cost of formula for those who can’t afford it. The government should find a better balance between efficiency in normal operations and resilience in times of stress. More broadly, it is time to reconsider a longstanding proposal—backed by everyone from the Government Accountability Office to the Trump administration—to break up the FDA into two agencies, one dealing exclusively with food safety, the other with drugs. Numerous GAO reports have shown that the U.S. food safety system is fragmented across different departments and agencies with overlapping responsibilities and that a single food safety agency would improve effectiveness and efficiency of food safety regulation. The odds are that such an agency would have responded to the infant formula crisis more alertly than did the FDA.

Even if these reforms were already in place, meeting this crisis would have required an all-of-government effort that only the White House can direct—and at least one senior staffer with good enough political antennae to warn the president that something was about to blow up in his face.