Prices on almost everything at the grocery store are up – except rotisserie chicken. Here’s why 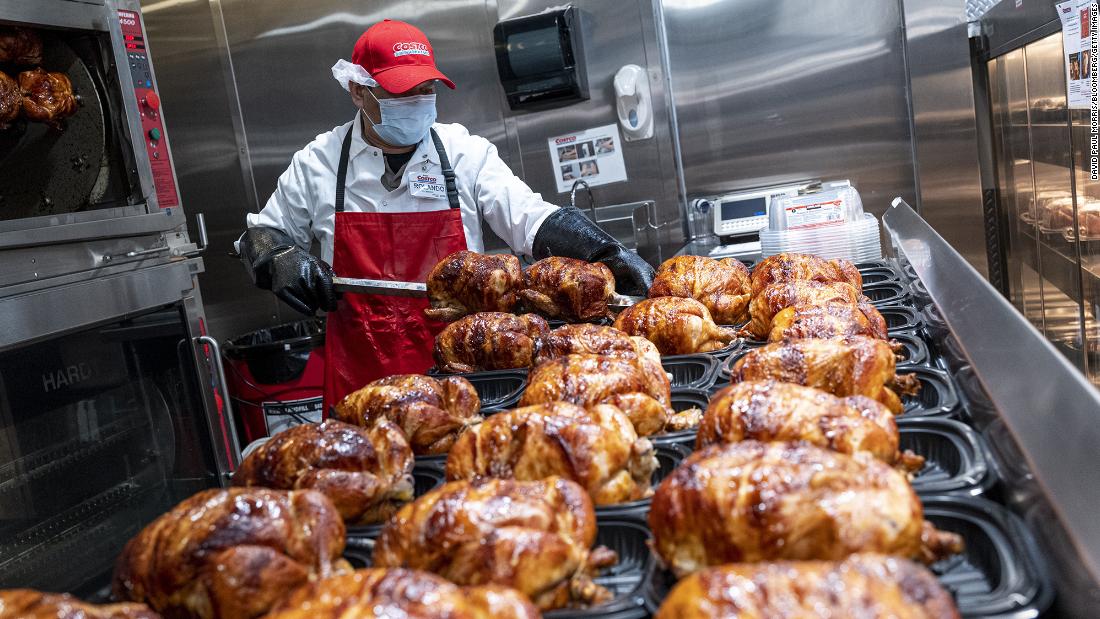 Despite a 16.4% annual increase in chicken prices rotisserie chickens remain $4.99 at Costco (COST) and BJ’s Wholesale Club (BJ). At Sam’s Club they cost a penny less than that. Meijer still sells its rotisserie chicken for $5.99, while Giant Eagle has kept it at $6.99 and Publix at $7.39.

There’s a strategy behind these stores’ decision to keep rotisserie chicken prices steady — and it signals a lot about how grocers are trying to manage inflation while still holding onto their shoppers.

The rotisserie chicken is a prized item for supermarkets because it pulls customers into stores. Typically, customers will shop around and buy more than just a chicken for dinner when they visit.

Companies want to stay competitive on rotisserie chicken prices and are willing to lose money selling them even as production costs rise. It’s called a “loss leader” for a reason: stores can can raise prices on other goods to make up for these losses.

“Once [customers] are in the store, they can fill out the rest of their basket, which the store might make a higher margin on,” said Ernest Baskin, an associate professor in the department of food marketing at Saint Joseph’s University.

BJ’s CEO Bob Eddy highlighted the importance of this strategy last week: “We have continued to invest in our value proposition. A good example is our signature rotisserie chicken,” he said during an earnings call, later adding that although BJ’s production costs for rotisserie chickens have surged, the company has held prices firm because it’s “such a meaningful thing to our members.”

At Giant Eagle, too, “our rotisserie chicken is a very popular center of the plate item,” said spokesman Dan Donovan. “We believe it’s important to maintain a strong overall value for this item.”

Perhaps no chain is linked more closely to its rotisserie chickens than Costco, which has priced them at $4.99 for more than a decade — and sold 106 million of them last year. Costco places the chickens at the back of the store, hoping that customers will pick up items on impulse as they pass pallets of merchandise on their way toward the rotisseries.

Keeping rotisserie chicken at $4.99 is such an important strategy for Costco that it built a $450 million poultry processing plant in Nebraska to supply its own birds to stores. The plant, which opened in 2019, processes more than 100 million chickens a year.