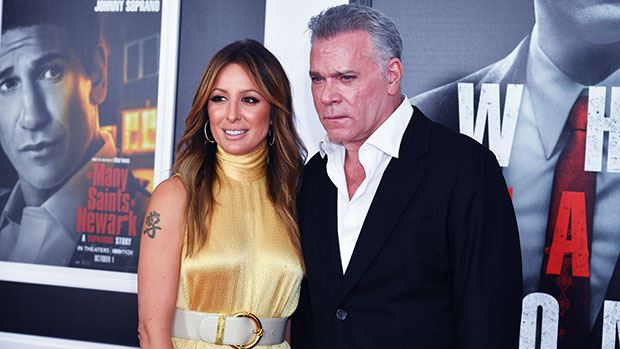 The entertainment world found itself in mourning on Thursday (May 26) after the news of Ray Liotta’s passing. The actor — best known for his roles in Goodfellas, Field of Dreams, Hannibal, and Shades of Blue – reportedly passed away in his sleep while in the Dominican Republic, according to Deadline. The 67-year-old actor was on the Island to film Dangerous Waters. Initial details about his death were not known, except that his passing left a giant hole in the hearts of many.

While many knew Ray as an imposing figure, often associated with the mafia/crime genre of films, two women knew Ray as a vulnerable and emotional partner. Ray was once married to Michelle Grace and then engaged to Jacy Nittolo at the time of his death. As everyone mourns this titan of the silver and small screen, here’s what you need to know about his wife and fiancée.

Michelle Grace was born on Dec. 4, 1968, in Chicago, Illinois, according to an IMDb profile attributed to her. She’s listed as a producer and an actress. Her producer credits include 2006’s Take The Lead, 2005’s Knights of the South Bronx, and 2002’s Narc. As an actress, she appeared in 1998’s The Rat Pack, a TV movie that featured Ray Liotta playing Frank Sinatra (with Joe Mantegna as Dean Martin and Don Cheadle playing Sammy Davis, Jr.)

Ray and Michelle first crossed paths when she was married to another man. Before she began her love with Ray, Michelle was the wife of Chicago Cubs’ first baseman Mark Grace. “She was married; and we didn’t cheat,” Liotta told The Mercury News in 2003. “But after she and Mark split up, she was looking for an acting coach. She was asked to do a rap video, and she called me up one day and said, ‘Should I do this video?’ And I said, ‘No, you should probably have dinner with me.’ And we’ve been together ever since.”

Michelle and Ray married in 1997. The following year, they welcomed a daughter, Karsen Liotta, an actress who recently appeared in 2020’s Hubie Halloween. “My whole life is about her. Being a dad. She’ll come up and visit me on set,” Ray told The Guardian in 2007. “I don’t like to go too long without seeing her. Maybe a couple of weeks. I just had a period of four months at home because I decided not to do a movie so I could spend more time with her. It was all about taking her to dance classes, playing with her.”

Ray and Michelle’s marriage ultimately fell apart, and the couple divorced in 2004.  “I had a relationship after I got divorced and it didn’t feel as equal as I would have liked,” Ray said to The Guardian. “I was more vulnerable based on the experience I’d just been through.”

“Everybody brings the dynamics of the previous relationships they were in. It’s been a few years now … Dating, I haven’t really gotten into that at all. I’ve only had one or two dates in the past couple of years. It’s either going to happen, or not. I’m hoping that it is,” he added.

Despite the split, Ray and his ex-wife stayed on good terms. The couple worked together on Take The Lead, and throughout the years, they were frequently spotted hanging out together in Beverly Hills.  “She’s a great woman,” Ray said of his ex-wife, “and thank God we’re still friends. She still stays over at the house, so Karsen can see us together. You want to give her as much semblance of a family unit as you can when you’re separated or divorced.”

As for why his marriage failed, Jay kept it blunt. “It just didn’t work out,” told The Guardian. “I would love to be in a relationship with the right person. That’s the key – the right person.”

At the time of Ray’s death, he was engaged to Jacy Nittolo. Unlike her famous fiancé, Jacy worked and lived outside of the spotlight. She is a mother of four children, who she lists as Dax, Chazz, Jade, and Joey in her Instagram bio. She also listed Karsen, suggesting she and her spiritual step-daughter had a loving relationship.

It’s unclear when Ray and Jacy began dating. However, in December 2020, Ray announced that he got the best present for Christmas. “I asked the love of my life to marry me, and thank God she said yes!!!” he captioned a photo of the two of them standing together in front of the Christmas tree.

When speaking with The Guardian in 2007, Ray reflected on the type of woman he might end up with following his divorce. “Probably someone who is not as career-orientated, who is more about the relationship,” he said. “I talk to my friends and, you know, they all seem to get relationships that aren’t right. You kind of want someone who is not at your beck and call but loves the idea of being in a relationship and what that entails. Being there for you.”