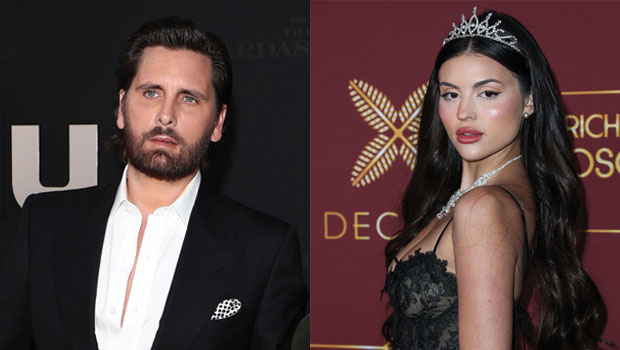 Scott Disick took to Holly Scarfone‘s Instagram on May 24 to comment on her “talents” with some eye-opening comments. The model and influencer, 23, posted a series of pics wearing a sleek white bodysuit with a zip front with the caption “oh lord she’s @talentless,” for her roughly 704k followers. Scott, 38, reacted to the photos publicly, writing, “I can think of a few talents you have right off the top of my head, no pun intended.”

It’s not the first time things between Scott and Holly have raised eyebrows, as dating rumors have followed them for months after they were seen cozying up at a nightclub in Paris, France in March. They were later seen partying back in Hollywood. The time with Holly was reportedly meant to soften the blow of ex Kourtney Kardashian’s deepening relationship with Travis Barker, to whom she is now married.

“Scott doesn’t know what he wants right now,” a source told HollywoodLife EXCLUSIVELY in March. There is a connection with Holly, and she is quite easy to be around, but Scott likes being around any woman right now that can help him take his mind of Kourtney and Travis,” the source told us. “The same thing goes for anyone else Scott is seen on dates with, including Pia Mia.”

According to another source for HollywoodLife, “Scott isn’t looking to settle down right now. After his past letdowns, Scott feels like it would have to take someone incredibly special to make him want to commit to a romantic relationship,” especially after his split from 20-year-old Amelia Hamlin in September of 2021.

Following the marriage of Kourtney, with whom he has three children, Scott seems to be dealing with a few things on his own. The reality star was seen partying at a strip club in New York City just a day after Kourt’s Italian nuptials. He was also photographed spending some time at undisclosed beach amid the actual ceremony.