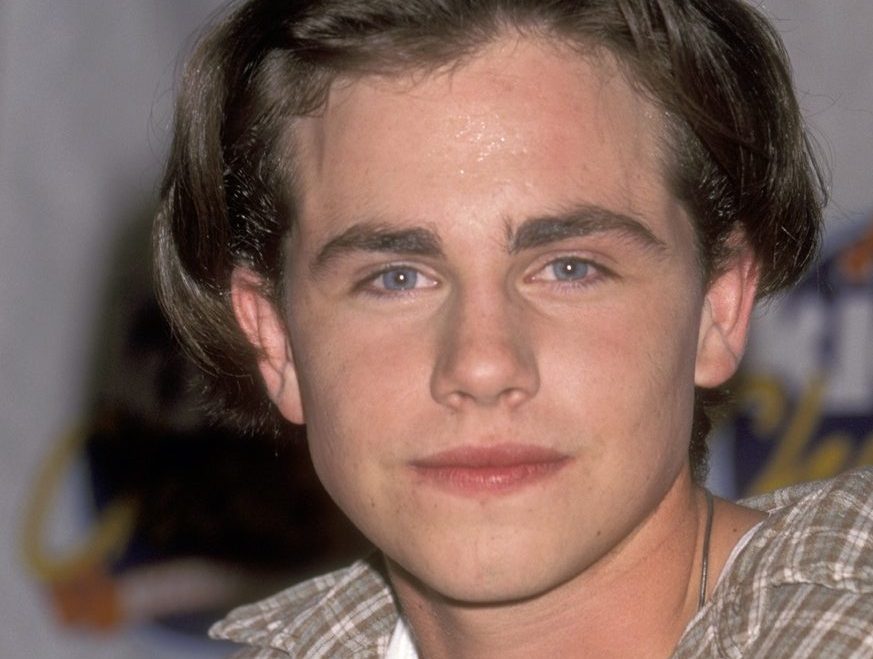 Rider Strong made Boy Meets World fans swoon playing Shawn Hunter, the goofy, troubled, and charming best friend of Ben Savage’s character, Cory. The series remains a ’90s favorite, and when it got a sequel series, Girl Meets World, Strong reprised his role. In an op-ed for The Los Angeles Times, Strong talked about attending a fan convention and how it helped him understand why people still flock to Boy Meets World reruns in 2022. He wrote, “I’d love to say shows such as mine, and other ’90s staples from music to fashion, endure or find new popularity because of their intrinsic artistry. But I think there’s a simpler explanation. The word I heard over and over again at the convention was ‘comfort,’ as in ‘comfort TV’ and ‘comfort songs.’ The ’90s are the ‘comfort decade’ that people need right now, whether they lived through it the first time or not.”

Read on to find out what Strong has been up to since becoming one of the most beloved teen stars of that comfort decade.

“There was definitely a period where I thought I was way cooler than Boy Meets World,” Strong told Vice in 2019. “I thought I could be doing a lot better, so the writers just threw whatever drama they could at me. It ended up making the show this crazy, schizophrenic vibe. You’re watching these goofy Eric Matthews B-plots, and then it cuts to me, and, like, my dad’s dying and I’m bawling. It’s so intense, but I think that’s one of the reasons why the show has endured the way it has.”

Though the show has maintained and grown its fanbase, Strong wasn’t initially keen on playing Shawn again in Girl Meets World, which premiered in 2014, because he thought it would mean being typecast forever. “I knew that playing Shawn again was going to be the final nail in the coffin of ever doing anything else as an actor,” he told Vice. “So I did a trade.”

Strong struck a deal with producers that he would recur on the show as Shawn if he and his brother, Shiloh Strong, would be able to direct some episodes. he said. By the time Girl Meets World went off the air in 2017, the show’s former star had directed 18 episodes.

After Boy Meets World ended, Strong attended Columbia University in New York City and graduated with a degree in English literature, something he remains passionate about. You can listen to the star’s literary opinions on Literary Disco, a podcast he co-hosts. Episodes involve Strong and his fellow hosts discussing new novels and old classics alike, as well as playing lots of bookish games.

Strong appeared in a few movies after Boy Meets World, most notably Cabin Fever and Borderland, but his true passion lies behind the scenes. He said in a 2010 interview with Pure Movies, “​​Acting is always there, and I enjoy it but it’s kind of got a little unfulfilling lately. You know, I’m in the low budget horror world… I have a whole lot of other stuff I want to do.”

Since that interview, he’s branched out into other aspects of the entertainment industry. Strong has directed music videos. With his brother, he wrote and directed his first short film, 2008’s Irish Twins, which won some festival awards, and has gone on to make a few more. Strong also wrote a play, Never Ever Land, which is loosely based on the sexual assault allegations against Michael Jackson. In addition to taking on small film and TV roles here and there over the years, Strong also voices audiobooks, including the Red Hot Chili Peppers frontman Anthony Keidis’ memoir, Scar Tissue.

Strong also stars busy with fatherhood and family life. He married fellow actor Alexandra Barreto (pictured above), who he met on the set of the show Pepper Dennis, in 2013, and the couple have a son, Indigo, who was born in 2014. Strong has said that his son already has a proclivity for performing, which worries him and his wife.ae0fcc31ae342fd3a1346ebb1f342fcb

“We’re kind of screwed,” he told Vice. “I don’t know what to do. I have a very, very big fear of being a stage parent. Our rule is, we do not put him in acting classes until he tells us he wants to do it. But he tells great jokes, and he’s a cute kid, if I may say so.”