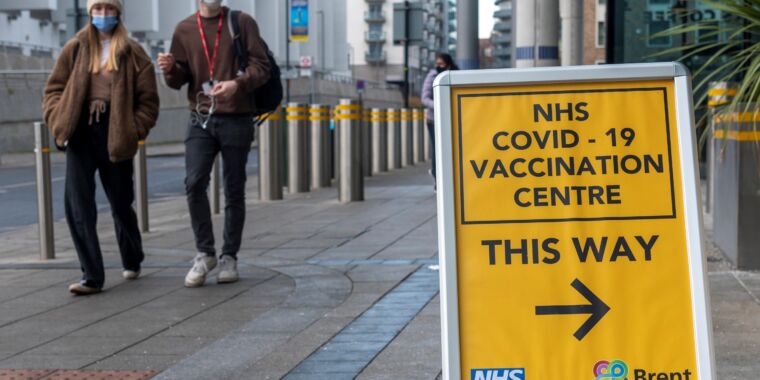 Despite early suggestions that the omicron coronavirus subvariant BA.1 would be mild, a massive wave of infections in January caused spikes in hospitalizations and more excess deaths than earlier variants. And subsequent omicron subvariants don’t appear to be easing up.

In fact, BA.2 wasn’t just worse than BA.1; it was bad overall. The study authors analyzed symptom reports linked to infections of the ancestral coronavirus strain and variants alpha, delta, omicron BA.1, and omicron BA.2. The authors found that BA.2 infections were the most likely to cause symptoms compared with all the other variants. And the finding held up when the authors adjusted for time since a booster dose in people who were triple vaccinated, suggesting that waning vaccine protection could not explain the increase in symptom reporting.

The findings are “contrary to the perception that recent variants have become successively milder,” according to the study authors, led by epidemiologist Paul Elliott of Imperial College London.

The data comes from a large community-based study called REal-time Assessment of Community Transmission -1 (REACT-1). The study sent out questionnaires and swabs randomly to people in the UK National Health Service patient register every four to six weeks from June 2020 to March 2022. Each round yielded between 95,000 and 175,000 viable swabs, from which researchers could test for SARS-CoV-2 and use sequencing to distinguish between BA.1 and BA.2. (The other variants were determined based on the timing of dominance.) The questionnaire, meanwhile, asked people about 26 potential COVID-19 symptoms.

The proportion of people reporting at least one of the 26 COVID-19 symptoms was highest for BA.2, at roughly 76 percent. That’s in comparison to 70 percent for BA.1, 64 percent for delta, 55 percent for alpha, and 45 percent for the ancestral strain.

In a subgroup analysis of 4,800 people who were triple-vaccinated and infected with an omicron variant, the authors found that people with BA.2 were 64 percent more likely than BA.1-infected people to say their symptoms affected their ability to carry out day-to-day activities “a lot.” This analysis adjusted for time since the third dose as well as other factors, such as age.

Overall, key symptoms of an infection with the ancestral strain, alpha, and delta tended to be loss or change of taste and smell, but these symptoms were less associated with omicron infections. Instead, BA.1 and BA.2 symptoms were more likely to include cold- and flu-like symptoms. Specifically, BA.2 was linked with chest pain, severe fatigue, runny nose, muscle aches, sneezing, fever, chills, tiredness, blocked nose, and headache.