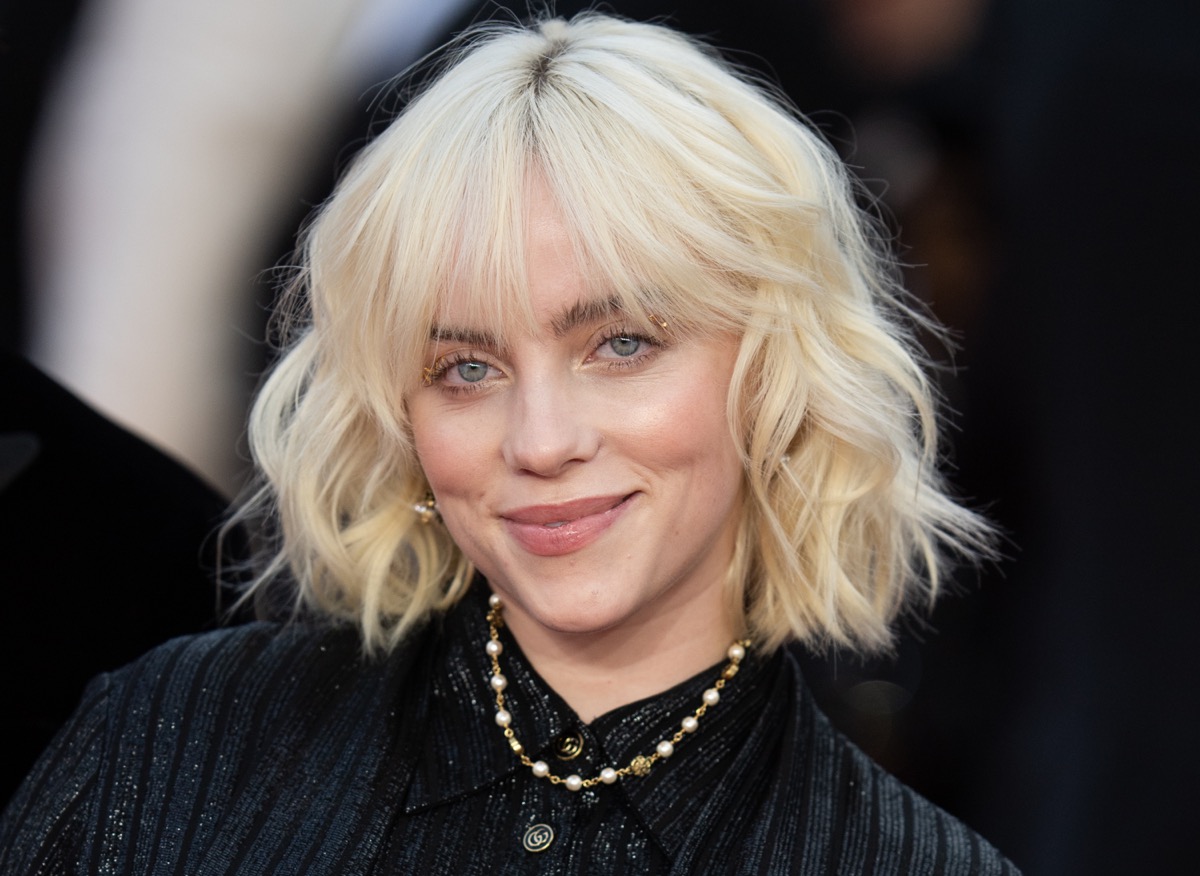 Constantly in the public eye, celebrities are known for being masters of their own image. But for stars living with Tourette syndrome, a condition of the nervous system that causes people to make involuntary movements or sounds known as “tics,” that sense of control poses a true challenge. “Having tics is a little bit like having hiccups. Even though you might not want to hiccup, your body does it anyway,” the Centers for Disease Control (CDC) says of the condition—which is not as rare as you might think. According to a 2001 study published in journal Neurology, three percent of the population has Tourette’s, a number that’s “about 50 to 75 times higher than typical estimates.”

Read on to find out how four stars have learned to live and thrive with Tourette syndrome, and what they wish people knew about their condition.

READ THIS NEXT: This Was Bruce Willis’ First Sign of Aphasia, Coworkers Say.

Grammy award-winning singer and songwriter Billie Eilish opened up about having Tourette syndrome during a recent interview for the Netflix series My Next Guest Needs No Introduction with David Letterman. The singer explained that she regularly experiences a range of tics, from wiggling her ears and raising her eyebrows to flexing her arm muscles. “These are things you would never notice if you’re just having a conversation with me, but for me, they’re very exhausting,” she told Letterman.

The star first shared her diagnosis publicly in 2019, but says she’s always been open about it in her private life. “It’s something I’ve lived with my whole life and everybody knows… everybody in my family, all my friends, all the people that are closest to me know I have it, and it’s not anything different. I just never said anything because I didn’t want that to define who I was,” she shared on Ellen.

In breaking her silence on the topic, Eilish says she’s connected with fellow celebrities and fans who also have the condition. “What’s funny is so many people have it that you would never know,” she told Letterman, noting that “a couple of artists have it,” but that she didn’t want to “out them.” Speaking on Ellen, she added: “I’ve also learned that a lot of my fans have it, which made me feel kind of more at home with saying it.”

READ THIS NEXT: Jane Fonda Says This Habit Caused Her to Develop “A Lot of Cancer”.

In 2021, Seth Rogen spoke with The New York Times about his childhood struggles with ADD, and shared that he also has a a “mild case” of Tourette’s, a condition shared by several of his family members. “I knew when he was four that he would not be able to sit in school,” his mother, Sandy Rogen said, explaining that his doctor recommended a special diet to soothe his symptoms. “We took him off dairy, wheat, sugar, yeast—everything good,” she recalled.

However, it wasn’t until “the miracle of marijuana changed his life” that Rogan finally found relief, his family says. “We had him on a strict diet that helped keep him in balance, but it wasn’t 100 percent. Marijuana finally made his cells relax,” said the star’s father, Mark Rogen.

In 2013, actor and comedian Dan Aykroyd opened up about being diagnosed with Asperger’s and Tourette syndrome in an interview with Daily Mail.

The Ghostbusters star explained that he was diagnosed with Tourette’s at age 12. Then in the ’80s, at the height of his career, he learned he had Asperger syndrome as well. Regarding his childhood diagnosis, the Saturday Night Live performer explained: “I had physical tics, nervousness and made grunting noises and it affected how outgoing I was. I had therapy which really worked, and by 14 my symptoms eased.”

For more health news sent directly to your inbox, sign up for our daily newsletter. ae0fcc31ae342fd3a1346ebb1f342fcb

Dash Mihok may be best known for his role on the HBO drama Ray Donovan, but the actor has also appeared in the films Romeo + Juliet, The Thin Red Line, and Silver Linings Playbook. Based on his masterful control onscreen, you’d never guess the star has Tourette syndrome and contends with a range of physical and vocal tics.

A national ambassador for the Tourette Association of America, Mihok shared his experience as an actor with Tourette syndrome in 2014. “There’s no pity party here—it made me who I am today—and I’m happy to educate anybody who wants to know because it’s a very misunderstood syndrome,” the actor said on Larry King Now, adding that “a little education breeds acceptance, and I think we could all use a little bit of that.”

Mihok describes his tics as “the greatest itch you’ve ever had, times 5,000” and says that while he works hard to control them in professional settings, he is comfortable with them off-screen. The actor hopes his own success will encourage others with Tourette syndrome to pursue their dreams. “When I’m acting I never tic when they say ‘action’ to ‘cut.’ And I’ve met a lot of kids who have Tourette’s who say they want to act but they’re afraid about, you know, what are they going to do in front of somebody… When you’re putting your passion and your heart and your mind to something, and using your body with it, a lot of the time you don’t tic,” he explained.

READ THIS NEXT: The “Crazy” Way Mark Ruffalo Discovered He Had a Brain Tumor.