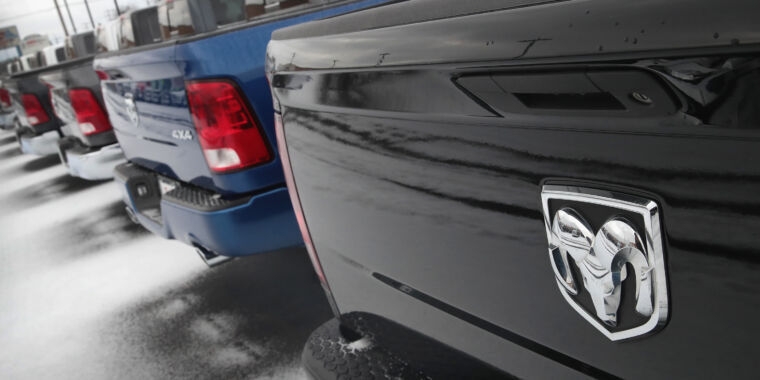 Stellantis, the multinational automaker that includes Fiat and Jeep among its many brands, will be the latest automaker to settle a diesel emissions lawsuit with the US government. Reuters reports that the company that was Fiat Chrysler Automobiles (FCA) will plead guilty to emissions fraud and will pay about $300 million in fines.

During the 2000s, automakers around the world looked at diesel engines as the solution to climate change. On one hand, that made sense, as diesel engines are more efficient, and diesel-powered cars and SUVs went much further on a gallon of fuel than their gasoline-powered siblings.

But CO2 emissions aren’t the only pollutant to be emitted by a car’s engine, and burning diesel fuel also results in the production of particulates and nitrogen and sulfur oxides, all of which are rather deleterious to one’s lungs.

Rather than admit this, it was widespread industry practice to design vehicles that could pass the US Environmental Protection Agency’s emissions tests but which would in practice emit far more of these pollutants in daily use. The most high-profile of these frauds was committed by Volkswagen Group, which has had to pay more than $16 billion in fines and compensation, including setting up the Electrify America charging network.

But VW was far from alone. News of FCA’s diesel cheat first broke in 2017, when the US Department of Justice sued the company over 103,828 diesel-powered Ram 1500s and Jeep Grand Cherokees built between model years 2014 and 2016. The government alleged that, with the help of Bosch, FCA customized the engine control software of these vehicles to defeat emissions tests.

For example, one program turned off the Exhaust Gas Recirculation (EGR) system once a vehicle was at highway speed. Another reduced the effectiveness of the EGR system in proportion to vehicle speed. A third disabled the Selective Catalytic Reduction (SCR) system (which sprays urea into the exhaust to break down harmful nitrogen oxides), and a fourth delayed the SCR system from refilling itself.

In 2019, FCA announced a civil settlement with the EPA, the California Air Resources Board, and US Customs and Border Patrol. As part of the $350 million settlement, FCA had to upgrade the software on affected vehicles to bring them into compliance and pay into a fund meant to pay for damages caused by excess nitrogen oxide emissions.

Now we can add another $300 million to the cost of FCA’s emissions evasion as the company settles the criminal charges. The full plea deal is expected to be made public next week.