‘Stranger Things’ Cast Hints At Shocking Deaths In Season 5: ‘One Of Us Will Die’ 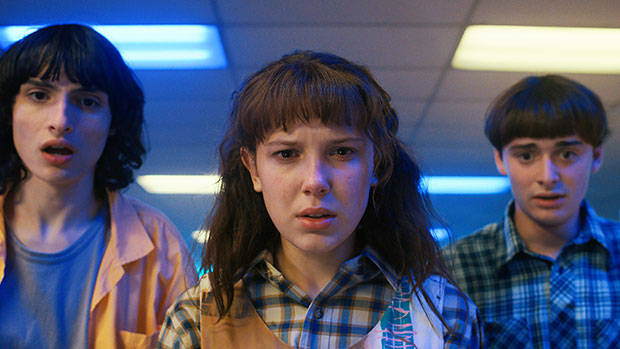 Stranger Things has had its fair share of character deaths (i.e. Barb and Billy), but the Netflix series has never dared to kill off one of the Stranger Things kids or the older teens. However, that could change in the show’s fifth and final season.

“We’re all afraid of one of us dying,” Millie Bobby Brown told The Wrap. Noah Schnapp responded, “Well, one of us will die.” The reporter asked if Noah really thought Stranger Things would kill off one of the kids. “Yeah, 100 percent. And more. They need to kill off some people. It’s so big.”

Millie agreed and said the cast couldn’t even take a full group photo at the season 4 premiere because of how big the cast had gotten. “I was like, you need to start killing people off,” Millie continued. She later said, “The Duffer Brothers are sensitive sallies who don’t want to kill anybody off. We need to have the mindset of Game of Thrones. Kill me off! They tried killing David [Harbour] off and they brought him back!”

Season 3 ended with what looked like the death of Hopper. However, Netflix didn’t waste too much time revealing that Hopper was actually alive and being held captive in Russia. While Hopper’s death was a ruse, Billy’s death was not. Billy sacrificed himself to the Mindflayer to save Eleven. Max is still grappling with her brother’s death in season 4.

The Duffer Brothers announced in February 2022 that season 5 would be the show’s last. Matt and Ross Duffer noted that season 4 would be “bigger than ever,” but it was also “the beginning of the end.” Part of their letter read, “Seven years ago, we planned out the complete story arc for Stranger Things. At the time, we predicted the story would last four to five seasons. It proved too large to tell in four, but — as you’ll soon see for yourselves — we are not hurtling toward our finale. Season 4 will be the penultimate season; season 5 will be the last.”

Stranger Things season 4 will be split into two parts: Volume 1 and Volume 2. The first Volume 1 will consist of 7 episodes and premiere on May 27. Volume 2 will be just two episodes and will drop on July 1.