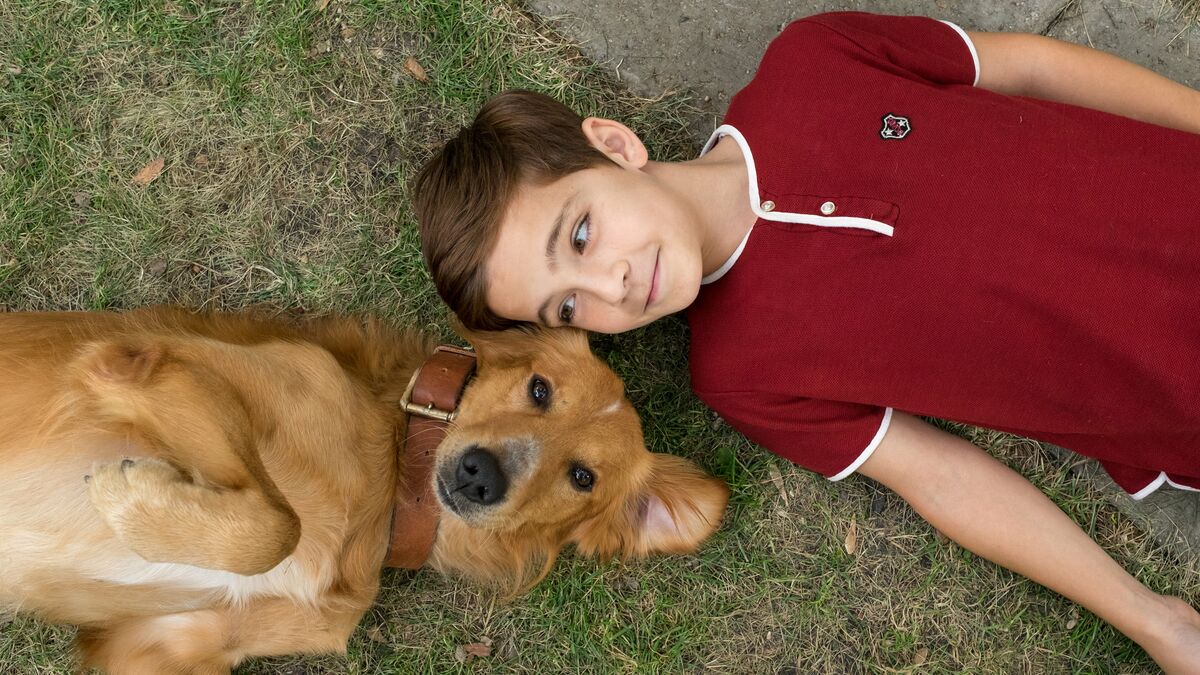 Anyone who’s both an animal lover and a movie buff knows that there’s plenty of reason to be wary when a film revolves around a dog. Because if it does, the chances are high—even if the movie has a happy ending—that it’ll leave you a weepy mess. There’s just something about seeing humanity’s best friend on screen that tugs on the heartstrings, whether you’re watching a story that highlights their bravery, their loyalty, or their unconditional love. Just about every dog movie there is—Cujo aside, perhaps—is emotional, but which are the biggest tearjerkers? U.K. pet-friendly rental company Canine Cottages did the research, combing through IMDB reviews of the 100 most popular dog films to determine which bummed the most viewers out. So, if you’re feeling like you need a good cry, you should most certainly read on to learn about the 10 saddest dog movies of all time.

READ THIS NEXT: The 10 Best Trips Every Movie Lover Has to Take in Their Lifetime.

Disney’s Homeward Bound: The Incredible Journey is actually a remake of a 1963 film, but 1980s and ’90s kids likely remember being traumatized by this version, which was released in 1993. Homeward Bound follows three pets—a bulldog named Chance (voiced by Michael J. Fox), a golden retriever named Shadow (voiced by Don Ameche), and a Himalayan cat named Sassy (voiced by Sally Field)—who think they’ve been abandoned and embark on an arduous trip to be reunited with their family. As you might assume, that journey involves the animals being in peril, but it’s the relationship between the elderly Shadow and his boy best friend Peter (Benj Thall) that really turns on the waterworks.

A film by Italian neorealist filmmaker Vittorio De Sica (The Bicycle Thief), 1952’s Umberto D. revolves around the title character (Carlo Battisti), an old man who’s fallen into poverty and has nothing to his name other than his faithful companion, Flike. “I’m not even a dog lover and this movie STILL got to me,” one IMDB reviewer wrote of the heart-wrenching classic.

My Dog Skip from 2000 is all the more affecting because it’s based on a real-life memoir of a boy and his best friend. In the movie (and the book), Willie (Frankie Muniz) gets a ninth birthday present that ends up enriching and shaping his life: a Jack Russell terrier named Skip. Fun fact—at different points in Skip’s life, he’s played by Moose, the dog who famously played Eddie on Frasier, and Moose’s son, Enzo, who inherited the sitcom role from his famous dad.

Red Dog (2011) is based on the true story of the titular kelpie, who became something of a Western Australian icon for traveling a considerable amount of that part of the continent and rolling with multiple owners throughout his life. (If you ever find yourself in the town of Dampier, you can visit a statue of the real Red Dog.) The movie was a commercial and critical hit in its home country and co-stars Josh Lucas and Rachael Taylor.

In 2006’s adventure flick Eight Below, a guide (Paul Walker) will stop at nothing, including deadly weather conditions, to rescue his sled dogs who were abandoned at an Antartica research base. Pretty harrowing stuff for a family movie brought to you by Disney.

If you’ve ever had to say goodbye to a canine companion, you know how painful it can be. A Dog’s Purpose, based on the novel of the same name and released in 2017, softens that blow that positing that dogs are reincarnated, and that you might someday meet a familiar soul in a new, furry body. The movie follows the same dog through several lifetimes, all leading up to a reunion that won’t leave a dry eye in the house.

For more movie trivia sent right to your inbox, sign up for our daily newsletter.

You know it. You probably don’t love it. It’s Old Yeller, one of the most upsetting movies ever marketed to kids. Based on the book, the 1956 movie is another boy-and-his-dog story, with Travis (Tommy Kirk) coming of age by fire when he’s forced to make a very adult decision about his old buddy.

The subtitle of John Grogan’s memoir, Marley & Me: Life and Love With the World’s Worst Dog, sets the scene for the 2008 feature film adaptation starring Jennifer Aniston and Owen Wilson. John and Jenny adopt a yellow lab who proves to be a bit of a problem child, to say the least, but they never abandon or give up on Marley. Their devotion to the adorably destructive dog is paid back over the years, which just goes to show that you don’t have to be well-behaved to deserve a little love.ae0fcc31ae342fd3a1346ebb1f342fcb

Fluke was far from a hit in 1995, and it has a paltry 25% on Rotten Tomatoes, but it comes in at No. 2 on Canine Cottage’s list of the saddest dog movies ever. The story follows a dog who comes to realize that he used to be a human businessman and then goes about attempting to reunite with his wife (!) and kid, not to mention avenge his own death at the hands of his partner. As it deals with some heavy stuff for a family-oriented dog movie, it’s no surprise that Fluke upset so many viewers.

We’ve reached the end of the line, the most depressing dog movie ever made. And the honor belongs to Hachi: A Dog’s Tale, a 2009 movie that’s loosely based on a real Akita named Hachikō who lived in Tokyo with his owner in the ’20s. In this present-day, American take, Hachi’s owner is Parker (Richard Gere), a music professor, and every day, the dog makes his own way to the nearby train station to welcome his human home from work. To say anything more about the plot would be to spoil it, but Hachi: A Dog’s Tale and the true story behind it are both testaments to the unmatched loyalty of the friends we don’t deserve.

READ THIS NEXT: The Worst James Bond Movie of All Time, Critics Say.