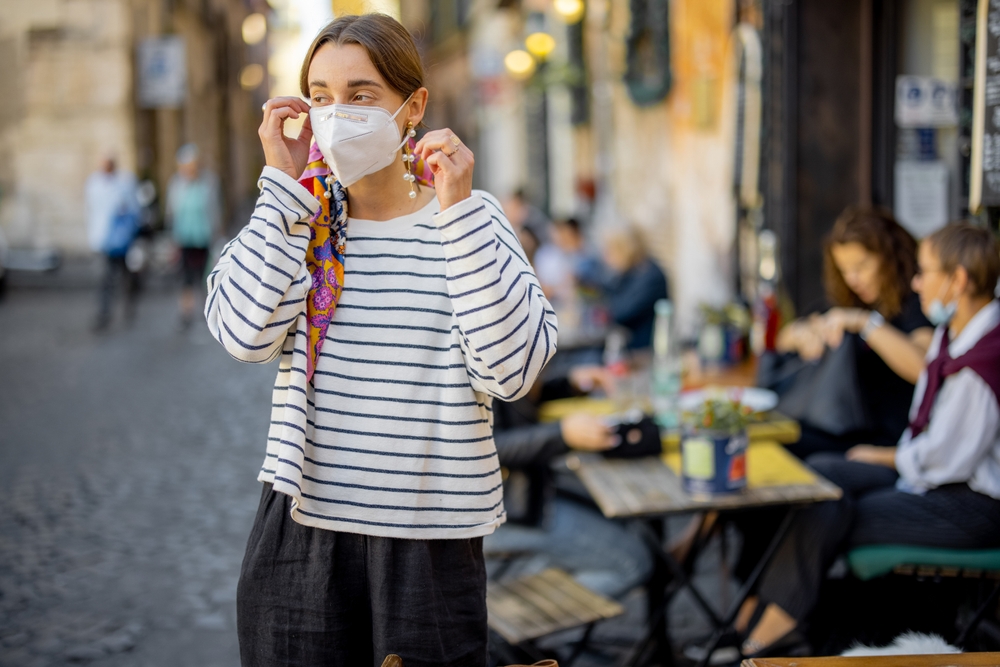 After two years of constantly changing health precautions and endless worry, the general public is more than ready to put the COVID-19 pandemic behind them. But just as life appears to be headed back to normal, a different virus has created yet another international health scare as an outbreak of monkeypox has begun to spread—including within the U.S. Now, as case numbers continue to rise across a growing number of countries, the Centers for Disease Control and Prevention (CDC) has issued a major warning to some people about the potential new viral threat. Read on to learn more about monkeypox and see what you may have to be careful of in the coming weeks.

READ THIS NEXT: If You Notice a Blister Here, Get a Blood Test, Experts Say.

Even as monkeypox is just beginning to gain attention, the virus has been around for a while. According to the CDC, it was first discovered and earned its name in 1958 when a colony of research monkeys developed the first recorded outbreak. It’s also designated as a zoonotic viral disease, which means that it usually spreads to people from an infected animal, according to the World Health Organization (WHO). In fact, the first human case wasn’t recorded until 1970, when eradication efforts for smallpox—which is closely related to the monkeypox virus—were being conducted in the Democratic Republic of the Congo.

Since then, reported cases of the virus have remained relatively low and are usually limited to several central and West African countries, per the CDC. However, outbreaks have occurred abroad even before the latest string of reported infections, including one in the U.S. in 2003 caused by imported prairie dogs that led to 71 reported cases across several states, Business Insider reports.

Now, health officials in the U.S. have a new warning in response to the growing monkeypox outbreak. On May 20, the CDC issued a “Level 2” health notice that cautions travelers to “practice enhanced precautions” as the virus spreads, with cases currently reported in North America, Europe, and Australia. While they specify that “risk to the general public is low,” the agency urges anyone traveling to avoid close contact with sick people, “including those with skin lesions or genital lesions.” People on the road should also avoid any contact with dead or live animals, especially small mammals such as rodents or “non-human primates” such as apes or monkeys.

The CDC warns to avoid all contact with contaminated materials used by sick people, including clothing and bedding, or any objects that may have come in contact with an infected animal. The agency also urges travelers not to prepare or eat any meat from wild game or use products “derived from wild animals from Africa,” including creams, lotions, or powders.

In its previously posted information about monkeypox precautions, the agency also warns that travelers should wash their hands often with soap and water—or use an alcohol-based sanitizer with at least 60 percent alcohol instead—and to keep hands away from their face.

While travelers have previously had to contend with risk from the virus, the CDC points out that “none of these people reported having recently been in central or west African countries where monkeypox usually occurs, including the Democratic Republic of the Congo and Nigeria, among others.”

The agency reports that as of May 23, infections have been reported in 16 countries, including Australia, Austria, Belgium, Canada, England, France, Germany, Israel, Italy, Netherlands, Portugal, Scotland, Spain, Sweden, Switzerland, and the United States. So far, monkeypox cases stateside include one confirmed case in Massachusetts, as well as one presumptive positive case in New York, one in Washington, two in Utah, and two in Florida, ABC News reports.

According to the CDC, anyone who develops a new and unexplained skin rash or lesions on any part of the body should avoid contact with others, whether or not they also develop fever and chills. They advise calling ahead to a healthcare provider and telling a doctor if they’ve been in contact with someone infected with monkeypox or if they’ve been to an area where the infection has been reported in the past month.ae0fcc31ae342fd3a1346ebb1f342fcb

Typically, the agency says that the virus causes symptoms similar to smallpox that are milder in comparison and usually begins with fever, headache, muscle aches, backaches, chills, and exhaustion. One key discerning factor between the two viruses is that monkeypox causes swelling in the lymph nodes while smallpox does not. The CDC says that the incubation period from infection to the first signs of sickness usually ranges from seven to 14 days but can be as long as five to 21 days. And while the WHO notes that monkeypox can be fatal in one to 11 percent of infected patients, cases in the latest outbreak all appear to be caused by the less virulent strain of the virus, The Washington Post reports.

Fortunately, despite lingering questions about potential new forms of transmission, most experts remain cautiously optimistic that the recent rise in cases likely doesn’t pose a serious health threat on the level of COVID-19. “I think the risk to the general public at this point, from the information we have, is very, very low,” Tom Inglesby, MD, director of the Johns Hopkins Center for Health Security, told The Post.

READ THIS NEXT: If You Notice This on Your Face, It Could Be an Omicron Symptom.

Share
Facebook
Twitter
Pinterest
WhatsApp
Previous articleAlanis Morissette Joins Olivia Rodrigo On Stage To Sing ‘You Oughta Know’ At Her Show: Watch
Next articleTim McGraw Begs For A ‘Cure’ After Texas Shooting: ‘This Is Not Normal’