This Could Be Your First Monkeypox Symptom, Doctors Warn — Best Life 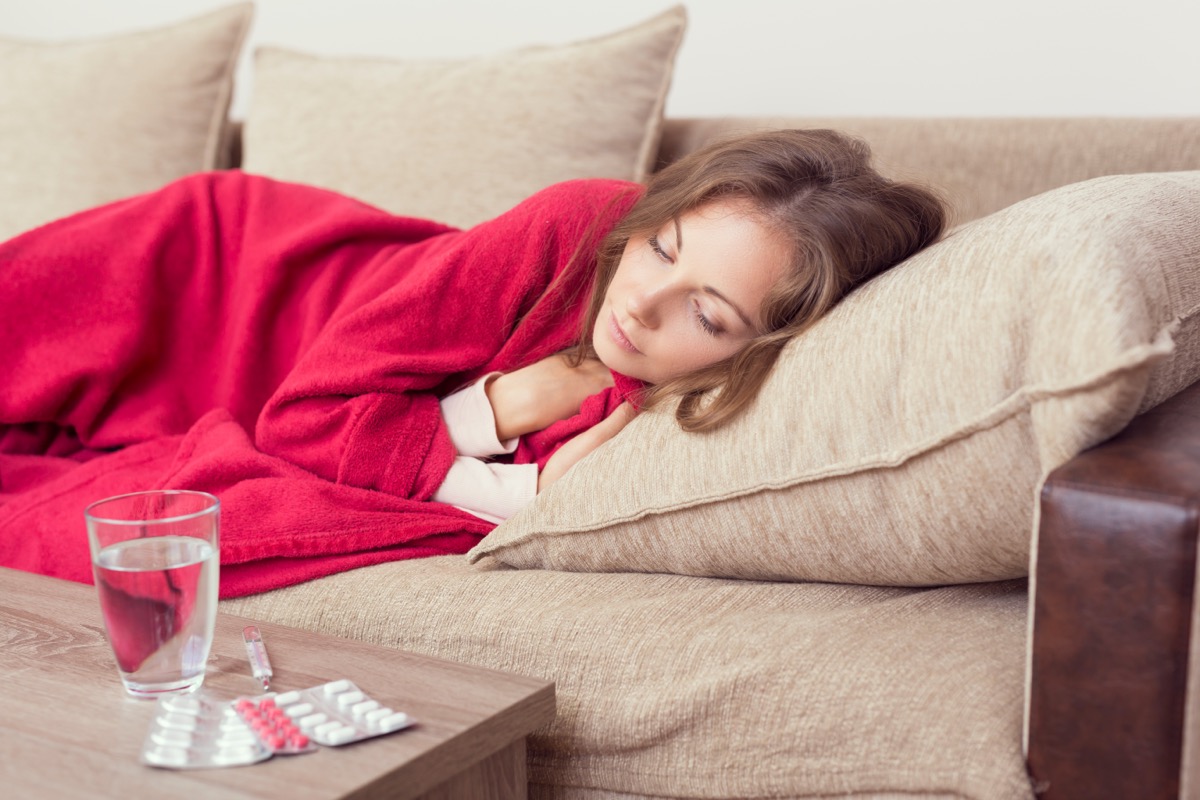 In the wake of the COVID-19 pandemic, we’re eager to finally feel at ease when it comes to global health. Unfortunately, another virus, monkeypox, is now on the rise. Health officials are considering using stores of the smallpox vaccine, which are also effective for monkeypox, as over 100 cases were reported in 14 countries as of May 23—including the U.S., The New York Times reported. The Centers for Disease Control (CDC) confirmed that U.S. monkeypox cases are “very rare,” but in the event that the disease is contracted, the most obvious sign is a rash. Prior to this, though, there is another easy-to-miss symptom that could signal infection. Read on to find out which warning sign you should be paying attention to.

READ THIS NEXT: You Could First Develop These 2 COVID Symptoms a Year Later, New Study Says.

According to the World Health Organization (WHO), monkeypox is a viral zoonotic disease, meaning it can spread from animals to people. The virus is typically found in West Africa, according to the WHO, and certain rodents native to the continent are thought to be the main carriers.

Discovered in 1958 in a colony of monkeys, the first monkeypox case in humans was recorded in 1970 in the Democratic Republic of Congo, the CDC says. Since that time, the virus has spread to other African countries, and also made its way to other continents via travel and imported animals. The most recent spike in cases is of concern for health experts across the globe, and while it remains relatively small—and so far, is producing mild cases—you’ll want to keep an eye out for a sneaky symptom you may not think to attribute to monkeypox.ae0fcc31ae342fd3a1346ebb1f342fcb

READ THIS NEXT: If You Notice a Blister Here, Get a Blood Test, Experts Say.

According to the CDC, the symptoms of monkeypox are similar to smallpox but generally milder. But while images of rashes may be top of mind, there are other indicators that could signal a monkeypox infection earlier. In fact, a fever is one of the first symptoms of monkeypox, often accompanied by headache, muscle aches, and exhaustion, the agency says. The painful rash generally appears one to three days after a fever, with lesions starting out flat, then becoming raised as they fill with pus and eventually fall off.

The time between infection to showing symptoms is generally between seven and 14 days, but the larger range is anywhere between five to 21 days, the CDC says. Once infected, patients are sick for anywhere between two to four weeks.

Monkeypox is spread when a human comes in contact with another human, animal, or material infected with the virus, the CDC says. Humans can get monkeypox by being bitten or scratched by an infected animal, coming into contact with an infected animal’s bodily fluids or feces, or by consuming undercooked meat. When transferred from human to human it is through large respiratory droplets, which require extended face-to-face contact, as well as direct contact with body fluids or lesions.

With an increasing number of cases, researchers are working to learn more about these transmission rates. According to The New York Times, researchers and epidemiologists believe this resurgence could be due to increased contact with animals, which is tied to urbanization and deforestation. Additionally, people are traveling more than they did at the height of the COVID pandemic, and also traveling to different parts of the world. To bring some comfort, experts did say that they do not yet have evidence that the monkeypox virus has “evolved or become more infectious,” The New York Times notes.

While all of this news can be scary and disconcerting, officials have also dispelled fears about monkeypox leading to a similar situation experienced with coronavirus.

“As surveillance expands, we do expect that more cases will be seen. But we need to put this into context because it’s not COVID,” Maria Van Kerkhove, MD, infectious disease epidemiologist and COVID-19 technical lead for the WHO, said during a live online Q&A on May 23 (via The New York Times).

Experts have fewer concerns thanks to how the virus spreads. Unlike COVID, the transmission of monkeypox spreads at a slower rate due to its composition. Monkeypox is made of double-stranded DNA, Luis Sigal, DVM, PhD, expert in poxviruses at Thomas Jefferson University, explained to The New York Times, and it is unable to travel very far as it is larger and heavier. The coronavirus is a single-stranded RNA virus, Sigal noted, which allows the virus to spread through smaller particles and travel past that now-infamous six feet through the air.

While transmission differs compared to COVID, you can take similar precautions to keep yourself protected, primarily washing your hands after contact with humans or animals known to be infected. If you do experience symptoms, namely an unusual rash or lesion, the CDC asks that you contact your healthcare provider.

No treatment currently exists for monkeypox and symptoms tend to resolve on their own, the WHO says, but the smallpox vaccine, two antivirals (cidofovir and tecovirimat), and an intravenous treatment first developed for smallpox may be used to control the ongoing outbreak.

READ THIS NEXT: If You Notice This on Your Skin, Get a Blood Test, Experts Warn.