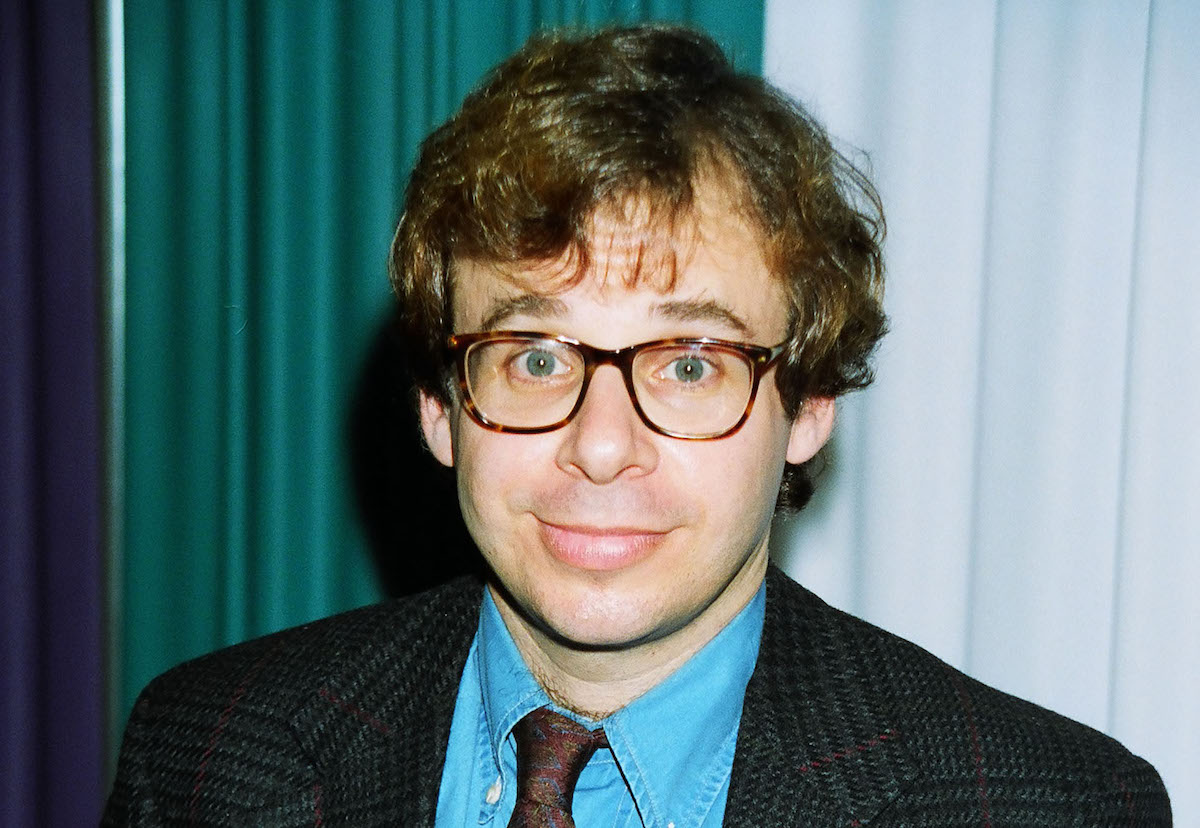 Whether it was with SCTV, Ghostbusters, the Honey, I Shrunk the Kids movies, or one of his other projects, there’s a good chance Rick Moranis had you laughing in the ’80s and ’90s. But, while he was once one of the most popular comedians in Hollywood, you may have noticed that Moranis has not appeared on screen for quite some time. The last time he was actually in a movie—rather than just lending his voice to one—was 25 years ago in 1997 when he starred in Honey, We Shrunk Ourselves.

Moranis, now 69, had a very important reason for stepping back from acting. And—as he explained in a rare interview—he’ll have to have a good reason for getting back onscreen, too; though he doesn’t consider himself officially retired. Read on to find out why the Little Shop of Horrors actor made the career decision he did.

READ THIS NEXT: This Is Why You Never Hear From Gene Hackman Anymore.

Moranis married his wife, makeup artist Ann Belsky, in 1986, and they welcomed two children together. Sadly, Belsky died of breast cancer in 1991 at age 35. As Moranis explained in an interview with The Hollywood Reporter in 2015, he hadn’t planned on stepping away from acting on screen, but it happened naturally as he worked out what his schedule would need to be in order to be there for his children.

“It wasn’t a formal decision,” he said. “It began in an already busy year where I declined a film that was being shot out of town as the school year was beginning. But I was fortunate to be able to continue to make a living writing and doing voice work in Manhattan.”

He continued, “Stuff happens to people all the time, and people make adjustments, change careers, move to another city. Really, that’s all I did.”

As Moranis mentioned in the THR interview, just because fans were no longer seeing his face, that didn’t mean he wasn’t still working. He wrote and created the animated show Bob & Doug based on SCTV characters, has put out comedy albums, and continued to take on voice roles, including in the Brother Bear movies and in Miss Spider’s Sunny Patch Kids. He has also written for The New York Times.

Moranis told The Hollywood Reporter that he doesn’t have any regrets about taking on fewer roles. “I was working with really interesting people, wonderful people,” he said of the earlier stage of his career. “I went from that to being at home with a couple of little kids, which is a very different lifestyle. But it was important to me. I have absolutely no regrets whatsoever. My life is wonderful.”ae0fcc31ae342fd3a1346ebb1f342fcb

When Moranis was interviewed by The Hollywood Reporter, he had recently turned down a role in the 2016 Ghostbusters remake. “I hope it’s terrific. But it just makes no sense to me. Why would I do just one day of shooting on something I did 30 years ago?” he said of his decision.

Moranis also called himself “picky” and reflected on how many remakes and reboots are being produced these days. “I’m surprised that Disney hasn’t done Honey, I Shrunk the Grandkids,” he said. “But I’m happy with the things I said yes to, and I’m very happy with the many things I’ve said no to. Yes, I am picky, and I’ll continue to be picky. Picky has worked for me.”

In 2020, Deadline reported that Moranis was set to return for another movie in the Honey, I Shrunk the Kids franchise titled Shrunk. The movie will reportedly focus on the now-adult son of Moranis’ character, who would be played by Josh Gad. And, as Moranis predicted, it is about his grandchildren being shrunk. No other updates on the movie have been announced yet.

Moranis has only taken on the occasional voice role over the 25 years, but he did make an appearance on the Disney+ docuseries Prop Culture in 2020. Moranis appeared in an episode about the props used in Honey, I Shrunk the Kids. As reported by Entertainment Weekly, he says on the doc, “If [Honey, I Shrunk the Kids] were made today, it would be made very differently, probably just with green screen and computer-generated stuff.”

Also in 2020, Moranis co-starred in a Mint Mobile ad with Ryan Reynolds. The ad itself is about how much Moranis’ career has changed since he was a major movie presence.

READ THIS NEXT: This Is Why You Never Hear From Bridget Fonda Anymore.