‘Top Gun: Maverick’ Twist: Everything To Know About That Heartbreaking Death 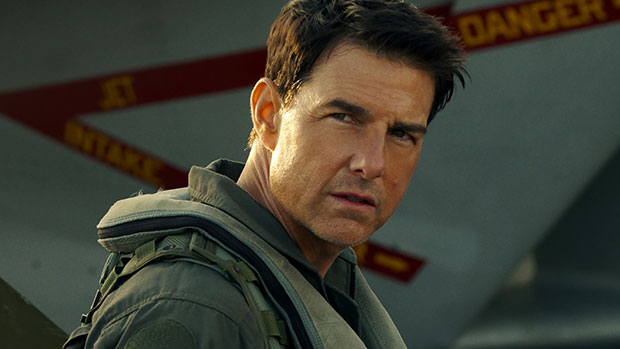 Top Gun: Maverick is full of nods to the hit 1986 film that started it all. In addition to Tom Cruise’s Captain Pete “Maverick” Mitchell, Val Kilmer reprises the iconic role of Tom “Iceman” Kazansky, who has become a four-star Admiral. Maverick and Iceman share one of the most moving scenes in the movie, reuniting Tom and Val onscreen for the first time in nearly 40 years.

After nearly being grounded, Iceman comes to Maverick’s rescue with the Naval Academy. He requests Maverick to teach the Top Gun pilots how to fly a dangerous mission. Iceman knows that Maverick is the only one capable of getting these pilots ready.

Maverick agrees and quickly crosses paths with Lieutenant Bradley “Rooster” Bradshaw, the son of his beloved friend Goose. In the midst of training, Iceman texts Maverick that he needs to see him. “Not a good time,” Maverick replies. Iceman isn’t asking, so Maverick pays him a visit. Iceman’s wife explains that his cancer has returned. “Speaking is painful now,” his wife says.

Maverick goes to see Iceman in his office. “I want to talk about work,” Iceman types on his computer. Maverick talks about the training and Rooster. Maverick believes Rooster will never forgive him for pulling his application to the Naval Academy. “There’s still time,” Iceman types. He encourages Maverick to focus on training Rooster, who is capable of taking on this mission. Maverick is afraid that he’ll lose Rooster like he lost Goose.

“It’s time to let go,” Iceman types. A tearful Maverick replies, “I don’t know how.” Maverick admits that the only reason he’s here is because of Iceman.

Val was diagnosed with throat cancer in 2015. He underwent chemotherapy and two tracheotomies. His voice has been severely limited due to radiation and chemotherapy treatments. He now uses a feeding tube to eat. As of 2020, Val is cancer-free.

Producer Jerry Bruckheimer revealed to THR that Tom insisted on Val’s return. “He said, ‘I’m not making this movie without Val’. When we filmed it, it was a very emotional day, having Val there and seeing him work with Tom after 35 years,” Jerry said. Top Gun: Maverick is now in theaters.