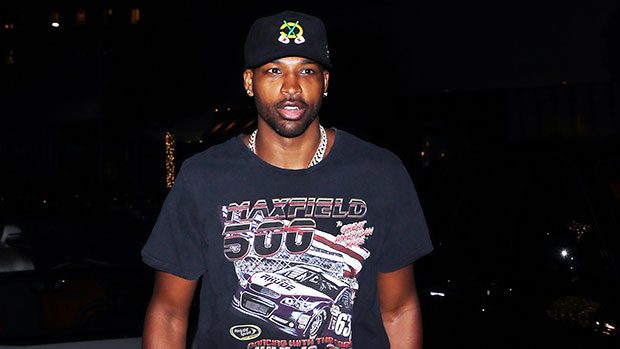 Tristan Thompson is working through serious things via social media. The Chicago Bulls star, 31, took to his Instagram stories to post a message that seems to address the loss of his relationship with Khloe Kardashian, 37. “Growth requires us to leave something behind,” he wrote in a May 25 story. “It can be habits, careers, beliefs, even people. Make space for grief in the process of growth. You have to mourn your former life to make room for a newer you.”

The exchange was obviously filmed before news hit that Tristan fathered a child with model Maralee Nichols — and that proved to be just the thing that would push Khloe too far. On January 3, Tristan took to Instagram to take responsibility for the newborn and the pain he’d caused. “I take full responsibility for my actions,” he wrote. “Now that paternity has been established, I look forward to amicably raising our son. I sincerely apologize to everyone I’ve hurt or disappointed throughout this ordeal both publicly and privately.”

He also offered a personal apology to Khloe, with whom he shares 3-year-old daughter True Thompson. “Khloé, you don’t deserve this,” he continued in a separate post. “You don’t deserve the heartache and humiliation I have caused you. You don’t deserve the way I have treated you over the years. My actions certainly have not lined up with the way I view you. I have the utmost respect and love for you. Regardless of what you may think. Again, I am so incredibly sorry.”

“I think he’s a great guy and a great dad, he’s just not the guy for me,” Khloe later told Robin Roberts of ABC News in April.

Maralee Nichols: 5 Things To Know About The Mother Of Tristan Thompson’s 3rd Child