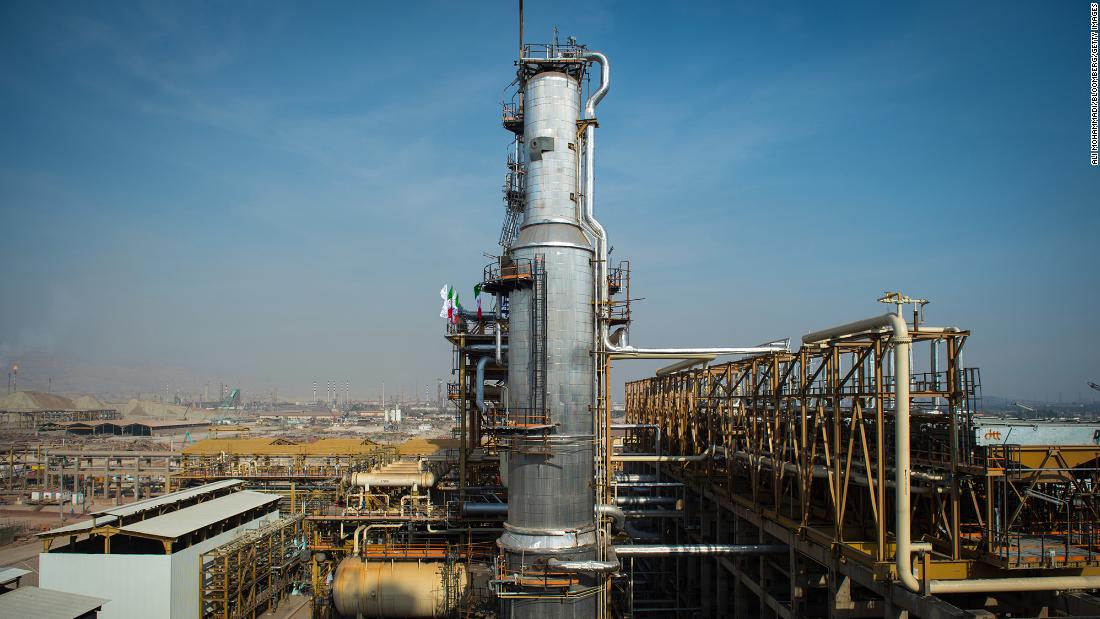 The European Union is aiming to join the United States and the United Kingdom in sanctioning Russian oil. European diplomats are trying to reach consensus on a deal to halt Russian oil imports to the bloc that could be signed off by leaders meeting in Brussels on May 30.
For Iran, whose exports are already sanctioned, this means the market for unsavory oil is going to get crowded. Buyers will have more options, potentially starting a price war between producers whose crude few want to touch. Russia is the world’s second biggest oil exporter, after Saudi Arabia.
But the move may also give more urgency for Tehran to reach an agreement with world powers to revive the 2015 nuclear pact that was abandoned by the Trump administration in 2018. The agreement would lift sanctions and open Iran’s oil up to the world market.
China has been Iran’s number one oil buyer for the past two years, but Russia may have already started biting into that share.

Experts say there has been a slump in Iranian crude oil exports to China since Russia launched its invasion of Ukraine in February, along with an increase in Russian exports to China.

Since the beginning of the Ukraine war, China has bought more than 7 billion euros ($7.5 billion) worth of Russian fossil fuels, according to the Center for Research on Energy and Clean Air. Most of that was crude oil.

Meanwhile, Iran’s sales to China have fallen by more than a quarter, analysts say.

“I think right now it is about a fourth, on its way to becoming a third,” said Amir Handjani, a non-resident fellow at the US think tank, the Quincy Institute for Responsible Statecraft. As Chinese buyers purchase less and ask for bigger discounts, Iran might lose vital foreign currency revenues, he added.

Russia offers China cheaper barrels, a higher grade of oil and none of the secondary US sanctions that put non-US entities that deal with Iran at risk of being cut off from the US market, experts say. That has some in Iran worried amid concerns about a price war.

“The only lifeline Iran really has right now for its crude is through China,” said Handjani. “It has really been China keeping Iran afloat.”

This month, Iranian oil minister Javad Owji said Iran is selling its oil at “a good price” and that “new markets have been identified.”
Hamid Hosseini, board member of Iran’s Oil, Gas and Petrochemical Products Exporters’ Union said the government should be aware that Iran’s oil exports to China may suffer as Russia enters that market, the semi-state ILNA news agency reported.

“We can say that finally, Russia has taken our share,” he said, adding that the situation presents “the best opportunity” to revive the 2015 nuclear agreement.

Talks between Iran and world powers aimed at reviving the agreement have stalled since March. The last remaining major sticking point is Iran’s outstanding demand that the US removes Iran’s elite Revolutionary Guard Corps from its list of foreign terrorist organizations.

Russia and Iran, often aligned on international matters, now find themselves in a rivalry.

Moscow in March emerged as an unlikely hurdle to the nuclear deal, when it asked for written guarantees from the US that its dealings with Iran would not be hindered by Western sanctions on Moscow. It later backed down on its demands.

“They [Iran] have options,” said Handjani. “The best option for them is to join the [nuclear agreement].”

Abhi Rajendran, director of research at information company, Energy Intelligence, said the rise in Russian oil exports to China does not yet change the equation meaningfully, noting that Asia is a large oil market.

But “there are limits to how much these buyers can take,” he said, adding that the current lockdown in China after a spike in Covid-19 cases may affect demand.

A Palestinian Authority investigation into the killing of Al Jazeera journalist Shireen Abu Akleh said she was shot dead by Israeli forces using an armor-piercing bullet, Palestinian Attorney General Akram Al-Khatib said Thursday. He said Abu Akleh was running away from the direction of the gunfire when the bullet struck her in the head, causing a laceration of the brain tissue and killing her. Israel’s top military officer, Lt. Gen. Aviv Kochavi immediately rejected the Palestinian allegations, saying “there is one thing that can be determined with certainty – no IDF soldier deliberately shot the journalist. We investigated that. That is the conclusion and there is no other.”

Iraq makes it illegal to attempt normalizing ties with Israel

Iraq’s parliament approved a law on Thursday that will ban normalizing relations with Israel, at a time when several Arab countries have established formal ties.

The return of a popular comic in faraway Japan has Arabs from Algeria to the United Arab Emirates elated.

After a four-year hiatus due to illness, Yoshihiro Togashi, the creator of the “Hunter x Hunter” manga posted a teaser on Twitter, saying “4 more episodes for the time being.” The tweet received 1.3 million likes in less than 12 hours.

In the manga-crazy Arab world, the hashtag was trending in several countries. Many Arabs grew up watching animated manga dubbed in Arabic.

Arabs know “Hunter x Hunter” through its Arabic-dubbed cartoon adaptation called “Al Qannas” (the Sniper). The show was a staple in many Arab households, and for many Arabs, its introduction song elicits memories of the early 2000s, when cartoons were watched over satellite receivers and on box-like CRT televisions.

Syrian singer Rasha Rizq was the voice of that tune. In a 2017 concert in Jordan’s Roman amphitheater, she surprised audiences by singing the iconic song from Hunter x Hunter, causing a rapturous response.

Manga, or Japanese comics, and anime, or cartoons, are hugely popular in the Middle East. Saudi Arabia has festivals dedicated to anime, while at least one publisher specializes in creating localized manga.

Photo of the day