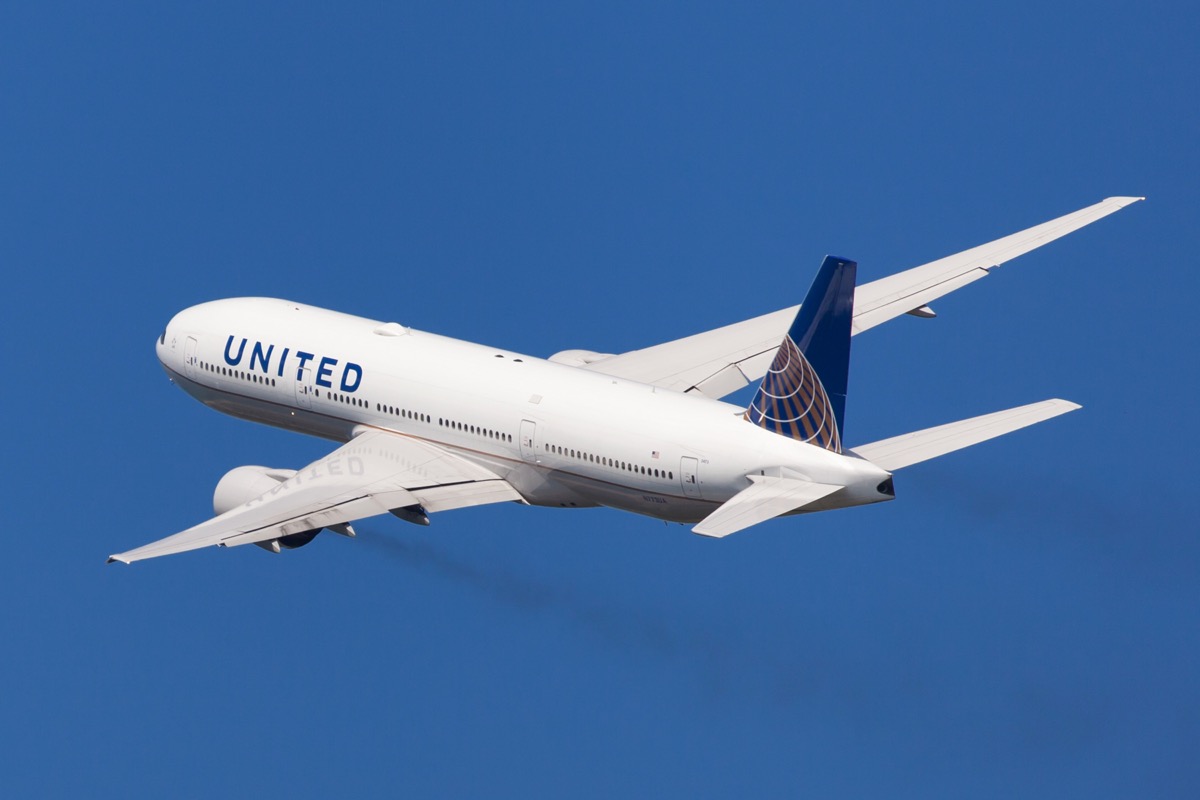 When the pandemic suddenly disrupted the travel industry in March 2020, it seemed hard to imagine a time when demand would again be strong. (In fact, that failure of imagination at a chaotic time is what led to airlines’ mass furloughs and layoffs that would later result in widespread staffing shortages.). But that upswing happened much more quickly—and sharply—than many had dared to dream.

In this new environment of enormous passenger demand for air travel, airlines are bulking up their schedules to accommodate. While there’s some good news for passengers in expanded schedules and services, there are some nuisances in the mix, too. Read on to learn the demand-related issue passengers should know about before taking to the skies this summer.

READ THIS NEXT: Never Do This Before Takeoff, Flight Attendant Warns.

Despite staffing shortages and other operational obstacles, various carriers have attempted to meet the moment by expanding their schedules. Earlier this month, American Airlines announced it would be adding new flights to four major cities, adding daily departures between Dublin, Ireland and Charlotte, Chicago O’Hare, and Dallas–Fort Worth operated through Oct. 29.

Last month, Southwest announced schedule changes, too. As of June 5, the carrier will begin offering once-daily service between Sacramento and Santa Barbara, California; daily flights between San Jose, California, and Eugene, Oregon; and daily service between Maui and Kauai, Hawaii. The additions also included an increase in departures for existing routes among destinations in California, including San Diego, Sacramento, and San Jose, while also adding more flights throughout the Southwest U.S. region. In addition, the carrier also bulked up intra-island flights in Hawaii from Honolulu to Maui, Hilo, Kona, and Kauai and international service from Fort Lauderdale and Tampa, Florida, to Havana, Cuba.

READ THIS NEXT: Never Forget to Do This After Your Flight Lands, Flight Attendant Warns.

Naturally, the industry effects rippling from the intense demand isn’t all good news for passengers. And United Airlines CEO Scott Kirby recently spelled out one major drawback passengers should expect.

“There are staffing shortages across the whole economy that affects the [Transportation Security Administration] and others around airlines,” Kirby said in an interview on CBS Mornings. “But I would get to the airport a little earlier this summer.”

United Airlines now suggests passengers arrive to the airport earlier than was previously recommended: at least two hours ahead of a domestic flight and three hours before an international flight.ae0fcc31ae342fd3a1346ebb1f342fcb

Domestic travelers with checked bags will need to check in at least 45 minutes before a flight departure, and even those without bags must do so at a minimum of 30 minutes before departure.

READ THIS NEXT: For more up-to-date information including travel news and advice, sign up for our daily newsletter.

In the interview, Kirby explained that the existing staffing shortages—which already make for a tenuous situation—become exacerbated if somebody gets COVID, which leads to a snowballing cluster of absences. It’s a challenge that Kirby explained the carrier was well aware of, and was working to improve communication with passengers to smooth related issues as much as possible.

“You can’t avoid that there are going to be weather issues,” he said, “But communicating with customers, investing in the experience and the product on the airplane” can all contribute to passengers’ positive experience.

READ THIS NEXT: If You Hear These 7 Words on a Flight, an Engine Has Failed, Pilot Says.